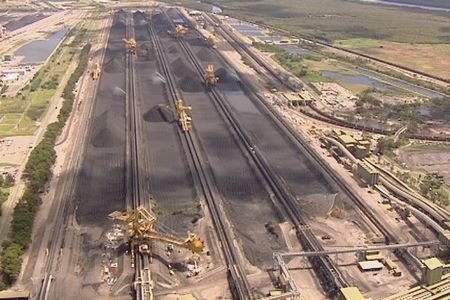 Viewers of the ABC’s 7.30 Report on the 28th of May this year might have been alarmed by a story that represented half a dozen Papua New Guinean diesel mechanics on 457 visas as a threat to the livelihoods of upstanding white citizens in the coal mining communities of northern New South Wales.  As reporter Matt Peacock put it: ‘What makes it worse for the Gunnedah locals is that while they’ve been sacked, six Papua New Guinean workers brought in on 457 visas have kept their jobs as diesel fitters, doing maintenance on the big coal trucks.’  The Papua New Guineans in question were understandably reluctant to be interviewed, mindful perhaps of Julia Gillard’s complaints about the ‘rorting’ of the 457 visa scheme. As if to explain their reluctance, Matt Peacock thought he had evidence that most of the Australian tradesmen who had been sacked by their employer were solid trade union members with ‘multiple qualifications’, while the Papua New Guineans who kept their jobs had ‘next to none’. It soon began to sound like a story about filthy, foreign, fly-in-fly-out scab labour in the mining industry. Tony Windsor even popped up to link the ‘gutting of regional communities’ with the ‘politics of boat people’

Now we know that Tony Windsor has been much exercised by the social impact of commuter mining and ‘fly-in-fly-out’ forms of employment on rural and regional Australia because he has chaired a parliamentary inquiry into the subject. But where do Papua New Guinean mine workers fit in this scheme of things?

It may come as a surprise to discover how few Papua New Guineans are living and working in Australia – at least to judge by official statistics. According to the 2011 national census, the total number of people living in Australia who have Papua New Guinean mothers and fathers is less than 9000. About 1500 of them are Papua New Guinean women who have migrated to Australia as a result of marriage to men who are not Papua New Guineans. About 2000 are students (or members of their families) who normally return to PNG on the completion of their studies. The available evidence suggests that another 2000 could be mineworkers and members of their families, some of whom may now be Australian citizens, but most of whom have permanent or temporary residence visas.

Evidence from the Department of Immigration and Citizenship appears to confirm that the recent resource boom has created a new opportunity for Papua New Guineans to migrate to Australia – albeit in relatively small numbers. It has certainly created a bigger opportunity than the Pacific Seasonal Worker Scheme previously discussed on this blog. Only 82 PNG citizens entered Australia by this route between the middle of 2010 and the middle of 2012, and all have since gone home. During that same period, 354 PNG citizens arrived on temporary 457 visas, while 764 seem to have acquired permanent residence as a result of their employment, and 366 as a result of their family situation. Out of 327 PNG citizens holding 457 visas in the middle of 2012, almost three quarters (238) had been sponsored by employers in the mining industry.

In 2012, my colleague Ben Imbun at the University of Western Sydney located and interviewed a sample of 39 Papua New Guineans currently employed in the Australian mining industry as part of an AusAID-funded study of the impact of the resource boom on job opportunities in PNG. We cannot tell whether this is a representative sample, but the results are interesting. They had all grown up in PNG, more than 80% had tertiary qualifications, and 50% said they were earning more than A$4000 a fortnight after tax. They were clearly a well-qualified and well-paid group of workers. They had been in their current jobs for an average of 2 years, and all seem to have been employed in the PNG resource sector before migrating to Australia. I actually met one of them on a plane trip from Cairns to Sydney the other day. He is PNG’s most highly qualified petroleum engineer, has an honorary position at the University of New South Wales, and – guess what – he has now taken a job back in PNG on a ‘fly-in-fly-out’ basis while his Papua New Guinean wife and six children remain at his home in Western Sydney.

Australians who complain about ‘their’ jobs being taken by Papua New Guinean immigrants who commute from urban areas to rural and regional project locations should remember that the number of Australians who work in the PNG resource sector on a fly-in-fly-out basis is roughly the same as the number of Papua New Guineans employed in the Australian resource sector, although most of the Papua New Guineans have brought their families to live in Australia. The Australians who work in the PNG sector are generally paid more than twice as much as their local counterparts with the same qualifications, which is why their local counterparts have an incentive to migrate to Australia, where they no longer suffer this form of discrimination. And to judge by the evidence of our sample, the Papua New Guineans now working in the Australian resource sector make a far bigger contribution to development at home, in the form of regular remittances, than the handful of temporary agricultural workers recruited through the Pacific Seasonal Worker Scheme.

If there is one common strand to Australian policy towards PNG since independence, it has been a determination to limit the number of Papua New Guineans coming to Australia. Prime Minister Peter O’Neill complained about this on the occasion of Julia Gillard’s recent visit to PNG. To judge by the official statistics, the policy has been enormously successful. If the resource boom has enabled 2000 Papua New Guineans to breach the walls of the Australian fortress, it is not so much a lamentable brain drain from PNG, let alone a rude attack on the rights of native Australian workers, as evidence that some Papua New Guineans can compete as equals in a global labour market and still contribute to PNG’s national development.