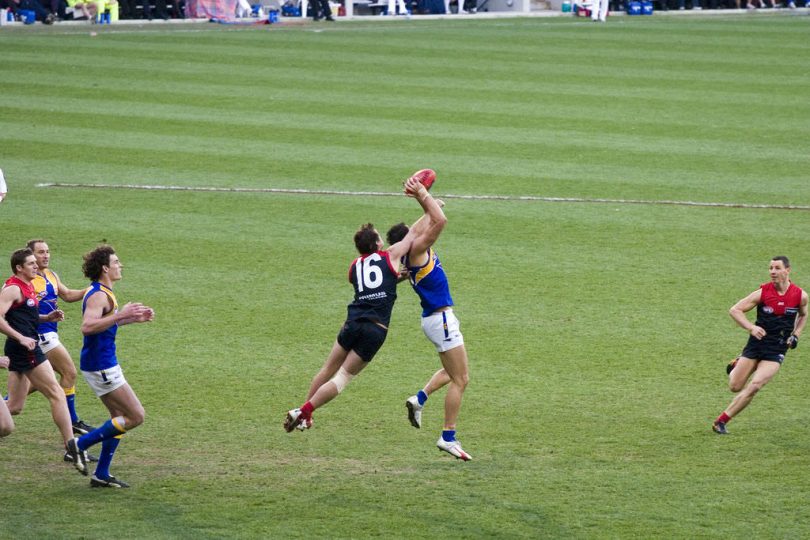 I have always been fascinated by how badly international humanitarians behave in an emergency response. I recognise this is a blanket statement but it seems to me that there is a process of crossing some ethical thresholds as you step off the plane; cross the border; hurry down the walkway into a humanitarian crisis. Recruitment is one of those ethical thresholds. Every agency needs to quickly expand their staff base, have national minds at the disposition of the many international staff that can’t speak the language, and have representation at the plethora of meetings required to operate in a humanitarian context. All these needs have repercussions on recruitment. A most notable consequence is that agencies will do almost anything to get the best staff as quickly as possible. Sounds reasonable, right? Except ethics get left at the door and international organisations win the recruitment battle against smaller national and local organisations with bigger salaries and the allure of being part of the international machinery. More than this, international organisations poach staff.

The Australian Football League (AFL) follows rules for the recruitment of players from state football clubs such as the Victorian Football League (VFL). I am no footballer, but my understanding is that the rules are in place to ensure that state clubs (which are smaller and less well-resourced) are recognised for their role in identifying and training talented players, and to ensure that they remain financially viable institutions that continue to contribute to the footballing ecosystem. If a player is recruited from a state club, a compensation or solidarity fee is provided.

Take for example the iconic football player Adam Goodes who started his career playing for the North Ballarat Rebels, before being spotted by the Sydney Swans and being recruited to play in the AFL. As part of the recruitment process, a compensation fee was paid to the North Ballarat Rebels, recognising their role in developing Goodes’ talent and contributing to a great Australian sporting institution.

In one instance related to us by our teams working on the Rohingya crisis in Cox’s Bazar: a UN agency complained to a local partner that they are too slow, to which the local partner responded “it’s difficult when you’ve taken more than ten of our senior staff” (tweet from international agency representative).

In 2016, commitments were made at the World Humanitarian Summit to do things differently. Innovative approaches were proposed by consortiums such as Charter4Change. In fact, the Charter4Change even identified the approach of paying compensation as one of their eight points (apparently drawing on the soccer analogy that is similar to AFL practice):

Stop undermining local capacity: We will identify and implement fair compensation for local organisations for the loss of skilled staff if and when we contract a local organisation’s staff involved in humanitarian action within 6 months of the start of a humanitarian crisis or during a protracted crisis, for example along the lines of paying a recruitment fee of 10% of the first six months’ salary.

Since this time, progress on improving recruitment approaches has been slow, and recent responses, including the Rohingya response, suggest that any progress has had little impact on the ground. The issue has been explored, notably in reports by the Transforming Surge Capacity Project, but interestingly there has been no pilot compensation mechanism as of 30 January 2017. The purely hypothetical space of talking and thinking has generated so many potential barriers to the concept of compensation that international organisations seem to have withdrawn from this particular commitment. Arguments include: the complexity of working out a fair amount to pay; compensation payments will diminish the role of national organisations to recruitment agencies for international organisations; and the fact that the problem cannot be solved only via compensation but also needs to be addressed through more ethical recruitment practices.

Some agencies, such as the Catholic International Development Charity (CAFOD) have taken steps to adopt ethical recruitment guidelines that have an ethical recruitment statement. These are important steps but I am not convinced that they are the only steps, and holding agencies accountable to voluntary guidelines is going to be a slow and challenging journey. I am also not clear on when this became an ‘either – or’ narrative. I see no reason not to try both ethical recruitment and compensation alongside each other. Piloting compensation mechanisms would surely provide evidence in relation to the impact of more formal approach that mirrors some of the success of the AFL and soccer clubs around the world.

So what can we learn from Australian football? Firstly, that there is value in better recognising and respecting the role of smaller actors in any given ecosystem – and this recognition needs to be visible and measurable. Secondly, that compensation is a concrete and practical way of supporting the ongoing role of smaller actors within the ecosystem. Compensation payments could help with covering costs of recruitment, supporting improved capacity development of staff and higher salaries within their organisation. Thirdly, if the political and complex world of AFL can figure out a fair compensation system then surely it should be possible for the humanitarian ecosystem – we certainly shouldn’t be dismissing the approach before even piloting it and learning from those experiences.

Kate Sutton is co-founder and Director of Humanitarian Advisory Group (HAG). She has over 20 years experience in the sector, and a passion for areas including humanitarian protection, women in leadership and localisation of aid. Kate co-leads on HAG’s current research program, Humanitarian Horizons, that explores new ways to localise the delivery of humanitarian aid.