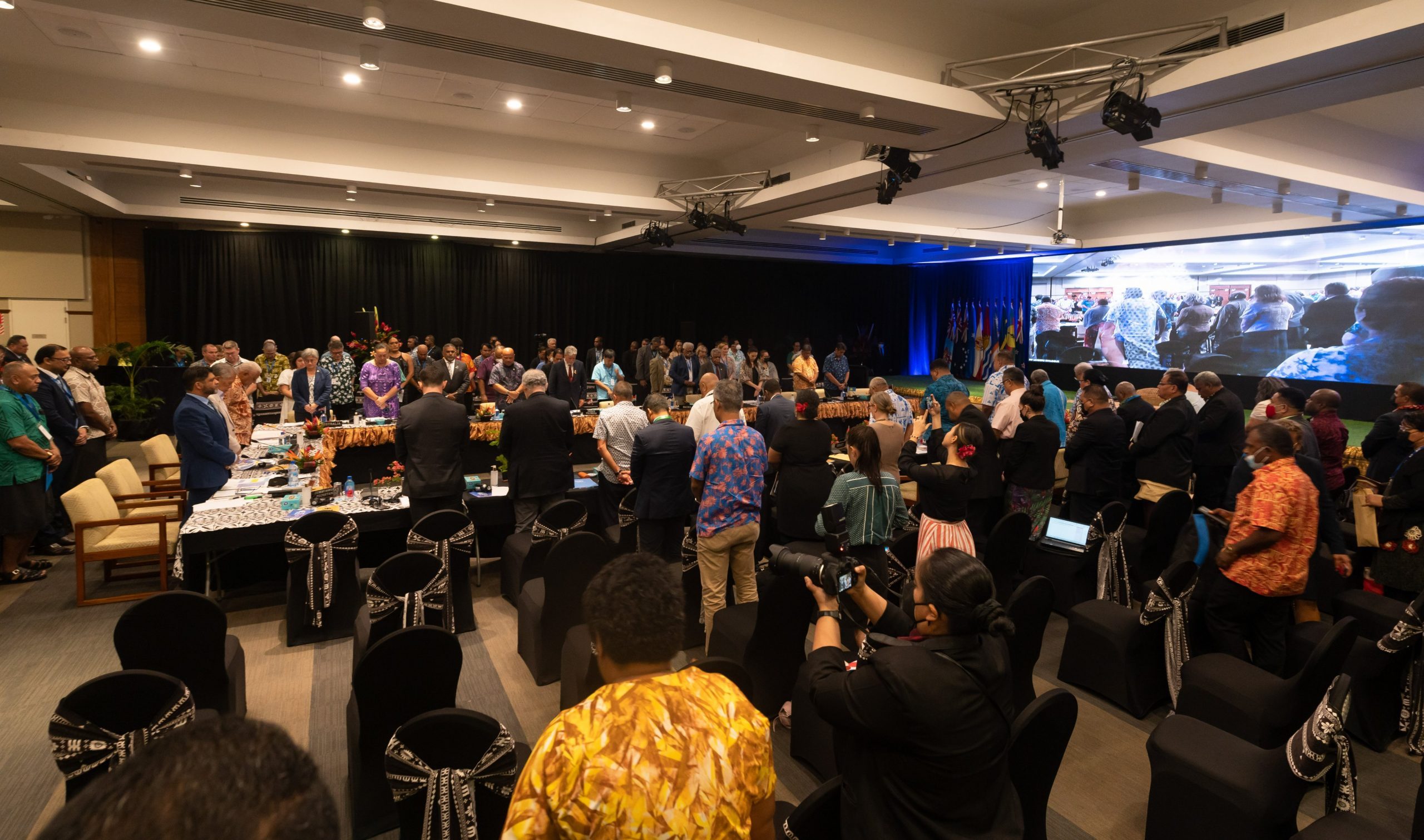 The Pacific Islands Forum leaders’ meeting has ended and what is intriguing is the deafening silence on declining standards of democracy, governance, human rights, media freedom and freedom of speech issues, despite the serious and arguably worsening situation in some regional countries.

The emphasis on climate change is necessary and welcome. However, to deal effectively with climate adaptation and build climate-resilient infrastructure, countries have to mobilise large amounts of resources. Whether these resources are effectively utilised will depend on standards of governance, transparency and accountability. Without these, efforts to deal with the climate change emergency will be fraught with difficulties and wastage of resources.

In any case, not everything can be reduced to climate change, which too often becomes a convenient way of avoiding other hard issues and diverting attention from domestic issues. And we do have other important pressing issues, such as media rights and freedom of expression, that deserved a hearing at the highest levels of this august body, but these were conveniently swept under the ‘sensitive topic’ carpet, or so it seems.

Human rights – including freedom of speech – underpin all other rights, and it is unfortunate that this Forum failed in its moral obligation to send out a strong message of its commitment to upholding these rights.

Australia and New Zealand are regarded as the doyens of human rights and media freedom in the region, and their leaders’ presence at the Forum presented an opportunity to send a strong signal to member countries about the sanctity of these values – but the moment passed without any statement.

Anthony Albanese and Jacinda Ardern could have taken the initiative and spoken out about these issues of their own accord, but they didn’t, thus giving some credence to voices that claim that when it comes to the Forum, Australia and New Zealand are preoccupied with their own strategic interests first, and the interests of Pacific Island countries second.

Towards this end, the two leaders from the Western world seemed at pains to avoid topics deemed unpalatable to their Pacific Island counterparts, seemingly over fears of pushing them further into the arms of China. This includes an apparent fear of upsetting Fiji, which has had a draconian and punitive media act in place since 2010. There are also concerns in Fiji about the independence of important offices, such as the electoral commission, which are especially pressing in an election year.

The Fiji government is also denying the rights of thousands of tertiary students to access good quality education by withholding over FJ$60 million in grants to the University of the South Pacific. Reportedly, during the meetings last week only the Prime Minister of Samoa, Fiamē Naomi Mata’afa, called on the Fijian government to release the grant.

Australia and New Zealand’s silence has given rise to criticism that they are practising the politics of convenience rather than principle and have lost moral ground in the Pacific region.

Appeasing autocratic leaders in our region as a strategy against China is not only unconscionable, it is also short-sighted and counterproductive. A restrictive and undemocratic environment, where the media are suppressed and the people are denied a voice, is advantageous for China. It is thus in Australia and New Zealand’s best interests to fight against such trends by being vocal about them, instead of silent. The sooner Australia and New Zealand realise that appeasement is not the best strategy, the better it will be for them and for the region. If we are vuvale (one family) as Australia says, then we should look at our collective interest, rather than individual interests only.

Unfortunately, the Forum Secretariat chose not to invite the parliamentary opposition leaders in Fiji to any of the meeting’s events, even though they represent a sizable proportion of the country’s population. This was another missed opportunity to get a fuller picture of the situation in Fiji instead of the official version only. It leads to a partial and poor understanding of what is happening, which is hardly the basis for sound decision-making.

As leaders of democracies, Australia and New Zealand need to move away from a self-centred approach, and adopt a more conscientious, long-term outlook in the region. As it stands, in their preoccupation with and fear of China they seem to be losing sight of the goal. Australia and New Zealand should never compromise on governance and human rights and freedom of speech, the building blocks of democracy in the region.