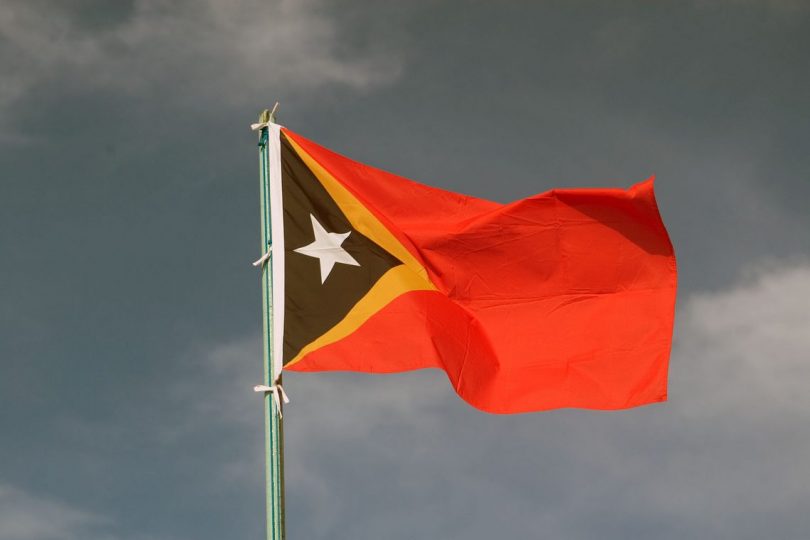 Over the past 75 years, Australian policies relating to Timor-Leste have contributed to the deaths of hundreds of thousands of Timorese people. Though little known in Australia, in Timor grievances about this are widespread, deeply felt and undermine a relationship that should be one of our closest. As Scott Morrison prepares to visit Dili to mark the twentieth anniversary of the tiny nation’s independence vote, he needs to acknowledge, and consider apologising for, the toll Australian decisions have taken on Timorese lives.

Such an apology would need to cover three distinct historical periods.

On 14 December 1941, less than two weeks after the beginning of the Pacific War, 155 Australian soldiers (along with a Dutch contingent) landed at Dili, the capital of then neutral Portuguese Timor. It was believed, reasonably, that the colony could not defend itself and thus represented a strategic liability. The Portuguese administration strongly protested but decided armed resistance would be futile. By 22 January an agreement had been reached that Australian and Dutch soldiers would leave after the arrival of Portuguese reinforcements from Mozambique, but it was too late. On 20 February Japanese soldiers came ashore and Timor became a theatre of war. Uncounted tens of thousands (the most common figure is 40,000) perished. While Australian commemoration of this conflict focuses mostly on those Timorese who helped Australian soldiers, in Timor-Leste Australia’s culpability in drawing them into a horrific war is far from forgotten.

From 1976 to 1998 Australian governments generally ignored the right of Timor-Leste to a fair vote on self-determination. In 1979, in the wake of an Indonesian campaign against Timorese nationalists that included the use of napalm and deliberately induced famine, it offered their presence there de jure recognition. Among other things, a desire to negotiate with Indonesia for access to the oil off Timor’s south coast seems to have been a factor in the decision. Just as it had in 1941, the matter seemed relatively straightforward from Canberra. News of atrocities in Timor were not a major issue for Australian voters, and jeopardising a relationship with a country of more than 200 million for the sake of a possibly Marxist former colony of less than one million was clearly not in the national interest. Though comprehensible from a strategic point of view, this position provided cover for, and arguably enabled, one of the largest mass killings of the twentieth century.

After Timor-Leste’s restoration of independence in 2002, Australia sought to maintain the access to the Timor Sea’s oil it had finally negotiated with Indonesia in 1989 (an occasion marked what by may be the most morally repugnant photo in Australian political history) with such untrammelled determination that it actually deployed Australia’s Secret Intelligence Service (ASIS) (undercover as development workers, no less), to listen in on Timorese politicians and negotiators. There is no dramatic death toll to cite here – just the slow grinding injustice of one of the world’s wealthiest nations enriching itself at the expense of one of the world’s poorest. The spy who eventually blew the whistle on the affair mentioned Timor-Leste’s appalling infant mortality rate as a motivating factor in the instructions he provided to his lawyer.

The long and exceedingly complex saga of the Timor Sea’s oil is not over, but it appears that Timor-Leste finally has a fair deal. This was not a position that was arrived at gracefully, but we got there in the end. In Timor, Morrison will likely point to the visit, rightfully, as the beginning a new and hopefully better Australia/Timor-Leste relationship.

And it might well be, if he is able to leaven his more positive talking points with a frank acknowledgement of the harm that Australian policies have done to Timor in the past, and commit to doing better in the future.

On a recent research trip to Timor-Leste to look at the growing socio-economic importance of remittances there, I spent a lot of time chatting with people about Australia. Two things kept coming up that reinforced why this is an issue that can’t be ignored.

One is that there is genuine affection for Australia and Australians in Timor-Leste. The role of Australian peacekeepers in 1999 and again during the crisis of 2006 is remembered with appreciation. Australian aid/cooperation has been and continues to be a positive factor in the lives of many. One of the best and most recent examples of is the success of the Australian Seasonal Worker Programme, through which in the past year upwards of 1000 Timorese women and men have helped alleviate labour shortages in Australian agriculture and hospitality. Thousands more are waiting for the opportunity. Most of the returned workers I met spoke admiringly of the friendliness of the communities they worked in, the generally fair way they were treated, and the healthy and clean environment (Tetun: mos) they saw around them. In this program, and the mutual goodwill it throws into relief, there is the potential for a strong and even special relationship between the two nations.

The other is that, although they would like to, many Timorese no longer think of the government of Australia as a trusted partner in the way they did 20 years ago. The protests outside the Australian embassy in 2016 (‘stop stealing our oil’) were among the biggest in their history. Although the Australian Embassy in Dili has an impressive line in PR, the reality is that what was once a genuinely close relationship is now marred by distrust. This is, as one Timorese interlocutor put it, ‘the elephant in the room’, and it is not being addressed.

This must change. Timor-Leste is a place where people understand atonement and the need for fresh starts. When he visits Dili, Morrison should acknowledge, and offer a qualified apology for, the adverse consequences Australian actions (even if well justifiable in the ‘national interest’) have had in Timor. Once done, Australia will have no better friend.