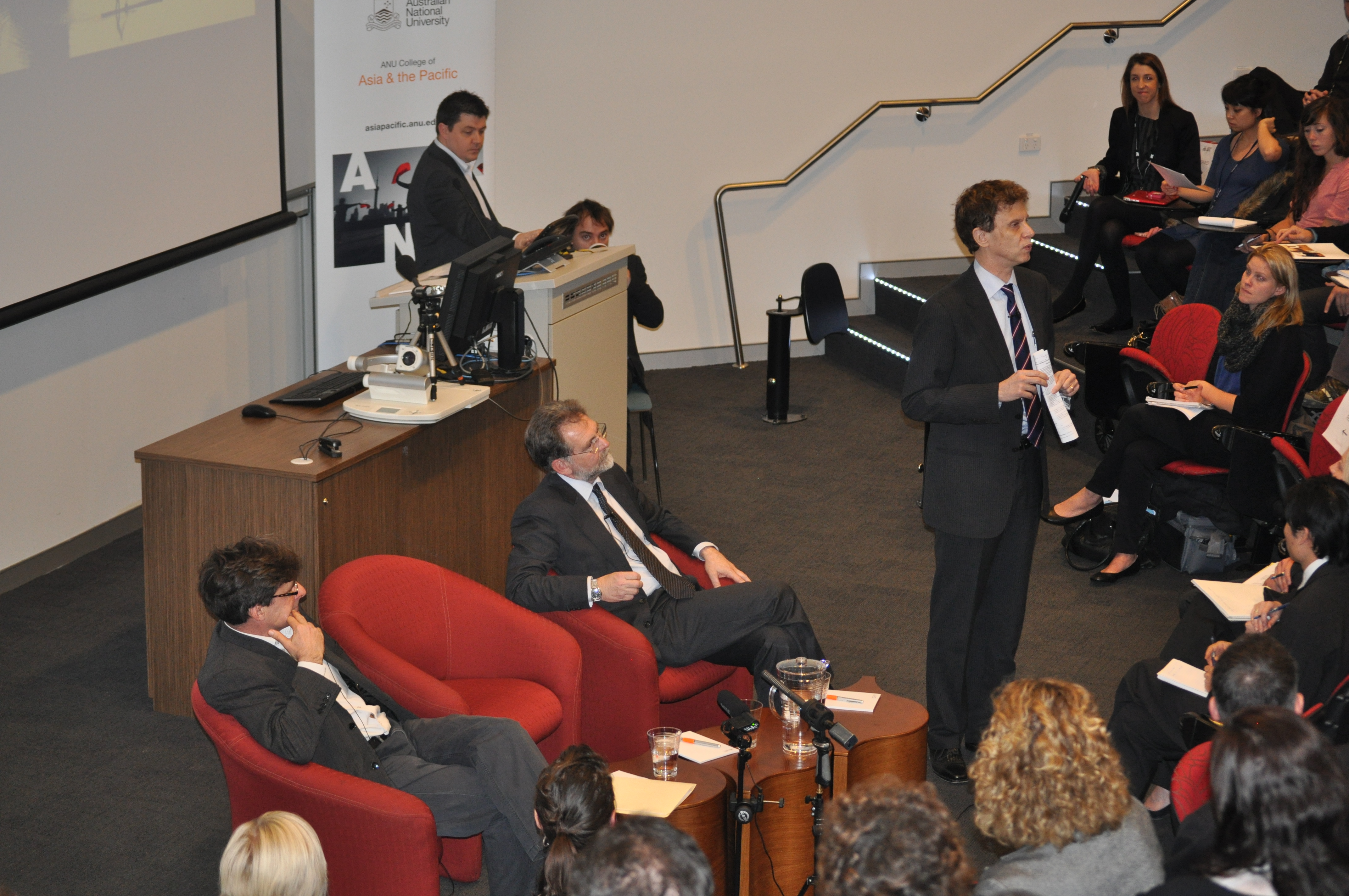 This post continues my case for aid to Asia, begun last week in this post, and based on my July 11 debate with Professor Hugh White on the topic (podcast here).

The argument I sketched last week – based on the three simple points that Asia is still home to many poor people, that we have an obligation to the world’s poor, and that aid in general an effective way to fulfill that obligation – should take us through perhaps the next 20 years. But even supporters of aid must concede that history teaches us that sooner or later successful economies are graduated from aid, even when they are still poor by our standards. Korea and Taiwan were the first countries to graduate in the 70s. Thailand and Malaysia were the next in the 90s. China has pretty much graduated. India and Indonesia may be the next. The humanitarian argument for aid, as powerful as it is, can only be sustained politically for so long.

The time to think about graduation for Asia’s remaining aid recipients is not now. Indonesia and most other Asian countries are some 20 years or more off from enjoying the level of income Thailand and Malaysia had when they graduated. And, even then, there will still be Asian countries in distress who need aid, whether it is Burma or North Korea, or Indonesia after a natural disaster.

But is there a longer-term case for aid, one that survives the prospect of graduation? I believe there is. Even when countries such as Indonesia graduate, aid will still remain relevant in the Asian century as an international problem-solving tool, used to finance global and regional public goods.

Public goods are things like national defense, law and order, and new ideas. Markets will underprovide them. This is because, since we can’t exclusively appropriate the benefits from these goods for ourselves, we are not willing to pay what they are worth. That’s why we have a government – to make us pay for public goods through taxes.

Example after example shows that when we identify a problem with international spillover effects we send aid to the rescue.

Again climate change is the prime but far from only example. Developed countries agreed at the 2009 Copenhagen climate change conference to pay $10 billion a year to support developing countries respond to climate change. How is that money being financed? Nearly entirely through aid.

Aid has also led and continues to lead the charge in other international public good provision exercises, whether the eradication of smallpox earlier or polio now, or the training of police forces to combat terrorism.

Why do we see the widespread use of aid to fund international public goods? Developed countries finance international public goods not primarily for the humanitarian reasons I stressed in my previous blog, but because of our national interest – we seek the flow-on benefits for ourselves. We seek to reduce emissions in Indonesia to save the Great Barrier Reef in Australia.  We provide humanitarian assistance to displaced people in Sri Lanka to stop them coming to Australia. We focus TB assistance on the part of PNG which is closest to Australia to stop the transmission of TB to Australia.

There will continue to be many issues in developing countries where we have a direct stake in the outcome, and are therefore prepared to foot at least part of the bill.

Of course, such an arrangement, in which richer countries foot part of the bill, is also equitable, and this is of fundamental importance. Just as in any one country one would expect rich individuals to pay more in taxes, so in any international cooperative arrangement the richer countries will need to pay more.

What about in 10, 20 or 30 years time? On the one hand, Asian countries will be richer and they will be expected to contribute more. But that will only supplement, not eliminate the need for aid. Even in 20 or 30 years, Asia will continue to be significantly poorer than we are. The basic requirement of international progressivity will remain intact. We will continue to look to contributions from countries to finance international public good provision, and those contributions will come disproportionately from the better-off countries.

Furthermore, as the world becomes increasingly interconnected, the need for international problem solving will only increase. We have promised to find not $10 but $100 billion for climate change for developing countries by 2020. Not all of that will come from aid. But a large chunk will.

More generally, in climate change and elsewhere, we lack tools for international action. Military action is a last resort. Diplomatic persuasion often carries little sway. International binding agreements seem to be a thing of the past. But money talks. Aid talks.

The case I have presented in this and the previous post for Australian aid to Asia is a stylised one. For the sake of simplification, I have presented one argument for aid today – based on our international obligations – and one for aid in a couple of decades – based on international public goods. In reality, both apply today. While that reality makes the practice of aid more complex, it also makes the case for aid to Asia even stronger.

In my next and final post in this series, I will consider and counter the various arguments made against aid to Asia.