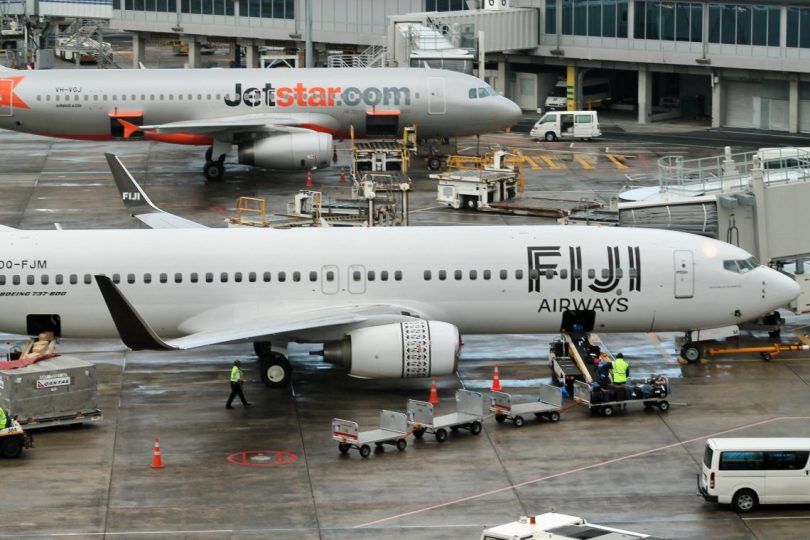 There has been a fair bit of discussion about a potential Pacific travel bubble. That’s the idea that Australia, New Zealand and interested Pacific Island governments should put in place special travel arrangements to support tourism and labour mobility. Some of us at Devpol think it’s a great idea. Are our views in line with the Australian public? Does the average voter want the bubble too? How does public support for the bubble compare to support for aid?

This blog is the second in a short series reporting key findings from a recent survey experiment. The first post looked at support for aid during COVID-19. This one looks at support for the bubble. The third will summarise the experimental findings.

The idea of a Pacific travel bubble is relatively straightforward. Ten countries in the Pacific have had no confirmed COVID-19 cases and, thanks to aggressive and early policy responses, others have done well and now gone some time without any new cases. By international standards, Australia (notwithstanding recent developments in Victoria) and New Zealand have also done reasonably well. Tourism, labour mobility and remittances are a crucial part of many Pacific economies. The extent and depth of economic hardship and poverty and the speed of any potential recovery will be largely determined by how quickly we can get people moving again.

But it is not ex-ante clear that the average Australian should support a rapid opening of the region. Australians could bring the virus into Pacific countries with relatively weak health systems and undetected cases in the region could come to Australia. There are also equity concerns: why the Pacific, but not other successful countries? Perhaps it is still too early for international travel, period.

We asked 763 people, from the experiment’s control group, the following question:

While travel to the rest of the world will probably remain restricted for a long time, some people have proposed allowing travel between Australia and Pacific Island countries like Fiji and Vanuatu in coming months. Pacific countries would only be involved if they had no known cases of coronavirus. To what extent do you agree with the proposal: (1) Strongly agree; (2) Agree; (3) Neither agree or disagree; (4) Disagree; (5) Strongly disagree; (6) I don’t know.

As in the first post, the sample is representative of the Australian public and data were collected from 21 May—21 June 2020 by Ipsos.

Some results are presented below (you can also download a full set of Figures here).

Figure 1 paints a picture of very strong public support for the proposed travel bubble. The most frequent answer is “agree”, accounting for 42% of responses. Agree and strongly agree together account for 62% of responses. Adding those who are indifferent – that is, neither agree or disagree – increases the share to an overwhelming 78% of Australians, or 4 in 5 if we want to be generous in rounding. Just 9% strongly disagree.

Figure 1: Support for the Pacific travel bubble by Australians 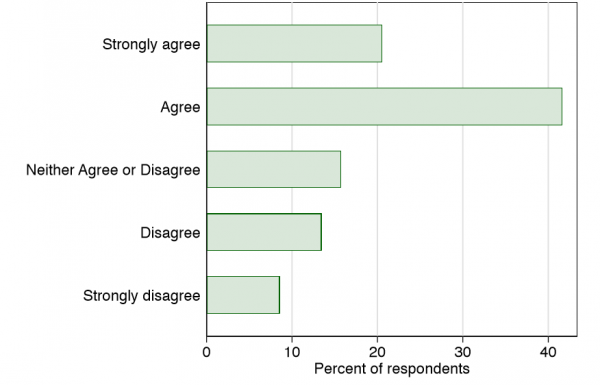 Exploring support across respondent characteristics, we find two main stylised facts. First, support for the bubble generally increases with income and education (Figure 2). Second, rural populations tend to be less supportive than urban, as is often the case with support for immigration and cosmopolitanism in general. However, these urban-rural differences are mostly driven by women. Women tend to be less supportive of the bubble regardless of location, but especially in rural areas. 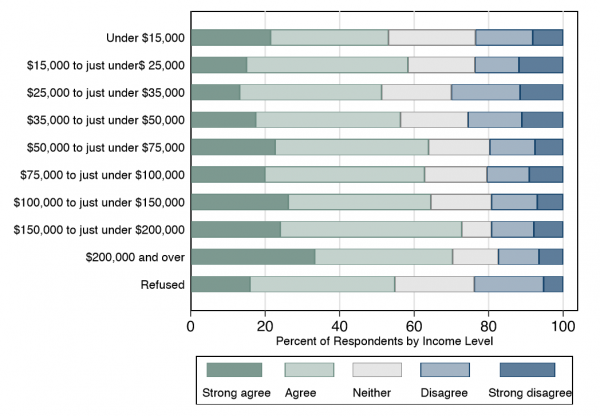 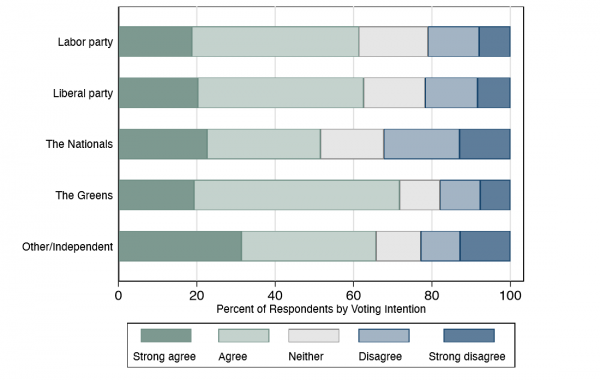 Compare these numbers to support for aid in our previous post. Only 19% of respondents think we don’t give enough aid, but 62% agree with the proposal for a Pacific travel bubble. The same is true for opposition: 37% of people think we give too much aid, while just 22% disagree with the bubble.

We see above that support for the bubble is somewhat gendered, but there is no such pattern for aid. Support for aid is also much more divided along major party lines, while the bubble enjoys strong bipartisan support. However, it is also true that many of the same people who think we give too little aid are also more likely to support the bubble.

In the next post we will share some interesting findings on how priming people on different motivations for Australian aid affects attitudes towards aid, and the bubble.

This is the second blog in a three-part series. You can find the first blog here and final blog here.