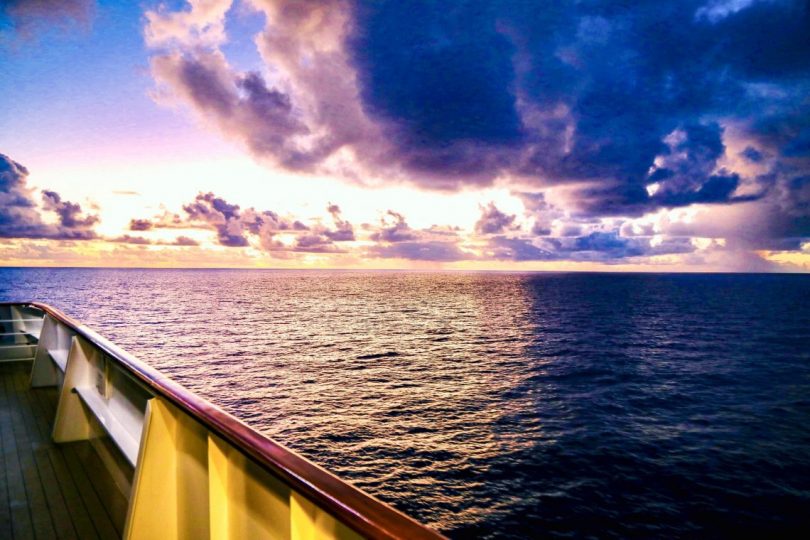 We highlighted in the first post of this series that even in the midst of the worst economic crisis since the Great Depression, Australians’ support for aid has remained stable. In the second post, we illustrated that the majority of Australians are in favour of establishing a Pacific travel bubble.

In this post, the final of the series, we report on an experiment examining if it was possible to reduce hostility towards aid and whether efforts to achieve this undermine support for the Pacific bubble.

Specifically, we test the impact of providing short vignettes to the Australian public that draw on different motivations for providing aid in response to COVID-19. We find that the most effective way to reduce hostility towards aid is to appeal to Australians’ concern for people in developing countries.

We previously conducted similar experiments showing that appealing to the national interest, for health reasons, or referring to China’s rise in the Pacific reduces Australians’ hostility to aid. These studies showed (and this study confirms) that reducing hostility to aid is easier than increasing the share of the Australian population that thinks we give too little aid, which is why we focus on the former in this blog.

To measure people’s support for and hostility towards aid as well as how different kinds of information can change this, we conducted a survey experiment on a nationally representative sample of 3,056 Australians using the market research firm, Ipsos. Respondents were randomly allocated to either receive one of three vignettes (a “treatment”), or no information (the “control” group). Randomly allocating the respondents to different groups allowed us to test which type of appeal is more effective at reducing hostility towards aid.

The three aid motivations we examined were:

The three vignettes were of similar length and included a quote from an expert on Australian aid, and only differed in emphasis. The altruism treatment is shown below and the complete wording of the two other treatments (health security treatment and the China treatment) are available here.

We summarise three main findings below. 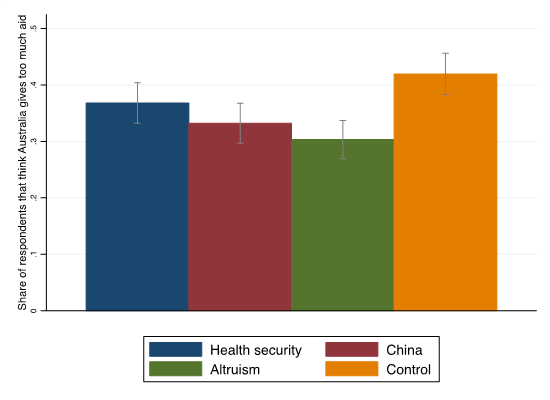 As has been well documented, Coalition voters tend to be less supportive of aid and prefer aid to be given for national interest reasons. Despite this, they were more likely to respond to an altruism framing than the other two vignettes (Figure 2). In contrast, it did not matter what type of vignette was provided to Labor and Greens voters, on average they similarly reduced their hostility towards aid. Our results suggest that there is a noteworthy share of moderate Coalition voters who can be ‘won over’ by appeals to altruism. This is a similar but opposite result to some of our earlier survey experiments that show moderate Labor voters are the most likely to be influenced by appeals to national interest.

Figure 2: Coalition voters can be ‘won over’ by appeals to altruism 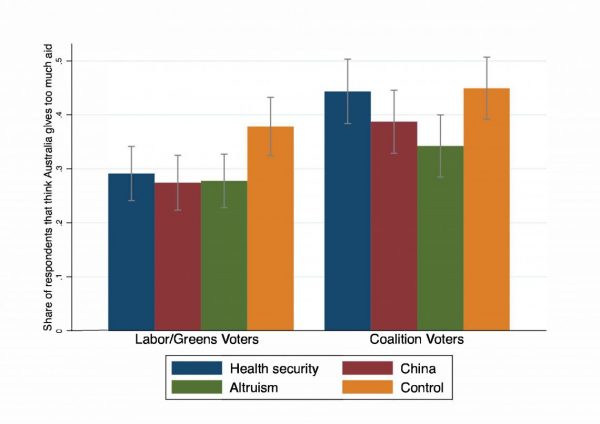 Aid appeals do not undermine support for migration pathways

We also examine whether these different vignettes affect people’s support for a Pacific bubble, as emphasising the need for aid may undermine alternative development policies. For example, highlighting the need for aid to reduce the health consequences of COVID-19 in countries neighbouring Australia might make people less inclined to allow travel without quarantine between Australia and the Pacific. However, we found no evidence that such a trade-off exists (Figure 3). Regardless of what type of treatment respondents were provided with, or if they received no information, they remained supportive of establishing a migration pathway with the Pacific.

Figure 3: Highlighting the need for aid to minimise health consequences did not detract support from the Pacific bubble 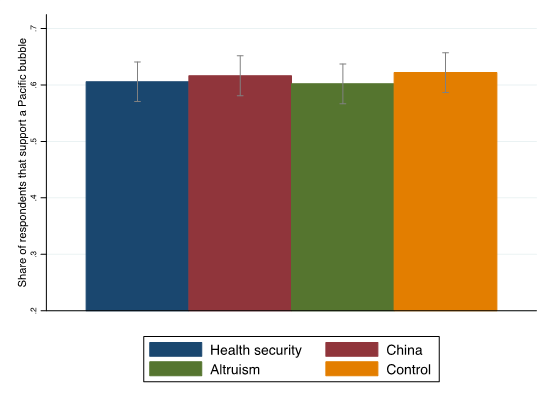 Overall, these are positive findings for aid and labour mobility advocates. In this current time of need it does seem possible to reduce Australians’ hostility towards aid. And doing so doesn’t require hard-nosed appeals to the national interest. Also, we found no evidence to suggest aid advocacy will harm other development policies, which in recent years have become the focus of Australia’s development agenda.

We also found a mystery – the altruism-inspired shift on the political right. Learning more about this change will be important if advocates are to optimally target messages to audiences in the future.

This is the final blog in a three-part series. You can find the first blog here and second blog here.