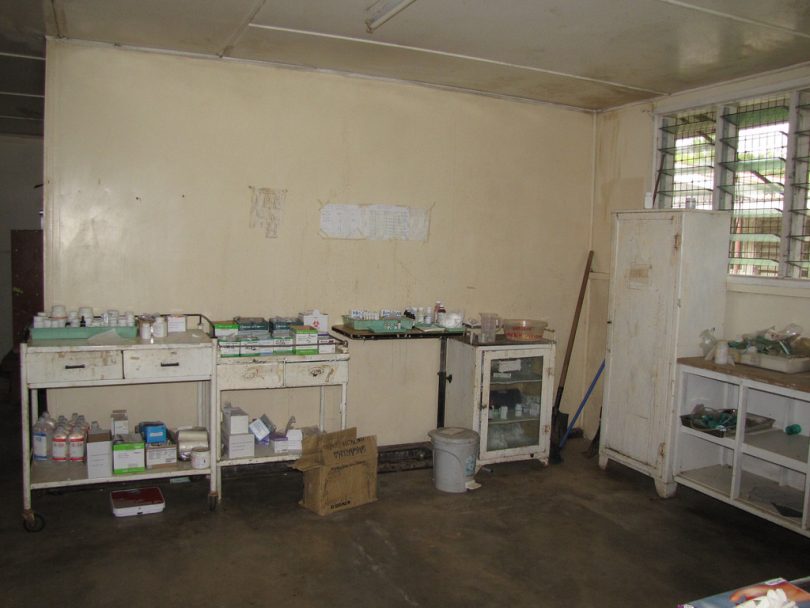 Global responses to infectious diseases with pandemic potential highlight tensions between short-term emergency and technological responses over broad-based, longer-term initiatives aimed at equitable health and human development. One casualty of the global responses may be the specific needs that poorly resourced countries prioritise for their own national health security (NHS).

The Department of Foreign Affairs and Trade recently committed A$300 million over five years to its Health Security Initiative for the Indo-Pacific Region to “contribute to avoiding and containing infectious diseases with the potential to cause social and economic harms on a national, regional or global scale,” as Julie Bishop wrote on the Devpolicy Blog.

Stephen Howes responded: “It is hard to understand why you would cut the annual aid health spend by $260 million a year [compared with the 2013–14 budget], and then introduce a new $60 million a year health security regional aid initiative…This means less funds for other good causes…and does raise questions about [DFAT’s] strategic coherence.” This response reminded us of a question a health bureaucrat from an Asian country posed during a technical assistance mission: “Is your agency offering resources based on its priorities for health in the region, or on our priorities for improving the health of our nation?”

The Australian funding allocation falls squarely within the province of global health security (GHS). GHS policies like this initiative, the GHS Agenda of the USA, and the GHS Initiative of a group of mainly North American and European countries tend to assume that the GHS and the NHS of countries in the region are parallel interests.

In fact, they may not be. There are real possibilities that if one seeks GHS without addressing individual countries’ own NHS, the health outcomes of countries in the region may be compromised in order to obtain Australia’s health security.

The World Health Report 2007 defines GHS as the activities required “to minimise vulnerability to acute public health events that endanger the collective health of populations living across geographical regions and international boundaries”. In this context, ‘acute events’ are defined in the International Health Regulations as ‘public health emergencies of international concern’ associated with acute biological, chemical and radio-nuclear threats. The term ‘GHS’ entered the lexicon at the beginning of this century following the HIV/AIDS and SARS pandemics, and were advanced following the experience with the influenza, Ebola and Zika viruses, and more recently, the rising incidence of antimicrobial resistance.

Conceptualising health as a ‘security’ challenge is a headline-grabbing exercise. It galvanises public attention, mobilises global solidarity against a common enemy that has to be contained, and elevates health to high politics that attracts resources in ways that long-term challenges to health do not (see here and here).

Responses to these acute threats have been mainly in the form of strengthening early warning and rapid response systems, and technological fixes such as the use and development of sensitive diagnostic tools, vaccines and therapeutics. The focus is on protection and containment of infections with epidemic potential rather than on tackling other, more common causes of avoidable illness and death, or the root causes of the rising frequency of emerging infections, including the political, social, commercial and environmental determinants. The capacity requirements for effective preparedness and response systems are enshrined in the International Health Regulations (a legally binding governance mechanism that aims to protect all countries), as the ‘core national capacities’ WHO-Member States have undertaken to achieve to prevent, detect and respond to the defined acute events.

These responses require a short-term focus on detecting and alleviating temporally circumscribed events, can work independently of political context and of socioeconomic conditions, and are therefore easier to implement than longer-term structural interventions. They avoid the more radical longer-term transformations needed to address the crisis in the governance for global health required for health development.

The countries of the Global South have noted that the transnational spread of infectious diseases are not their most pressing health security risk. African nations, for example, have identified climate change, food and water security, the negative impact of international trade and intellectual property laws, and access to affordable life-saving medicines and diagnostics, among others. The Pacific Forum focused on political, economic and food security, climate change, and non-communicable diseases (NCDs), a threat for which a ‘Regional State of Health Emergency’ was declared in 2010.

The highly technical and well-funded focus of the GHS approach may result in a series of unintended consequences that weaken a country’s national health security. It may distract attention and resources away from other priority health programs such as for maternal, neonatal and child health and the NCDs, and from actions on broader level determinants: public health hardware (water, sanitation, hygiene, and living conditions), food security, global markets, political and commercial determinants, environmental degradation and climate change. It may lead to accidental adversaries such as the emergence of competing priorities between investing resources in emerging infections (a GHS priority) or endemic respiratory infection, diarrhoeal disease and non-communicable diseases (NHS priorities).

The conceptualisation and governance of the GHS regime is driven by the foreign policy interests of its architects based in developed countries. Some in the Global South have challenged the concept of ‘GHS’, and have not been engaged actively in global discourse on its prioritisation. This limitation is exacerbated by power imbalances characteristic of bilateral and multilateral negotiations that restrict the extent to which they can negotiate agreements better aligned with their own NHS concerns.

If GHS is to be more than securing the economic and foreign policy interests of the Global North against the threat of emerging infections, we need to transform thinking to redefine and reconfigure the governance of global health security regimes.

To read more on the ideas in this post, have a look at these articles:

Mahomed Patel is an Adjunct Associate Professor at the National Centre for Epidemiology and Population Health at the ANU. He has done consultancies for development agencies, including DFAT and WHO, to help strengthen capacity for the prevention and control of communicable diseases in the Indo-Pacific Region, and participated in WHO's rapid responses to the SARS outbreak in Asia, the avian influenza outbreak in China and the cholera outbreak in South Sudan.

Christine is an Associate Professor of Social Foundations of Medicine at the ANU Medical School, and Medical Director of Companion House Refugee Medical Service. Her research interests include primary health care for vulnerable populations and gender equity.