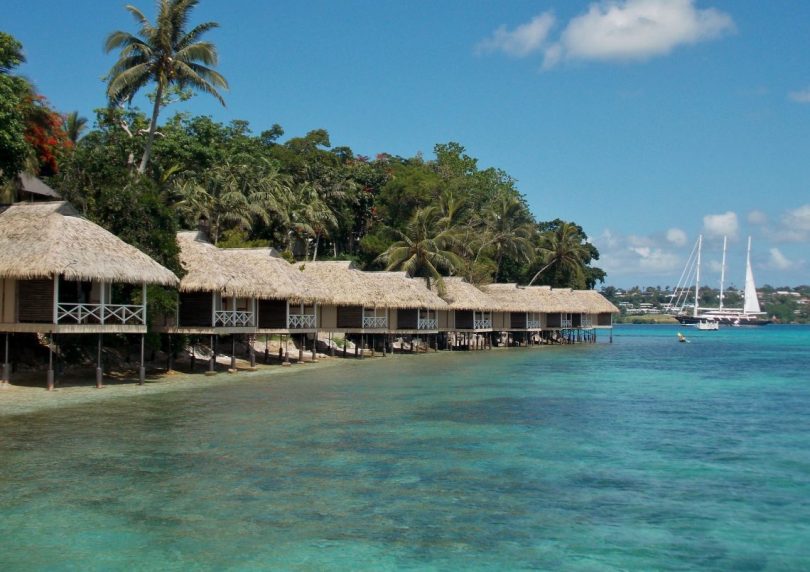 In March 2017, Vanuatu launched the Vanuatu Development Support Program (VDSP) and Vanuatu Contribution Program (VCP). The two schemes are similar – both offering citizenship in return for payment, after screening, and without voting rights and without a residency requirement. According to Investment Migration Insider, a website specialising in publishing investment migration information, the VCP is only available in the Greater China region while the VDSP is available globally. Some commercial websites (here and here) claim that the VCP offers voting rights, but under Vanuatu’s constitution, dual citizens cannot vote without meeting a ten-year residency requirement.

In 2017, Vanuatu’s Department of Finance and Treasury began reporting monthly revenue from these citizenship programs. Revenue has steadily increased. Excluding December 2018, the top 10 months in terms of nominal revenue generated include the first three months of 2020 and seven other months from 2019. 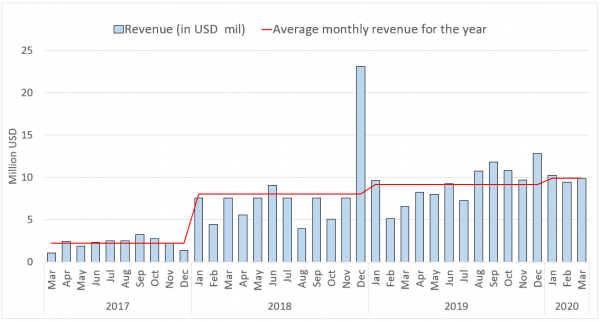 There are several bundles available to interested buyers, with the average cost of citizenship per person decreasing with more applicants (e.g., if a couple applies, or a family with children). By assuming that all applicants are single, we can obtain a lower bound on the number of citizenships issued through the two schemes.

The leap in this estimate of successful applicants — from 280 in 2017 to 1,210 in 2018 — is probably a consequence of greater awareness of what was then a new program. But the scheme has continued to grow slowly both in terms of  revenue and (estimated) numbers, and this year it set a new record based on first half-year figures.

Figure 2: Total VDSP and VCP revenue and number of successful applicants each year 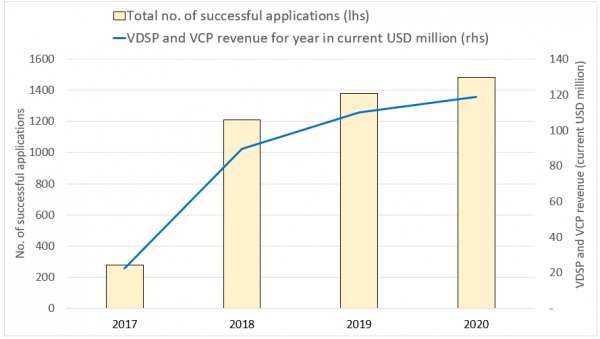 In terms of numbers, our estimate is that 3,200 individuals have been given citizenship under the two schemes, but remember this is a lower bound. Our annual estimate is about 0.5% of Vanuatu’s population. The total would be more if couples and families are signing up. But on the other hand, we don’t know how many actually visit let alone migrate.

Vanuatu has had citizenship programs before, such as the Vanuatu Economic Rehabilitation Program launched in May 2015 after Cyclone Pam, and the earlier Capital Investment Immigration Plan launched in 2014. However, these were modest revenue earners. The two new programs have been game-changers, at least temporary ones. Revenue from the citizenship programs increased from a mere 7% of total revenue in 2017 to 28% in 2019. Famously, Vanuatu has no income or corporate tax, and taxes on goods and services have typically been the largest contributor to Vanuatu’s coffers. From just 29% in 2017, revenue from the citizenship programs in 2019 climbed to 87% of taxes on goods and services collected in the same year.

In the span of three years, income from the citizenship programs climbed from 3% to 12% of GDP. VDSP and VCP revenue has also surpassed grant aid. In 2017, citizenship investment income amounted to just 32% of grant aid received by Vanuatu. In 2018 and 2019, the proportion was 115% and 113% of (on-budget) grant aid respectively.

Figure 3: The importance of VDSP and VCP revenue 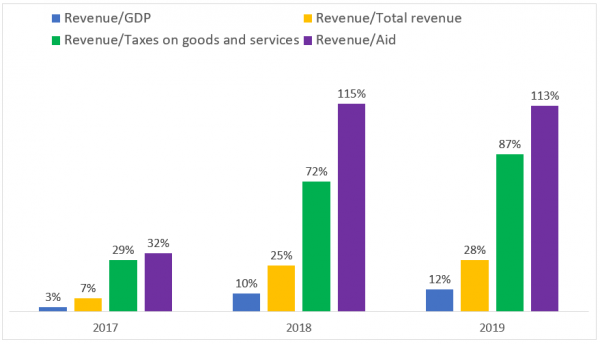 As a result of the two citizenship schemes, Vanuatu has run a fiscal surplus in the last two years. As the graph below shows, it also ran a surplus in 2015 and 2016 as aid grew after Cyclone Pam, but otherwise Vanuatu is a country that is more used to deficits than surpluses. Those recent surpluses have come in very handy with COVID-19, with Vanuatu announcing one of the Pacific’s more generous stimulus packages, and funding it entirely on its own. 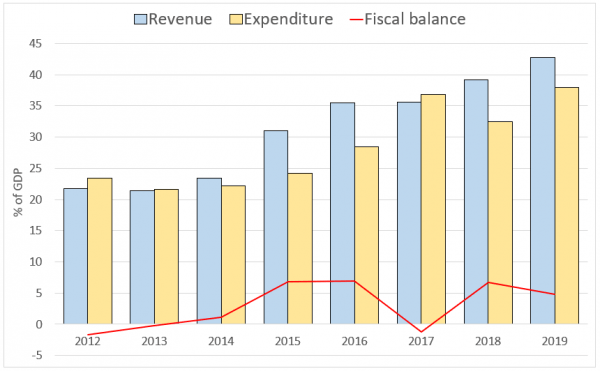 From an economic point of view, the main problem with citizenship schemes is uncertainty about their future prospects. On the one hand, with only a few thousand taking up Vanuatu’s offer of citizenship so far, one might think demand will last far into the future. On the other, there is the risk that international or domestic opposition to the scheme will mount, with claims just this week from Vanuatu’s Opposition that the scheme is being abused. Given this, it makes a lot of sense to treat the revenue generated as a windfall, and either save it or use it for capital investments. This seems to be the path that Vanuatu is taking, though the country could go further by establishing a sovereign wealth fund based on its citizenship proceeds.

Passport programs have a long and murky history in the Pacific. Yet many countries around the world have such schemes. In fact, there are more than 200 investment migration programs globally, by which you can buy citizenship or residency. Such programs are run not only by small island countries, but by large countries such as Australia, the US, the UK and Spain. Vanuatu’s scheme is not that dissimilar from those offered by several other small island states. Five Caribbean countries have citizenship by investment schemes. Antigua and Barbuda requires only five days of residence on the part of investors within the first five years. The other four, like Vanuatu, do not impose any minimum residence requirement.

The remoteness of Pacific island small states means that conventional routes to development are closed off, and alternatives needed. We refrain from advising Vanuatu what to do with its citizenship schemes. A full appraisal would require, among other things, familiarity with screening processes, which we lack. Nevertheless, we congratulate it on its success with and economic management of these schemes to date.

Figure 1: The 2017 figure is averaged over 10 months (March to December). The 2020 figure is averaged over the first six months of 2020 (the total revenue earned for the first six months of 2020 was VUV 7,094.2 million). Monthly revenue figures from April to June 2020 had not been published at the time of writing. Current exchange rates are used, with 2017 to 2019 rates taken from the World Development Indicators and 2020 exchange rates taken from xe.com.

Figure 2: Figures mainly come from Department of Finance and Treasury (DOFT) monthly reports or half year reports. 2017 figures span March to Dec 2017, whilst 2020 figures have been annualised. 2020 total revenue has been reported for January to June 2020 while the data for the number of successful applicants in 2020 has been made available for January to March 2020.

Other: The HYEFR 2019 and HYEFR 2020 reports had different figures for Vanuatu’s net acquisition of non-financial assets in 2018. The former indicated the amount to be VUV 6,588.50 million while the figure in the latter was negative VUV 13,771.1 million. As the HYEFR 2019 reported figure seems to be more in step with the trend in prior years, we used VUV 6,588 million for analysis. Loan repayment figures from page 29, 2020 budget book. Debt/GDP projections are from the 2020 budget book (see Figure 8).