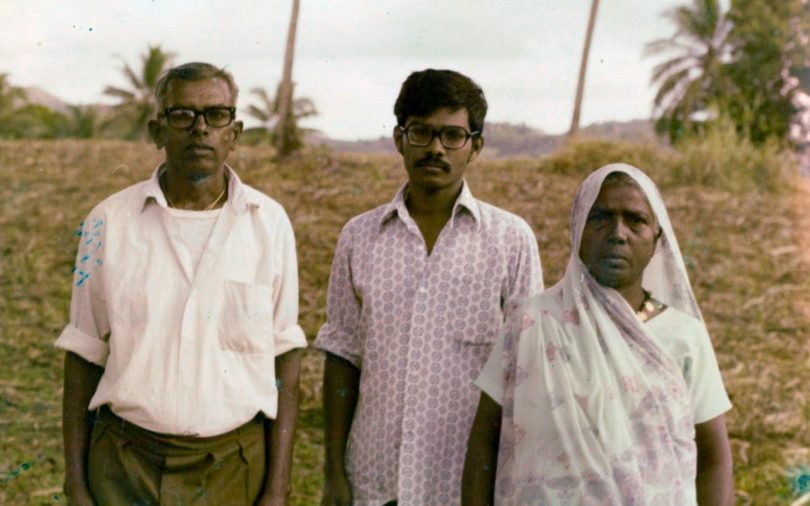 About eight weeks ago, I received a call from Brij Lal suggesting I interview him. I had been sharing regular email exchanges and telephone conversations with him over the course of the previous year. We had been collaborating on a book project with two other Fiji colleagues and had plans to catch up in Melbourne where he and his wife, Padma, intended to visit their son and to welcome their newest grandchild.

But when Brij approached me on November 4 with this ‘new’ suggestion, I simply thought it curious that it came out of the blue. We had no plans as to where or when it would be published and I refused to entertain any notion of it as a posthumous tribute.

Professor Lal had been in ailing health and had poor vision. In retrospect, it seems he may well have accepted the discomfiting likelihood that he might not be welcoming in 2022. So it is with a profound sense of emptiness and sadness that I write this piece on someone who I regarded as a dear mentor and whose encouragement of my writing, advice and guidance I held with the highest respect.

My only misfortune is that I had not known him earlier. That said, it still feels like the proverbial light has been switched off.

Brij Lal was born on August 21, 1952, in Tabia, Labasa, the grandson of a Girmitiya or indentured labourer who arrived in Fiji in 1908. The story of Lal’s rise from a rudimentary tin shack school – Tabia Sanatan Dharam School – to his appointment as Professor at the Australian National University, is the quintessential Indo-Fijian story.

Politics and the coups

In all my discussions with him, Brij Lal was not one to indulge in any kind of self-pity or to talk in any great detail about his treatment – or mistreatment – at the hands of the military of which he was a vocal critic. This was a dark period of his life which I appreciated had taken an enormous psychological, mental and physical toll on his life.

The little material I have of the abuse he suffered comes from snippets, personal accounts and anecdotes from friends and colleagues. In one such account, we are told that “a senior military officer in the Republic of Fiji Military Forces [RFMF] had detained Lal in 2009, slapped him and spat on him. A soldier also smashed his spectacles without which he could barely see. Lal was told to catch the next flight out of Fiji or his family would have to retrieve his dead body from the mortuary.”

In his analysis and views on Fijian politics Brij Lal was consistent in providing a multi-faceted dimension, a different and always incisive perspective and as one observer opined, surprisingly restrained critique.

“Bainimarama called his 2006 coup a ‘clean up campaign’ of corruption endemic in Fiji. But a coup by any other name is still a coup”, Lal said. “And the 2006 misadventure was not about saving the Fijian nation, it was about saving Bainimarama’s bacon. That is his contract which was under the threat of non-renewal.”

Over time, a number of people, including former Fiji people living in Australia and New Zealand, retired academics in their twilight, and others joined Bainimarama, offered him moral and practical support which bought him time and a modicum of credibility. “Once these people had outlived their usefulness, and Bainimarama was safely ensconced in power, he discarded them.”

Departure of the old order and chiefly influence

They were coming to an end anyway; he (Bainimarama) merely accelerated them. “For example, the demographic situation. By the early years of the 21st century, Indo-Fijians were about a third of the total population and iTaukei about two-thirds. With this change disappeared the fear of ‘Indian domination’ which so plagued the politics of 20th century Fiji”, Lal said.

One of the most significant changes was the departure of the guardians of the old order, namely, the paramount chiefs such as Ratu Mara and Ratu Penaia Ganilau. “The politics of traditional entitlement was gone as was the politics of confederacies.”

Now more Fijians are living in urban and peri-urban areas, exposed to all the challenges of modern living. The old catch phrase, Ratu Mara’s favourite that “race is a fact of life”, has no meaning or relevance for them. “But the problem for Bainimarama’s legacy is that everything is so personalised and so focused on him. His government lacks openness and transparency. This won’t wash with future voters who will be more educated, more demanding. This top-down approach is anachronistic.”

Bainimarama and stability in Fiji

“The whole thing could easily crumble once Bainimarama goes. I am not at all certain that Khaiyum enjoys much support among the iTaukei, even those who are in government. They see him as the nemesis of indigenous interests – fairly or unfairly. Important institutions of the State are staffed by handpicked people, including from the military and a narrow circle of people.”

“I fear Fijian democracy will be on a short leash from the military. The military enjoys a powerful position in the 2013 Constitution. It has an entrenched guardian role to look after the ‘wellbeing’ of Fiji. What does this mean? An elected parliament should be the guardian of the constitution, not the military which, properly speaking should be its servant. The military has no business interpreting or preempting the will of the people. Its proper role should be to enforce it. Fiji faces the very real prospect of a militarised democracy.”

A major lament of Professor Lal was what he saw as the general malaise or lack of interest among Fijians and Indo-Fijians in history. “There is a general malaise among Fijians that prevents them from any kind of self-reflection, any kind of honest moral, psychological or inventory of their history and their political journey. This explains why their situation has not moved at all since 1987”, he once told me.

For any seismic shift to take place, there has to be a political will in place to generate the kind of activity and grassroots action that will generate the impetus for a change. “Yet interestingly what we see is women, rather than men, taking front of stage, to voice their opposition to Bainimarama and what is essentially a militarised democracy.”

Professor Lal also lamented the drop in educational standards, singling out the USP as a case in point. “There are students at the USP who can’t even spell properly; their grammar is appalling. It wasn’t at all like that in my day.”

In 2009, Brij Lal and his wife, Padma, were banned by Frank Bainimarama’s government from Fiji after which they moved to Australia where they remained in exile despite numerous appeals by academics, community leaders and other groups to lift the ban.

Throughout the 1980s to his twilight years, Lal gave numerous interviews on ABC TV and other media outlets. He was quite often in high demand for his views on Fijian politics. For someone as distinguished a scholar and as renowned a public intellectual as he was, Brij Lal made me feel like I was every bit his equal. Such was the gentle humility and humanity of this son of Tabia.

Brij Lal gave us a profound awareness and understanding of a particularly dark period of Fiji’s early Girmitiya history – all of which were meticulously documented in the countless books and articles he authored. He also bequeathed us a rich legacy of writings and invaluable insights that will prove indispensable to scholars of history and remain, significantly, critical to our collective understanding of Fiji and its peculiar brand of politicking.

His final published piece was essentially a love letter to his beloved homeland, published in the November 2021 edition of Islands Business Magazine, wherein he reminisced on the past and bemoaned the coup culture that destroyed so much of the promise it held at the dawn of its independence.

Professor Brij Lal died on Christmas Day in Brisbane and is survived by his wife, Padma, two children – Niraj and Yogi – and five grandchildren.

May this gentle son of Tabia rest in eternal peace.

This is a shortened version of ‘The life experiences of a man from Tabia’, published in the Fiji Times on 28 December 2021, and reproduced with permission. This interview together with a series of tributes to Brij Lal will be collated at #Brij Lal.

Iva Tora is a freelance media/communications specialist based in Melbourne.