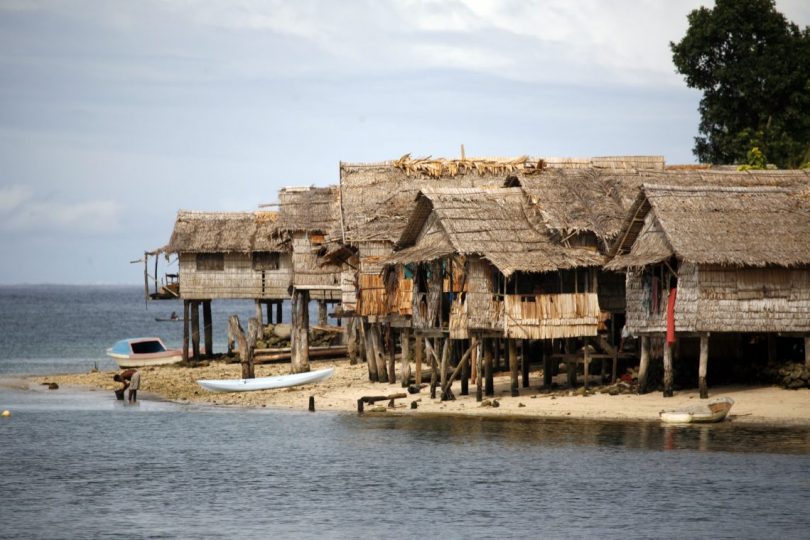 Labour migration is considered an important pathway for supporting economic development in countries of origin. In recent years, labour migration has been further positioned as a response to changing environmental conditions in places of high climate risk, such as the Pacific Islands region, through discourse on ‘migration as [climate change] adaptation’. However, limited research examines whether and how labour mobility schemes enhance both development outcomes and climate change adaptation in countries of origin.

Our recent research (prior to the COVID-19 pandemic) considered how temporary and circular labour migrants from Solomon Islands, who are participants in Australia’s Seasonal Worker Programme (SWP), invest in their lives, households and villages in their country of origin in ways that contribute to development and climate change adaptation. That research was published online in the journal Migration and Development and this blog extracts some key messages from the published article.

Solomon Islands is among the most environmentally fragile countries in the world. In addition to overexploitation of forest resources for timber logging and export, Solomon Islands experiences climate change impacts such as sea-level rise, warming air temperatures, saltwater intrusion, extreme events (cyclones, droughts, etc.), threats to coral reefs and surrounding areas from ocean acidification, and threats to food security and agricultural production.

The sea level in Solomon Islands has risen seven to ten millimetres per year (three times the global average) over the past two decades. The Solomon Islands Government recognises that climate change is a sustainable development issue. In its National Climate Change Policy 2012-2017, the government commits to ‘mainstream climate change as an integral part of its national sustainable development strategy and programs’.

While only around 2.5% of SWP workers come from Solomon Islands, the number of Solomon Islanders participating in the program was doubling each year since 2016, prior to the impact of the COVID-19 pandemic. In 2018-19 there were 314 workers in the annual intake.

The Labour Mobility Strategy ‘contributes to, and is guided by’ the Solomon Islands Government National Development Strategy 2016-2035 (NDS) but makes no mention of climate change despite the NDS noting a ‘need to promote resilient and environmentally sustainable development by ensuring effective climate, disaster and environmental disaster risk management is central to all development decision making’.

In August and October 2019, we conducted in-depth qualitative interviews with 12 Solomon Islanders participating in the SWP on citrus farms in the Sunraysia region of Australia as part of our Australian Research Council-funded project, ‘Transformative Human Mobilities in a Changing Climate’.

These SWP participants, who were in their first to third year of SWP participation, are from Guadalcanal province with strong connections to other parts of the country (including in Central, Malaita, Temotu and Western provinces). All support family members back home and value the opportunity to work in Australia given the comparative higher wage earning capacity and beneficial currency exchange rates.

Our research found that investments (via funding, resources and skills) made by these SWP participants contribute to development and in-situ climate change adaptation, through building the adaptive capacity of SWP participants and their families.

First, the SWP participants have enhanced their assets, particularly human (e.g. investing in children’s education, increased farming skills), financial (e.g. increased earnings and remittances, investment in small businesses and farms to generate future earnings), and physical (e.g. improved housing, water and sanitation infrastructure, purchase of tools, technologies and other household items). Participation in the SWP has provided a chance for workers to invest in themselves, their households, their extended family and their villages.

Second, investment by SWP workers creates possibilities for addressing environmental challenges they face by climate-proofing housing, relocating housing away from sites of environmental risk, trialling different crop varieties that can potentially withstand pests, and diversifying livelihoods beyond agriculture-dependent incomes. So, the investments and remittances of SWP workers support local social and economic development, increase adaptive capacity and, for some, enable adaptation to changing environmental conditions.

There could be opportunities for host and participating country governments to integrate climate change adaptation into the SWP (and PLS), especially to ensure potential actions taken by SWP workers are not maladaptive. For example, workers could receive training in climate resilient housing, crops and practices through the SWP’s Add-on Skills mechanism (see also Thornton et al, 2020; Dun et al., 2018). They can share these skills and knowledge once back in their home village, which can further result in community-scale adaptation, leading to broader transformations.

However, the burden of climate adaptation should not fall to workers and their extended networks alone. While noting the critical need to transition to carbon neutral economies and address structural causes of socioecological risk at the global level (i.e. a continuing need for climate change mitigation), there are more localised opportunities for host and participating country governments to integrate climate change adaptation into the SWP (and PLS).

The article on which this blog is based, “Investing in home: development outcomes and climate change adaptation for seasonal workers living between Solomon Islands and Australia” by Olivia Dun, Celia McMichael, Karen McNamara and Carol Farbotko, was recently published in Migration and Development.

Olivia Dun is a Research Fellow in the School of Geography, The University of Melbourne. She is a human geographer with a background in environmental science, migration studies and international development.

Celia McMichael is a Senior Lecturer in the School of Geography, The University of Melbourne. She is a social scientist and health geographer with a research background in migration, displacement and resettlement.

Carol Farbotko is an adjunct researcher at the University of the Sunshine Coast.