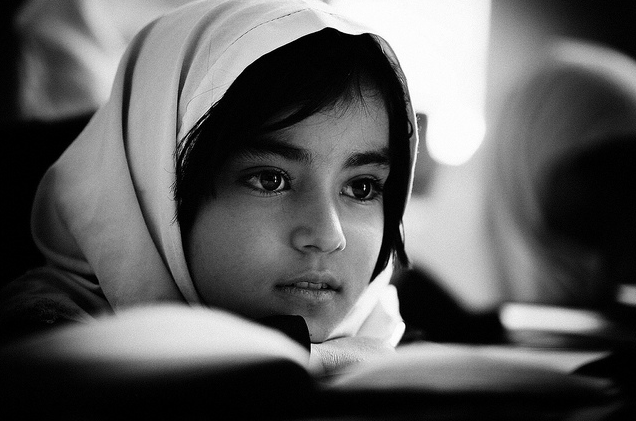 I was pleased to see the earlier discussion on Indonesian schools (Robert Cannon et al) head towards the issue of budget support and the piece by John Blunt on budget support is a welcome overview. As a somewhat ardent supporter for nearly 20 years of shifting aid from projects to budget support, particularly general budget support, I would like to put the case for increasing the share of aid going in the form of budget support.

Before doing so I should acknowledge that published research on the impact of budget support is relatively limited and largely confined to an assessment of the early experience. There is a major OECD/DAC study currently underway which should provide valuable analysis.

One of the more comprehensive early studies of general budget support (GBS) by the University of Birmingham seemed to me to be remarkably encouraging (this is the IDD and Associates, “Evaluation of General Budget Support: Synthesis Report” mentioned at the end of John Blunt’s follow-up comments on his blog ‘A case for budget support‘). It found some early indications of an increase in pro-poor expenditure; some improvement in allocative and operational efficiency; some increase in government discretion; some strengthening of budget processes, particularly by “requiring ministries to engage directly in the national budget process”; and, with perseverance and sophisticated engagement, greater efficiency in strengthening incentives for policy reform. I was not surprised to see findings to the effect that continuation of off-budget modalities undermines progress and co-existence with a large number of fragmented projects can really limit positive effects.

It should become obvious why I have highlighted these aspects of the study if you read on. I might also note that one of the findings that vulnerability to political risk is the result of inadequate analysis before channeling funds through budgets highlights what I believe is one of the central issues in shifting to budget support, namely the need for donors to focus much more on managing risks and less on trying to control risks.

I should also emphasize that the IDD study is not suggesting that GBS is a panacea, just that there were some positive findings.

If you believe, as I do, that the growing fragmentation of policy, planning and budgeting during the 1980s and 1990s contributed to the undermining of key public sector institutions in developing countries, you might be sympathetic to greater use of budget support[1]. Projects have been significant contributors to this fragmentation and budgets became increasingly policy free zones (policy was being made outside the budget context, with contributing factors on the donor side ranging from the project focus to IFI conditionalities). I would also argue that this fragmentation has played an important role in the inadequate provision of budget funds for operations, repairs and maintenance, a concern highlighted yet again in the discussion of Indonesian schools.

A case for general budget support

The anchor for my case for GBS is that, from a development perspective, the key is strong and effective institutions. GBS has the characteristics most supportive of institution building – in this context those institutions associated with policy making, planning and budgeting. One particularly significant characteristic of GBS is that it involves a greater separation of funding decisions and policy advice/assistance. This creates the environment where TA is likely to be most cost effective.

So, the crucial argument in favour of a growing role for budget support is the increased likelihood that the key functions of policy, planning and budgeting will be more effectively linked.  This is very much related to the central point of using the systems of government to strengthen public sector institutions.  I would suggest that donors have done a great disservice to development by not putting more effort into using governments own systems and, at least as importantly, governments’ own processes.  The principle here is “use it or lose it”.

The concerns with GBS appear to be driven significantly by what I see as too great a concern for fiduciary risk, particularly in relation what I believe should be the focus, namely risks to development outcomes.  I characterize this as the triumph of PFM over PEM (Public Expenditure Management).  My emphasis on the PEM perspective in PFM reflects a view that sound budgeting is about managing dynamically all the pressures for spending:

My sense is that the emphasis under the PFM banner has shifted towards budget execution and the associated accounting systems and, as noted below, the Paris Declaration appears to have become part of the problem.  As an unabashed enthusiast for the importance of budget formulation – as a process for legitimising resource allocation decisions and, consequently, underpinning efficient and effective resource use – I consider that there has been far too little attention to the processes around budget formulation. Budget support, even at the sector level, is more likely support the strengthening of these processes than are other forms of aid.

It has often been the case during the 2000s that low PEFA scores have been advanced as an argument for either not using a government’s own systems or for putting in place detailed control mechanisms.  The latter might well have seen a reduction in corruption but, with little or no resources being released because of stringent controls, nor has there been any associated development. A risk management strategy will require a much broader range of analytical tools than those mentioned in John’s piece.

Recognizing the reality that fiduciary risk exists, I would argue for tackling these risks within a broad risk management strategy that focuses on the risks to development outcomes. Particular attention needs to be paid to explaining risks around aid in donor countries.

This is not an either/or. We need to pay attention to all phases of the budget cycle and, in particular, to their linkages. In addition to the inadequate attention to front end budget formulation processes, fundamental aspects of the back end M&E phase have been neglected. On the more mundane expenditure side this is highlighted by the question from a budget official in one South East Asian country: “why do we need to have information on actual expenditure?” One significant element of the house of cards that budget formulation can be is that it is so often based on budget or revised estimates (on both the revenue and expenditure sides), which can be very different from the actuals, particularly at the individual organization level in the case of expenditure. On the development aspects of M&E, too often this has lacked the dynamic PEM/budget cycle emphasis. Too often it continues to focus on projects. Where M&E has a more expansive focus on results on the ground in the budget context, too often there is no monitoring of actual results[2].

I am wondering where I sit in relation to Robert Cannon’s “ideologies of development embedded in the Paris Declaration and its related Jakarta Commitment”. To the extent that the ideology is about using (and helping to strengthen) a country’s systems (and, very importantly, its processes), then I am firmly in that camp. In this context I am particularly pleased to see how AusAID in Indonesia is moving aggressively in the next phase of its support to education and health to use and strengthen Indonesia’s own systems. The challenge for those of us in this camp is to define appropriate risk management strategies (as opposed to risk control). You will be pleased to read that that will be for another time.

I am not of the Paris Declaration ideology when it comes to monitoring progress.  The Declaration begins by putting PEM at the centre of PFM but by the time it comes to monitoring progress it is narrowed to budget execution, national financial reporting and national auditing requirements. I believe that “ideology” underplays development outcomes and contributes to the overplaying of fiduciary risks.

All in all I would argue for a more aggressive move to increasing the share of aid going to budget support. Arm in arm with this shift must be an increased focus on the range of risks at all stages of the budget cycle – from the links between policy, planning and budgeting during budget formulation to the reliability and timeliness of actual data on expenditure and results.  Greater transparency must be a key ingredient of any risk management strategy and particular attention needs to be paid to explaining to the domestic audience in donor countries risk/development interactions and the trade-offs.

[1] I should emphasize that I am using the word “institutions” to mean “the rules of the game”.

[2] The growing interest (by donors at least) in engaging citizens in monitoring and evaluating the quality and impacts of government programs and spending is a particularly welcome development.