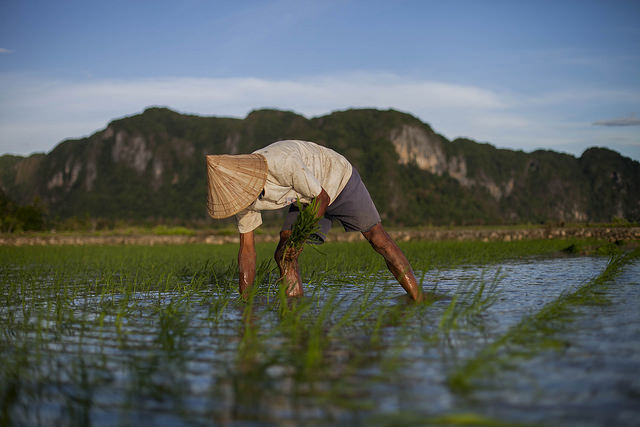 As the 2015 G20 Summit in Antalya nears, expectations for success remain uncertain. Few people interested in seeing the G20 take on a more active role in the development space have high hopes. But the Turkish Presidency has offered some reason for optimism. The Food Security and Nutrition Framework promises a possible reinvigoration of the G20’s development agenda.

Food security was among the nine original priorities identified by the G20 in the Seoul Development Consensus, and arguably sits at the core of the G20 development agenda. Under the French Presidency in 2011, it was even promoted to a summit priority as the ongoing food crisis urged leaders to focus on the damaging impact of price volatility [pdf].There was widespread optimism that political leaders might seriously address poorly regulated commodity futures markets and reduce distortionary agricultural subsidies and biofuel targets. Much of that optimism turned out to be misplaced.

Since the Mexican Presidency in 2012, the food security discussion has narrowed sharply. For a while, it even looked like it might disappear off the G20 agenda entirely as the Russian and then Australian Presidency demoted it to a non-priority. But a 2014 review into the G20’s food security role came back positive and identified strong links with economic growth, employment and investment.

In response, the Food Security and Nutrition Framework, outlining a number of key priorities and possible actions, was endorsed by G20 leaders in the Brisbane Communiqué.

The Turkish Presidency looks set to take this new framework seriously. They have promised to place development at the centre of their agenda, with food security receiving ‘particular attention’. Outside momentum has also been building with G7 leaders committing to lift 500 million people out of hunger by 2030.

The problem with development

A successfully reinvigorated food security discussion would make a vital contribution to securing the future of the G20’s languishing development agenda. Its success will depend in part on how well it can respond to the growing criticisms that development is not suited to the G20 format.

The complaints have not been helped by the G20’s unimpressive record of achieving its own development goals. Success stories have been scarce and much of the work has been regarded as showmanship. Many critics think the development agenda is now too diffuse and too disconnected from the G20’s core priorities of economic growth and jobs.

As the G20’s development agenda has begun to stagnate, it is at risk of losing legitimacy. Many of the development problems that have received attention require significant technical expertise, implementation capacity and an inclusive representation. The G20 is not good at any of these things.

The need to refocus

All of this means that there is a real need to refocus the G20’s development agenda. Aside from representing an important moral obligation, development is clearly highly relevant to the G20’s objectives of creating strong, sustainable and balanced growth. There is substantial truth to the criticism that the current agenda is inconsistent with the G20’s unique strengths. But this should only stress the importance of ensuring that development issues are carefully filtered to suit those strengths.

There are many development issues that are both relevant to the G20’s objectives and appropriate for its abilities. Of course many of the most suitable issues are also the most difficult to achieve political consensus on. As a result G20 members have tended to defer to less contentious issues, usually requiring more technical solutions that extend beyond the real power of an informal leaders forum.

Food security might just represent an ideal candidate to refocus the G20 development agenda for success. The link between food security, growth and jobs has been clearly demonstrated. A number of key structural economic issues undermining food security, such as commodity market regulations and agricultural subsidies, are within the power of the G20 to change, and suit its strength as a global policy coordinator. Food security also permeates throughout a number of core G20 issues, including investment, trade and energy sustainability.

So what would a more effective food security focus look like? The Food Security and Nutrition Framework provides a starting point, though one with mixed potential.

The framework does address the need to carefully filter the G20’s food security agenda to ensure its focus is relevant to the G20’s strengths. It does this by setting out a formalised list of criteria for identifying appropriate programs and solutions. However, it is not immediately clear that the suggested priorities, spanning investment, employment and productivity, are actually well suited to the G20’s role. The majority of the food security concerns identified focus towards a technical discussion of how to increase long term food output. Although these priorities may benefit from G20 support, there is no clear barrier to independent domestic action that requires the use of the G20’s collective action strengths.

Instead, the framework appears to have deliberately avoided the recommendations for reform in the food security review that highlighted structural issues more appropriate to the G20’s comparative advantage. In particular, policies highlighted by the review to ‘manage market instability’ are conspicuously absent, especially because addressing price volatility has been previously identified by the G20 as critical to food security. It can only be assumed that the structural market issues contributing to price volatility, such as distortionary agricultural subsidies and unregulated commodities exchanges, are politically difficult to reach consensus on.

Where the framework provides the most potential is in its support for integrating food security into the wider G20 agenda. The framework itself is very light on how this will be achieved, but it provides a starting point for how development concerns might be more effectively considered by the G20.

Actual integration (or ‘mainstreaming’) of food security will require all relevant work streams to actively consider how G20 policies will impact on food security. A successfully integrated approach would demonstrate to leaders that development can be achieved through mutually beneficial and growth promoting policies in areas such as investment, trade and energy sustainability.

However, it is not enough that leaders merely pay lip service to the positive spillover effects of policies already in their interest. Efforts must also be made to ensure that an integrated approach to food security promotes the avoidance of policy incoherence. For example, it makes no sense that the G20’s energy sustainability plan should promote biofuels as an energy source without considering the damaging impact such policies have on price volatility in agricultural markets. Integration must improve the focus on addressing the more difficult and politically contentious reforms, rather than act as an excuse to avoid them.

The success of the framework in implementing an integrated approach to food security will depend on the commitment of G20 members. Creating realistic opportunities for development concerns to influence wider policy discussions is vital. The framework envisages ‘arranging meetings’ with other work streams. A first step would be allowing members of the Development Working Group access to meetings between G20 Employment, Investment and Finance Ministers. Ensuring G20 members are accountable for their commitments, for example under the mutual assessment process, would also be necessary.

Introducing a food security dimension to other relevant G20 work streams would enable the G20 to actively promote development solutions by recognising mutual benefits and highlighting policy incoherence. By making a small step towards formalising an integrated approach to development, the Food Security and Nutrition Framework has the potential to demonstrate how a successfully mainstreamed development agenda might look. With the current G20 development agenda looking increasingly ineffectual, there is a real chance that food security could pave the way for a more active role for the G20 in the development space.

Lachlan Campbell is one of five Australian Youth representatives to the G20 in 2015. In August, he served as Australia’s Head Delegate to the Y20 Summit in Istanbul on a Global Voices national scholarship. Lachlan is completing a combined Bachelor of Laws and Bachelor of Economics at the University of Queensland.