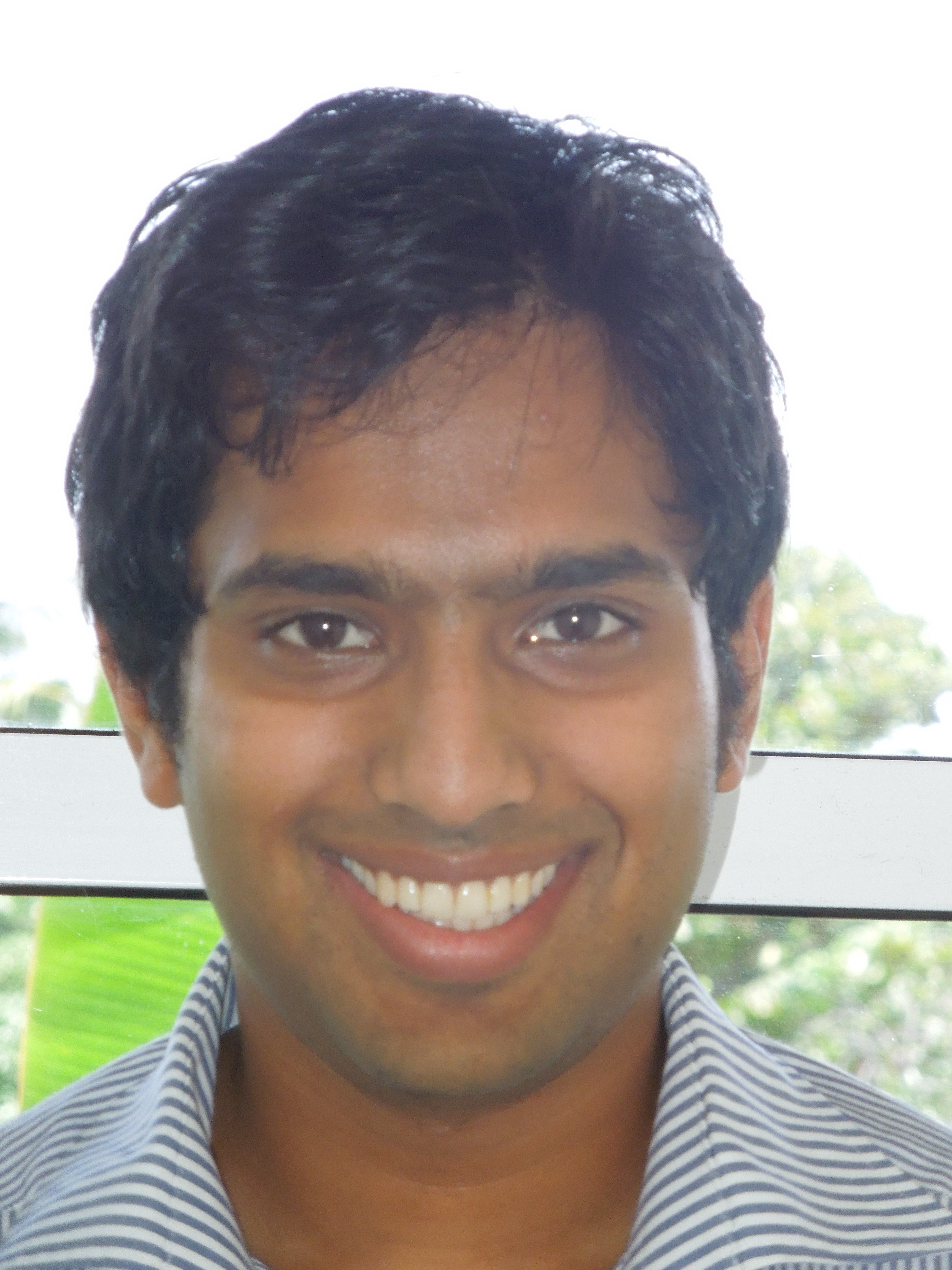 This is the first in a bi-weekly series of interviews exploring careers in development from the perspective of various development professionals. In this blog I sit down with Devpolicy Research Fellow Dinuk Jayasuriya.

Jonathan: Dinuk, could you tell us a bit about your background?

Dinuk: I finished school at 18 and accepted a cadetship at PricewaterhouseCoopers (PWC) where I worked for 4 and a half years. I was also studying a Bachelor of Commerce at the University of Melbourne full-time/part-time during that period.

When I finished that cadetship I decided I wanted to do something different with my life. I volunteered for a few months in Costa Rica and then went to Sri Lanka and worked on the 2004 tsunami relief efforts.

Then I came to Canberra, began a Master of International and Development Economics at the Crawford School at ANU and completed an internship over the summer at AusAID working for the then chief economist as a research officer.

I was then offered a scholarship, or a grant, from AusAID to do a PhD at ANU, looking at evaluations in developing countries. The focus was on Solomon Islands and Sri Lanka. Also, while in Sri Lanka I worked for the Red Cross as a lead independent evaluator. Then, just as I was completed work for the Red Cross, there was a vacancy at IFC as a consultant.

Jonathan: What is the IFC?

I was a consultant for most of that time, probably about one and a half years, and then for the last year I was promoted to staff. Then Stephen [Director of Devpolicy], who I worked with at AusAID, asked me to apply for this job at the Development Policy Centre.

Jonathan: So you made the jump at an early age from the private sector into the development sector and I think people would be interested to know if there was a moment that inspired that change?

Dinuk: There was actually. I was working in the Goldman Sachs offices for a bit and we were working about 10- to 15-hour days. I think one day people were talking about how many millions they’re going to make, just in the boardroom, and that didn’t really interest me.

Then that same day, it’s pretty cliché, I had my 10-minute lunch break and this old lady asked me to help her across the road and that made me feel better than anything that’s really happened in the last 3 or 4 years. So I quit my job and 2-4 weeks later, I can’t remember now, but maybe 4 weeks, I was in Costa Rica doing volunteer work.

Jonathan: And no regrets?

Dinuk: No, absolutely not.  It’s a scary decision but I said I’ll give myself two years trying development related work; if that is not successful, I’ll return to the private sector.

Jonathan: So run us through a bit of your time during the IFC. What were the major challenges for that experience?

Dinuk: I think my first boss at IFC was a person who had finished his PhD at Harvard on evaluations. He was a very smart guy. He’d been out of his PhD program for about 3 or 4 years, probably about 4 years. I asked him – What challenges do you face? – because the work really isn’t always intellectually stimulating so that’s really important to keep in mind.

Jonathan: In the IFC as a whole, or just in the evaluations?

Dinuk: No, I’d say IFC as a whole, the actual technical details aren’t rocket science. I mean you still have to have a solid technical grounding. But the key is working with people. That’s at least half if not more of your job.

And I don’t say that lightly, you have to work with people you don’t like, you have to be diplomatic, you have to be considerate. In these large multilateral organisations you are working with people from all different parts of the world. They all come from different cultural backgrounds and you really have to understand where they’re coming from and their incentives as well.

You also have to find a nice little balance between blowing your own trumpet and being modest, so people know what you’re doing. So I think the biggest challenge really isn’t the technical details of the job; it’s manoeuvring the political minefield that’s bureaucracy.

Jonathan: I guess that probably could likely be said of AusAID as most bureaucracies out there.

Dinuk: Absolutely. It’s a whole different world to academia, and the private sector actually as well.

Jonathan: You’ve now made a shift again from the IFC over to the Development Policy Centre, what motivated that choice?

Dinuk: The benefits of the World Bank Group are great. The financial benefits are amazing. So leaving something like that you really have to think about it. However over the last 12 or 13 years, I’ve learned the value of having a good boss. I knew I had that coming here. But also the opportunity to do the types of research that I want in interesting areas, and linking up with colleagues at the World Bank Group, the Asian Development Bank (ADB) and at AusAID and working with them.

Jonathan: You said your experience getting into the IFC was a lot of luck, but surely there are some strategic things you can do to better your chances of getting into these institutions?

It’s not a requirement, I have a friend who was selected into the World Bank young professionals program without having a PhD, but he is an exception. Further study is really important.

And then there’s the practical experience (ideally as a consultant or intern for one of these institutions). I think they both go hand in hand. You can’t have one without the other and try to enter a large multilateral organisation.

If I was someone who was 20 years old with the goal of working at the Word Bank, I’d do my further study first. But I’d do my PhD and Master’s in an area that is linked to the work that they’re doing, whether it’s health, education, evaluations, private sector.

And then while I’m doing my PhD I would link up with organisations that can enhance my experience. Also, people that come in at 32 or 33 and have relatively senior positions are people who would have gone to the worst places in the world and volunteered for a year, whether it’s North Korea or parts of the Congo.

Just by the virtue that they’re the only people willing to do that job they have been given significant responsibilities. When you have all these responsibilities you learn the hard way; it looks nice on your CV as well! It may be a sacrifice you’re making for 2-3 years in terms of your personal life, but a lot of it can be really enjoyable too.

Jonathan: That is really sound advice. Just back onto your point of further education, a lot of people do think about it. What advice can you give to people who are about to do, or are at least thinking about doing, a PhD?

Dinuk: When I started my PhD I was given some advice that was really important.

The advice that I was given was – firstly choose a supervisor that you can work with, that you respect and they respect you. Secondly make sure that your PhD is in an area that you’re really interested in. Don’t just do a PhD on something that sounds good, but be really fascinated about it, because you’re going to be spending around 3 years of your life on it.

Those are the two important points, getting into a good school is also important. If you don’t want to be an academic, I wouldn’t necessarily do a PhD in the States, because it takes you 6-7 years. You’ll receive a solid grounding in technical areas, but that means there’s less time to work or volunteer, which I think is probably just as important for most international organisations. So to be a practitioner, consider completing a PhD in Australia or the UK.

Dinuk: The UK is probably about 3-4 years, the same as Australia, and I suppose you have better universities in the UK. That’s where I would have done my PhD if I hadn’t been awarded a grant.

Jonathan: You mentioned the internship that you did at AusAID. They’ve have actually stopped running the summer internship program. But I’m sure there are other opportunities that you can pursue whilst you’re doing further study in other organisations?

Dinuk: The key is networking. I can’t emphasise it enough. Now that I think about it every job, except my IFC job, since after by bachelor’s degree, every job I’ve accepted or been offered and rejected I knew the person or I knew the people on the selection panel.

Jonathan: One last question. What do you think is going to be desired in terms of skills and experience from the next generation of development professionals?

Dinuk: That’s a really tough question. It’s one of those interview questions that I’d bomb out on. I don’t think there’s anything that I can add there. I probably can’t speak to 20 years from now and the areas that people would go into. One this is that you shouldn’t necessarily do a Master’s in Development Studies because that doesn’t get you very far.

At the World Bank the large majority of people are specialised in a particular area. The people who are senior who become generalists have initially been a specialist in an area.

Dinuk Jayasuriya is a Research Fellow at the Development Policy Centre. Jonathan Pryke is a Researcher at the Centre.

This interview is the start of a bi-weekly discussion series on development careers.  The rest of the series can be found here.