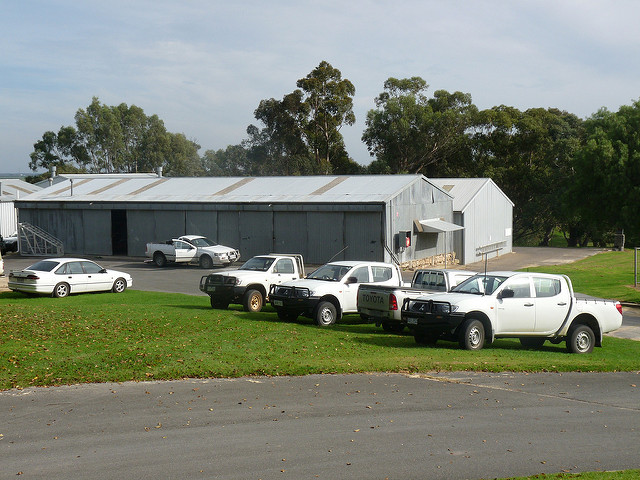 Illegal employment of labour – the black market and cash economy – is rife in Australia’s horticultural industry, undermining Pacific labour mobility. Four out of five employers surveyed in 2014 “recognised that undocumented workers were used to at least some extent” in the industry. Industry figures have “no doubt” about illegal practices.

Illegal labour can occur in a variety of ways but one method stands out above others: the use of labour hire firms. This is when a third-party entity supplies workers to a business, severing the direct employer-employee link and blurring the boundaries of accountability on questions of wages and conditions.

Anecdotal, survey and court evidence suggests there is a systematic abuse of workers by labour hire firms. For example, the March 2016 Senate inquiry, A National Disgrace: the exploitation of temporary work visa holders, found “a substantial body of evidence… demonstrated blatant and pervasive abuse of the WHM visa program by a network of labour hire companies.”

A perverse outcome of illegal labour hire is that employers who seek to do the right thing are seriously disadvantaged. The horticultural industry in Australia competes on slim margins and where malicious employers and labour hire firms underpay workers, a ‘race to the bottom’ occurs across the industry. Programs like the Seasonal Worker Program become too expensive to use given recruitment and regulatory oversight, and are priced out of the market. The result is that the labour market for horticulture ends up with one Pacific seasonal worker for every 10 backpackers.

As argued in various Devpolicy submissions (here and here), regulation of the labour hire firms is an important step in cleaning up the horticultural industry and making the Seasonal Worker Program more attractive.

Fortunately, governments are starting to act. In the first week of May, both the Victorian and Queensland state governments announced plans to regulate labour hire industries in their jurisdictions.

In Victoria, the Andrews government has taken a thorough approach to the issue. In September 2015, an RMIT industrial relations academic, Professor Anthony Forsyth, was appointed to undertake an independent inquiry. Forsyth made 35 recommendations, including the establishment of a licencing scheme to regulate labour hire firms in addition to a voluntary code of conduct. The Andrews government has accepted the major recommendations, and 33 of the 35 in total.

There was a parliamentary inquiry into labour hire in Queensland but little appetite for regulatory change. Reports from June 2016 demonstrated there was no consensus on what should occur and the inquiry failed to make a recommendation on the regulation of labour hire firms. But Premier Annastacia Palaszczuk announced last week the introduction of a new mandatory licencing scheme due to take effect in 2018. While it is unclear what created this about-face from the Palaszczuk government, it is a welcome commitment.

One possible answer is politics. While the Premier cited the case of exploited ni-Vanuatu workers, which Stephen Howes covers here, as evidence of why this change was required, this case first came to light back in 2014, attracted further attention in 2016 and was finally concluded earlier this year. In reality, the lack of consensus from the parliamentary committee shows the political difficulty in shaping effective policy for industries such as horticulture. Queensland in particular has powerful regional interests who may feel threatened by the introduction of additional regulation. Indeed, the horticultural industry were “lukewarm” according to this ABC report.

While Victoria and Queensland should be applauded for stepping in to clean up the horticultural labour market (following the example of several countries such as the United Kingdom), there is an obvious question around the lack of federal leadership. Do we want to end up with eight different approaches to labour hire firms across Australia?

While various federal governments have been loathe to step in, viewing the labour hire industry as a state responsibility, there is growing pressure on them to do so. The Victorian Industrial Relations Minister, the Hon. Natalie Hutchins, argues Victoria had to move ahead given the lack of national action. In a statement to the media, she said “we need a national approach to what is a national shame”. The view from industry is similar. Growcom’s Rachel Mackenzie urged the Palaszczuk government “to thump the desk at COAG (Coalition of Australian Governments) to look at a national scheme.” Both of these positions mirror the conclusion of the ‘A National Disgrace’ inquiry which recommended, “that a licensing regime for labour hire contractors be established with a requirement that a business can only use a licensed labour hire contractor to procure labour.”

In conclusion, it is an important breakthrough to see state governments committing to regulate labour hire companies. Hopefully, it leads to a federal response. Cleaning up illegal practices will help even the playing field for employers who do the right thing and result in more Pacific workers employed in Australia, earning more and sending more remittances.