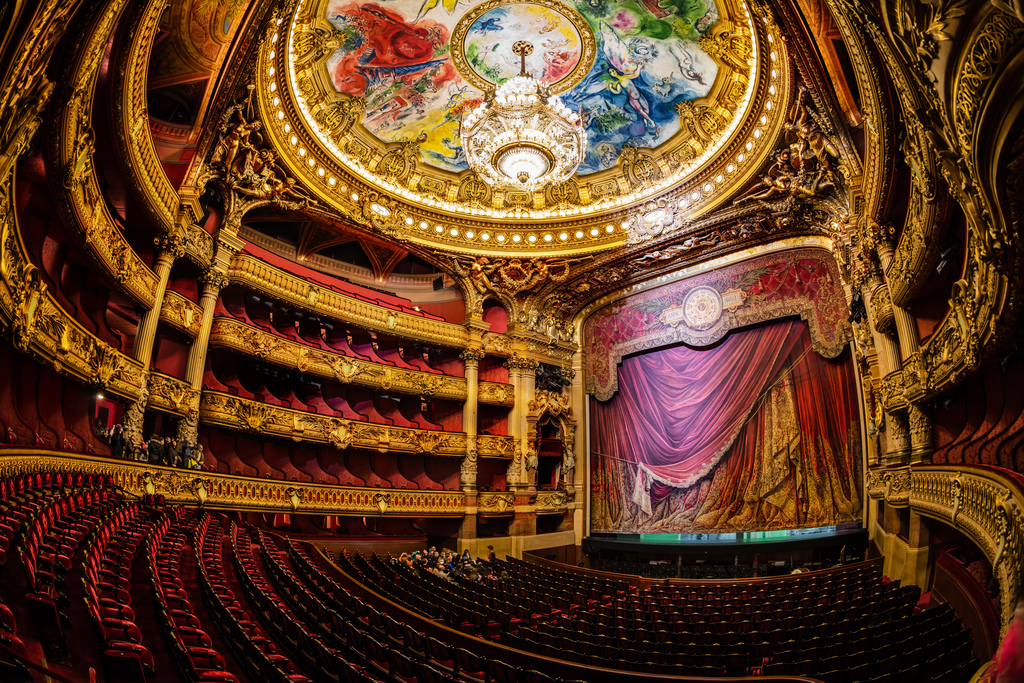 In the course of the leaders’ session on the first day of COP 21, the climate change conference in Paris, more climate finance pledges emerged, including Australia’s.

Prime Minister Malcolm Turnbull pledged A$1 billion over the next five years, to be drawn from ‘our existing aid program’. This is about half the amount that most observers would probably consider to be credible, let alone fair, as was argued in this pre-COP post.

There has, as always, been some misreporting—that the whole amount will be contributed to the Green Climate Fund, or used for adaptation in the Pacific, or contributed to the Green Climate Fund but earmarked for the latter purpose. In fact, it looks like the money will be spent in the same way as past climate finance: on both climate change mitigation and adaptation through a range of multilateral and bilateral mechanisms. In use, as in quantity, nothing will change.

Malcolm Turnbull’s announcement has attracted criticism on the grounds that it further reduces the availability of Australian aid for other purposes. This criticism misses the mark, but only because Australia is—as noted in the pre-COP post linked above—probably already spending around A$200 million per annum on programs that are in one way or another contributing to climate change mitigation or adaptation.

The problem is not exactly that the Australian government is repackaging existing aid; everybody is doing that. The problem is that it is only repackaging existing aid. Other bilateral donors are in many cases doubling their annual commitments by 2020. Even though the numbers are undeniably rubbery, and some of the financing pledged might not be used effectively, whatever constitutes the useful core of current climate finance is set to more or less double. But not in Australia’s case.

The chart below puts Australia’s commitment in a global context and, incidentally, sheds some light on the overall situation with respect to public climate finance. It shows how much each of 14 bilateral donors—the ones who have made sufficiently specific pledges not long before or at the Paris conference—expect to be spending each year by 2020. (China would not wish to be described as a donor, but never mind.) 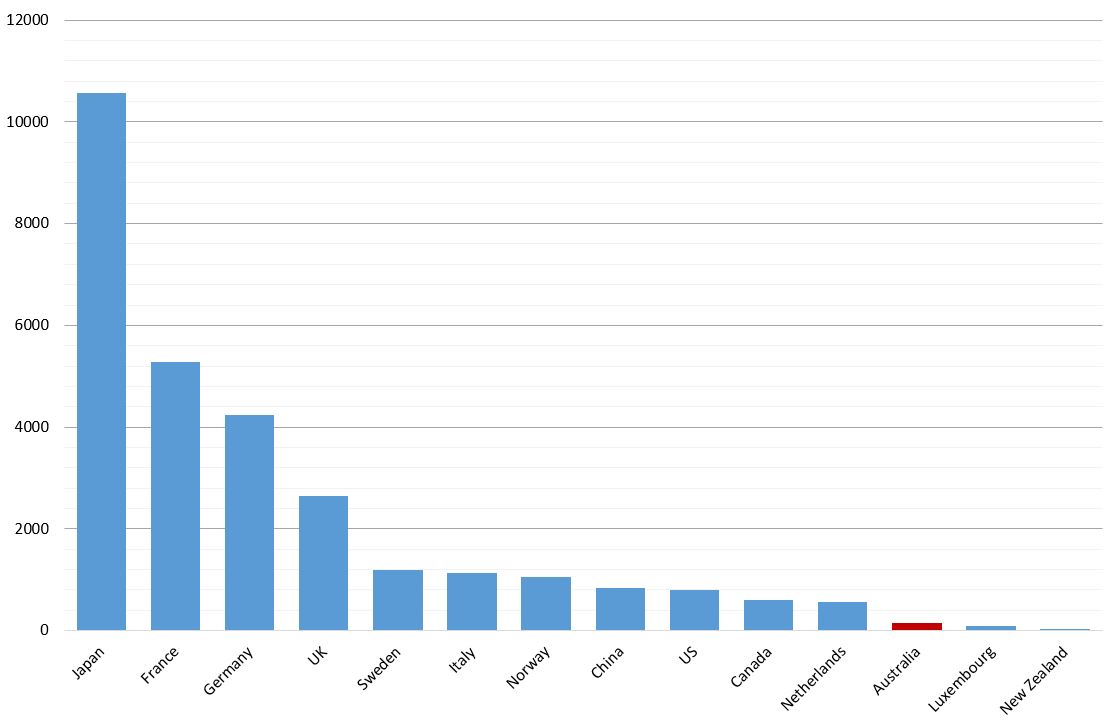 Putting this picture together required a little guesswork because some donors, including Australia, have only said how much they will spend between now and 2020. They have not said how much they might be spending in the year 2020. In such cases, the annual average amount has been used for 2020, plus a somewhat arbitrary but conservative 10% markup to reflect the fact that there is likely to be at least some upward slope in spending profiles. It should also be noted that the US has simply been cagey about its future spending, which means we have little more to go on than its US$3 billion pledge to the Green Climate Fund. The US will spend much more than that between now and 2020. So the figures below need to be handled with care.

With those qualifications in mind, it is noteworthy that total 2020 expenditure is projected to be US$30 billion for these 14 bilateral donors. Public finance from major multilateral sources is projected to be even larger, at around US$42 billion, as shown below. 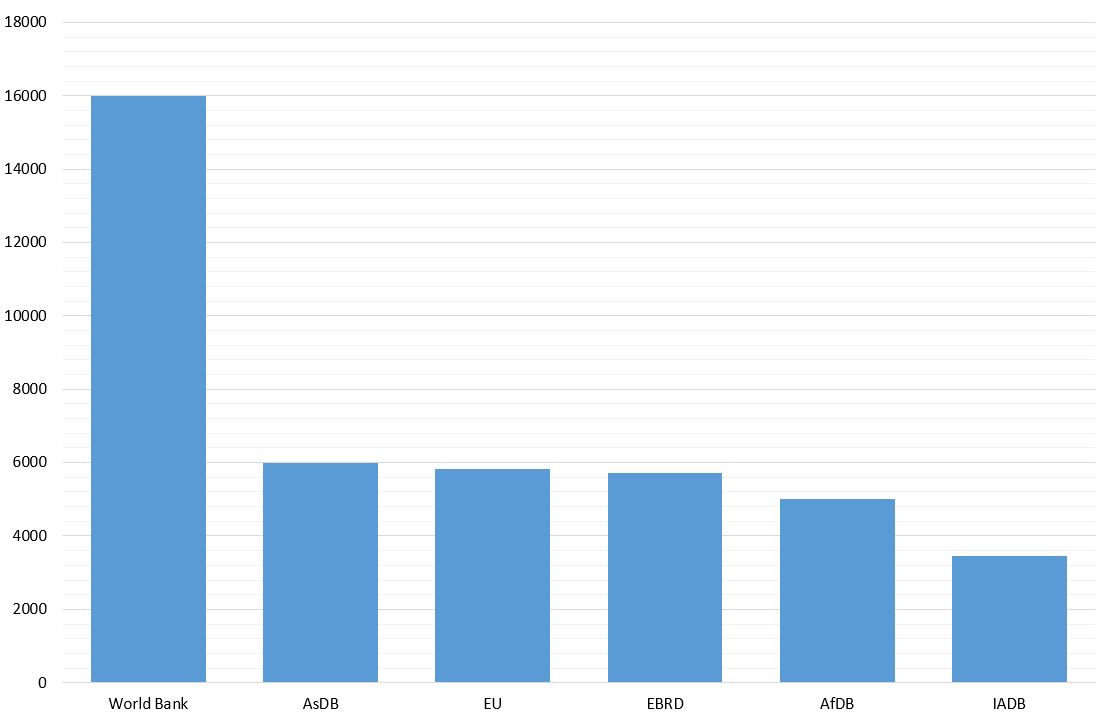 We can’t simply add up the above bilateral and multilateral public finance projections to arrive at at total of US$72 billion because the bilateral donors’ pledges include core contributions to climate-related multilateral funds and programs. However, even if 40-50% of all bilateral outflows were to end up in multilateral pockets, public finance in 2020 would, on the above numbers, be US$57-60 billion. The OECD has calculated that total public finance in 2014, without double-counting, was US$42 billion. The pledges currently on the table therefore suggest a growth in annual public climate finance of 36-43%, or let’s say around 40%, between 2014 and 2020.

How does Australia’s effort compare with that of other donors? After all, Australia is not a major economy even if it somehow gatecrashed the G20. One way of comparing effort is to scale other donors’ GNI to match Australia’s and then see what happens to their climate pledges when similarly scaled. For example, if a donor’s economy is one-tenth the size of Australia’s, we can multiply it, and their climate finance pledge, by ten. The chart below shows how Australia compares to the other 13 bilateral donors when their economies are knocked down or blown up to the size of our own. 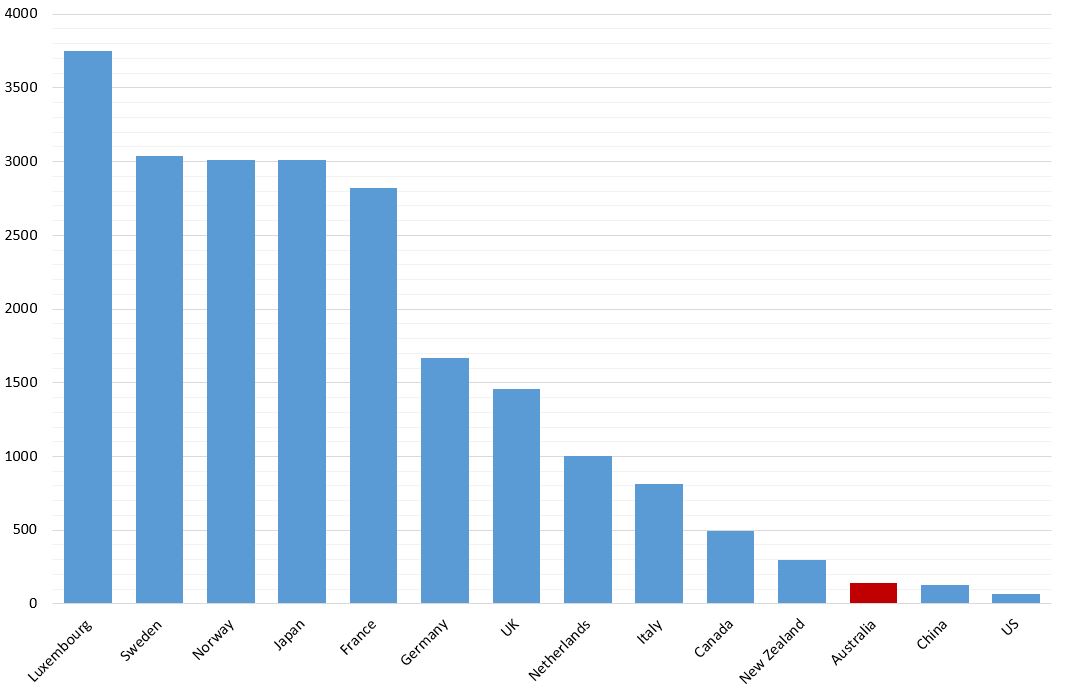 Clearly, Australia’s could hardly be a less impressive performance. The only donors lower in the effort stakes are China, a developing country, and the US, a country that has not yet pledged for the period in question but will certainly deliver far more than shown above. It should be noted that the average donor in this group of fourteen, with scaling applied, has pledged to increase spending to US$1.6 billion per annum by 2020: eight times as much as Australia.

It might or might not be significant that Malcolm Turnbull, in his COP 21 statement, pledged to provide ‘at least’ A$1 billion in climate finance between now and 2020. Such qualifiers are not common in funding announcements, or at least Australian ones. It is remotely possible that the qualification is there to allow an increase in the pledge in the course of the Paris negotiations, perhaps in tandem with the announcement of a more comprehensive US pledge. More likely, it is there to signify that the government might add more funding later, when the political micro-climate within the Coalition is more favourable.

In short, it remains a possibility that additional effort will be made in due course, as the still-new Prime Minister gains authority. And it remains a possibility that this additional effort could, as urged in my pre-COP post, help restore rather than further compress the Australia aid program. It probably wouldn’t be wise to bet on that, but then Turnbull’s odds have been very long in the recent past.