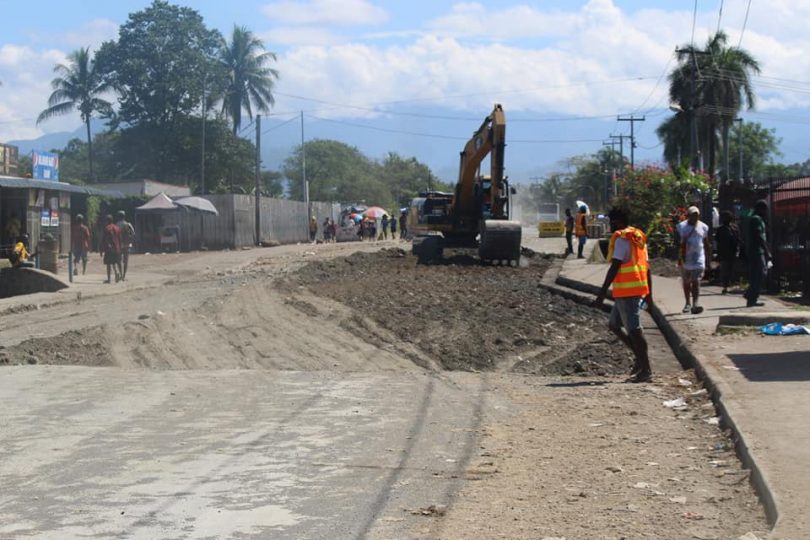 Inadequate funding has meant roads are few, far between and in poor condition across Papua New Guinea. Port Moresby is not connected by road to either the industrial hub of Lae or the agricultural and population centre of the Highlands region, even though all three locations are on the same landmass. With 17% of PNG’s population having no access to roads at all – as noted in this year’s budget documents (Volume 1, page 13) – many people lack access to markets and services, including health and education, posing a serious impediment to development.

The Connect PNG Economic Road Transport Development Program (Connect PNG), announced in 2020, aims to address these issues. More than 16,000 km of road will be worked on over several phases under the 20-year program, at an estimated cost of K20 billion. Phase 1 aims to finish the Trans-Island Highway and consequently link Port Moresby and Lae, followed by Goroka, Madang, Mount Hagen and Mendi. It includes several road projects that began under the previous government. Phase 2 primarily seeks to link isolated provinces to the rest of the country, and Phase 3 focuses on completing north–south access along the border with Indonesia.

Connect PNG is a step in the right direction for PNG’s development, in that it pledges greater and more consistent funding for road construction and maintenance. But the program faces clear limits from the outset, with significantly less funding to be provided by the government than legislated.

There is no doubt that Connect PNG is aiming high. The PNG government has committed a significant 5.6% of the annual national budget towards the program, as outlined in section 3(1) of the Connect PNG (Implementation and Funding Arrangements) Act 2021. Using forward projections for budget expenditure, this commitment would amount to over K1.1 billion in 2022 prices each year until 2027. 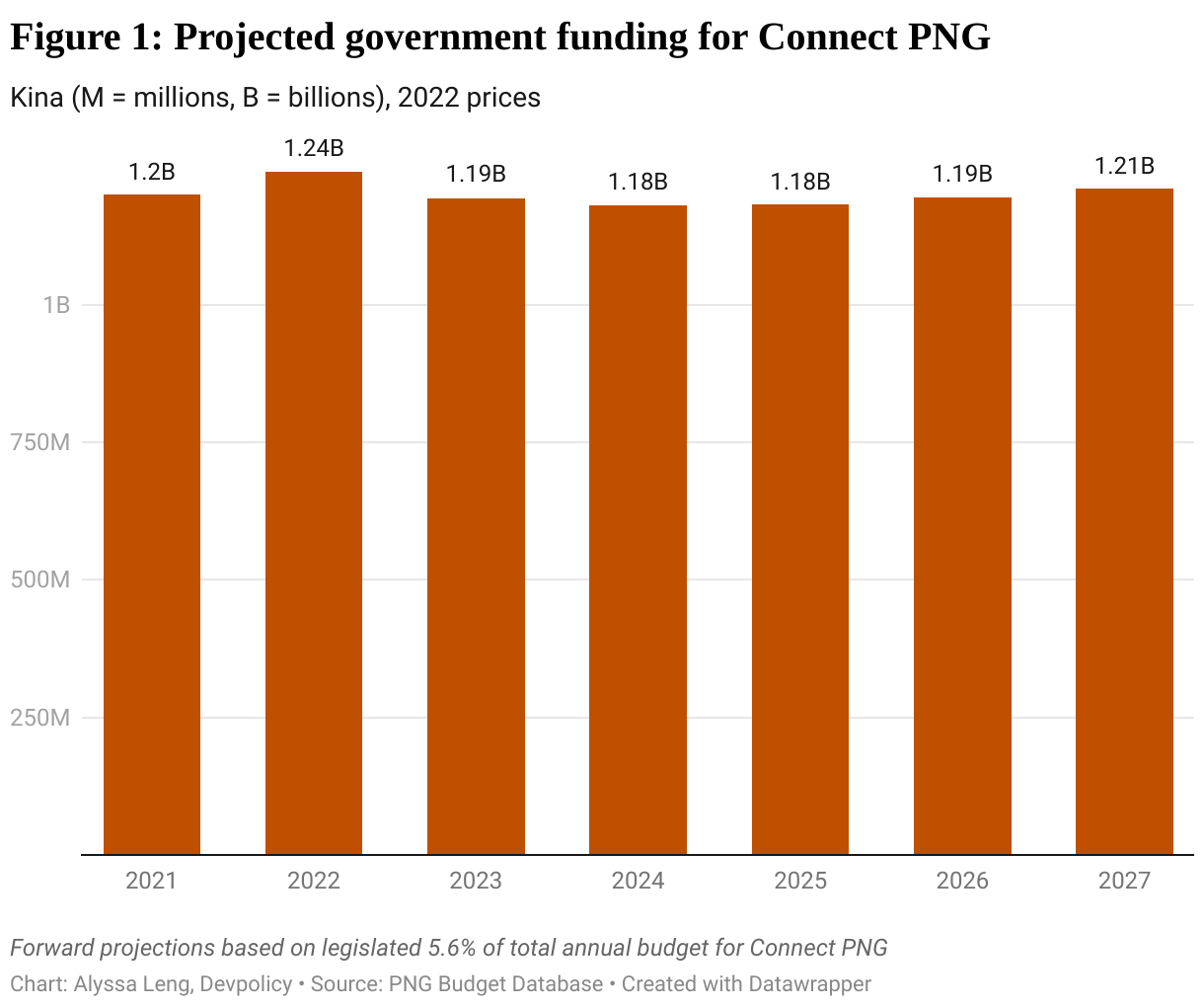 It is difficult to compare this level of spending to how much the PNG government has spent on roads historically, due to lack of data. But in 2022, the legislated budget allocation for Connect PNG comes close to both the budget allocation for the entire law and justice sector, as well as the 6.4% of this year’s budget given to the education sector (Volume 1, Table 19).

Should Connect PNG’s plans come to fruition, roads would receive a far more consistent flow of funds than has occurred previously. This is particularly promising for road maintenance, given its relatively low visibility and high economic returns relative to road construction.

Yet it seems unlikely that this ambition will be fully realised, even in the immediate future. Instead of the K1.24 billion implied by the 5.6% rate, budget documents suggest that the government has put aside just K522 million for Connect PNG in 2022 (Volume 1, page 83). The same documents also refer to a minimum of K500 million annual budget support (Volume 1, page 13) instead of the legislated 5.6% of the total budget.

Further over the horizon, Public Investment Program forward estimates suggest that spending on Connect PNG and related projects by the Department of Works & Implementation will not surpass K625 million in nominal terms annually between 2022 and 2026 (Volume 3A, pages 566-672). Importantly, this reduction in funding relative to the legislated amount comes before the persistent underspend and corruption allegations which have plagued efforts around road infrastructure in PNG.

This reduced level of funding will clearly make it substantially more difficult to achieve Connect PNG’s goals in full and on time. A smaller pool of available funds may see maintenance continue to be crowded out by construction, even though maintenance costs will only increase as PNG’s road network expands. Funding constraints will also make it crucial that the right roads are prioritised for work.

External financing, to make up for the shortfall in PNG government funding, will consequently be key to Connect PNG. Section 3(2) of the Connect PNG (Implementation and Funding Arrangements) Act 2021 expressly authorises borrowing for the program. But while program documents (page 17) suggest donors and partners have pledged an “additional USD6.9 billion” to “achieve 90% of the [Connect PNG] program in the next ten years”, it is unclear how much each partner will individually contribute or when such assistance would be disbursed.

For Australia in particular, there is room to go further in supplementing the PNG government’s efforts. The Australian Infrastructure Financing Facility for the Pacific has provided just AUD72.2 million of grants and loans, largely for road maintenance, despite broad support for the initiative. Australia’s traditional focus on maintenance may prove to be a good complement to Connect PNG’s focus on construction, but care will need to be taken to prevent moral hazard and the prospect of loan repayments crowding out maintenance spending in future.

Altogether, the Connect PNG program is a positive signal of intent from the PNG government in supporting long-term road construction and maintenance. It is encouraging that a minimum of K500 million seems to have been allocated to Connect PNG until at least 2026 – but this figure is much lower than the 5.6% of the annual national budget promised by the PNG government. How the program’s ambitions translate into reality and development in PNG therefore remains to be seen.