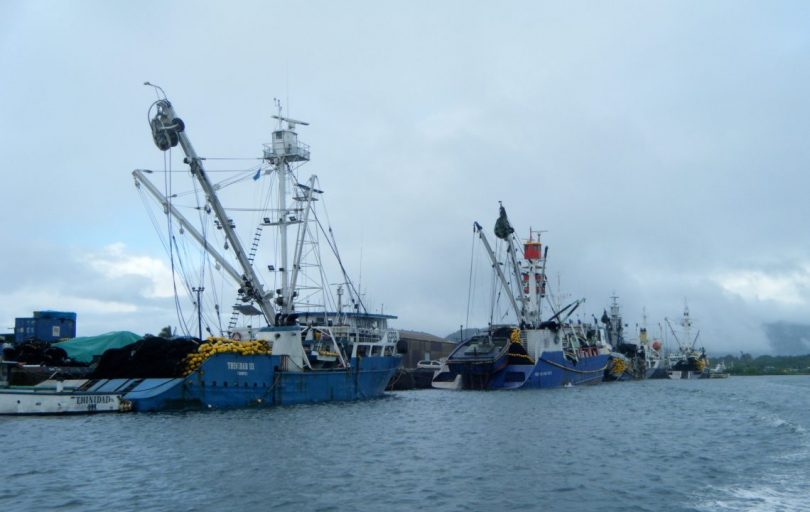 The importance of tuna in the Western and Central Pacific Ocean (WCPO) cannot be underestimated. Approximately 60 percent of the raw material for the global tuna canning market comes from the WCPO. There are two reasons why COVID-19’s impact on the tuna industry should be monitored.

First, shelf-stable foods, such as canned tuna, have taken on a new level of significance for food security. Second, Pacific island countries are dependent on revenues from the licensing of fishing vessels.

The declaration by the World Health Organization (WHO) of COVID-19 as a pandemic prompted Pacific island countries to close their airports and ports. Foreign vessels are now required to spend up to 14 days quarantined at sea before going into port. Some measures have also prohibited carrier vessels that originate in, or transit in, countries that have COVID-19 cases. These measures have disrupted fishing operations because of the constraints to transshipping.

Pacific island governments have suspended the requirement to have observers on purse seine vessels and will allow vessels to transship at sea. It is normally mandatory for purse seine fishing vessels to have observers on board while in the fishing grounds. However, due to the closure of the airports it was difficult to mobilise the observers, and there were also concerns about their health and safety. Because of these constraints, the World Tuna Purse Seine Association (WTPO) asked for flexibility from the Pacific islands governments. This decision to remove the requirement of observers was not taken lightly and has been criticised. Nineteen environmental non-government organisations wrote a joint protest expressing their concerns about illegal, unreported and unregulated (IUU) fishing. I will return to this later, but let’s first look at two examples of how different companies are faring.

FCF Fishery Company Ltd of Taiwan (FCF) is the largest tuna trader in the world, and a vertically integrated fishing company. It has a diverse range of fishing interests around the world including in the WCPO. Their activities focus on catching tuna, processing, and wholesaling, with interests in a processing plant at Wewak, in East Sepik Province of Papua New Guinea.

FCF associated purse seine vessels have had their operations disrupted. They have waited, sometimes for over a week, to get authorisation to operate without an observer which cost them, in lost fishing time, between US$50-60,000 per vessel per day. The closure of the ports, and the extended quarantine periods, has made it difficult for their boats to use the ports in the region. Their various processing plants have also been compelled to shut down for varying periods of time. Their processing plant in Papua New Guinea is being affected by labour shortages because of the country’s declared ‘State of Emergency’ reducing productivity. These supply issues and the need to protect their workers has also affected production in their plants in Thailand, Mauritius and China. The closure of airports has affected the company’s domestic longline fleet in Fiji, Marshall Islands, Federated States of Micronesia, Palau and possibly French Polynesia, and staff have been laid off.

FCF has observed strong demand for their shelf-stable, canned tuna products as a result of consumers stocking up to meet the need for physical distancing. However, there has been reduced demand for longline fleet product, in particular carbon oxide processed steaks, loins and ultra-low temperature sashimi, partly related to the postponement of the 2020 Olympic Games in Japan, which would have increased demand for sashimi grade tuna.

In contrast, those who are not reliant on foreign flagged vessels and crews have had the least disruptions to their operations. For example, two Solomon Islands-based fishing companies, Soltuna, a fish processing company, and National Fisheries Development (NFD) Ltd, a fish-catching company, who are both vertically integrated with the Bolton brands and have their own Solomon Islands flagged vessels and crews, do not have the challenges experienced by other processing plants that are not vertically integrated and that rely on foreign flag vessels. They supply both the local and international markets exporting canned tuna to Papua New Guinea, Vanuatu and Fiji, frozen tuna to Japan, and loins to Italy. As the General Manager of NFD Ltd told me: “What this crisis is revealing is that locals can lead and implement most shore and some vessel operations, with guidance from experts offshore.”

Ensuring the right balance between maintaining the integrity of the conservation and management measures in the WCPO, while allowing flexibility for fishing vessels to maintain production is not easy. The short-term measures taken by Pacific island governments are understandable, and will contain the damage, though losses to both revenue and employment are inevitable. Nevertheless, the current crisis also suggests some directions for long-term reform.

Anton Tranton has suggested that “part of the global seafood industry’s trouble in adapting to COVID-19 is its general lack of digitisation and reliance on business-to-business relationships”. As the 19 NGOs wrote in their letter of protest: “Despite the current challenges, there is a path forward that would protect the health and safety of observers, crew, inspectors and onshore communities, while mitigating the loss of scientific and compliance information to fishery managers in RFMO Secretariats and port, coastal and flag states. Requiring the increased use of alternative methods for collecting, sharing, auditing of data would promote compliance with, and support of, existing conservation and management measures and data collection requirements in the absence of human observers and inspectors. It would also provide some reassurance to the market of the traceability and verifiability of the global seafood supply, in this unsettling time, without jeopardising food security more broadly.”

Making greater use of remote and transparent data collection is clearly one way forward. Another longer-term strategy would be to boost the use of local crews and processing. Finally, there must be increased cooperation between the tuna industry and Pacific island countries to ensure the high standards of sustainability and social accountability in the WCPO are not sacrificed.

Dr Transform Aquora is CEO, iTuna Intel and Founding Director, Pacific Catalyst. He is the former CEO of the Parties to the Nauru Agreement Office.