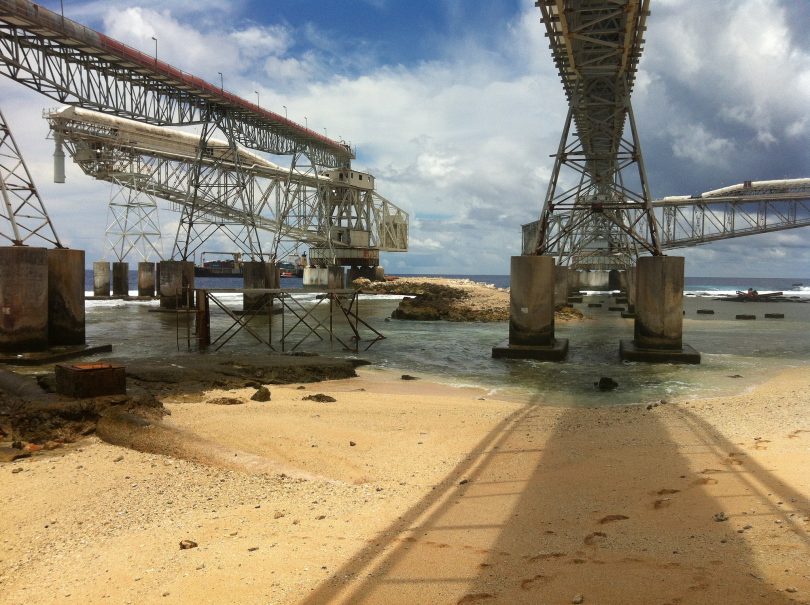 Some degree of caution is required in assessing debt sustainability in the Pacific. The debt to GDP ratio, a commonly used benchmark, may look disproportionately high at first glance. But this is because of generally small economic bases: as of 2017, eight of ADB’s 14 Pacific developing member countries (DMCs) had annual GDP levels of under $500 million. Another related Pacific peculiarity is that for the smallest economies — Kiribati, Tuvalu, and Nauru — revenue to GDP ratios regularly exceed 100%. Indeed, total government receipts were higher than the outstanding debt stock in nine of 14 Pacific DMCs in 2017 (Figure 1). However, this should not be interpreted as a license to incur more debt. Total revenues include those from sources that are unsustainable or volatile, such as fishing license fees, royalties from natural resource extraction, and grants. Small populations scattered over wide areas also make government operations expensive, resulting in annual fiscal deficits or small surpluses despite high revenues.

The remoteness and dispersion of most Pacific island economies also mean elevated costs for the provision of infrastructure. Distance drives up import costs for inputs that are mostly not locally available and for large capital equipment. Further, the Pacific’s vulnerability to disasters and climate-related shocks adds to infrastructure costs because higher initial investment is required for climate-proofed designs, as are greater maintenance and repair expenditures due to more frequent damage.

The International Monetary Fund (IMF) notes that debt risks in the developing world have risen substantially since 2013. In the Pacific, both external and total public debt as a percentage of GDP have increased by about 12 percentage points on average in the past five years, driven mainly by infrastructure financing. As of 2018, the IMF rates six Pacific economies at high risk of debt distress (up from four in 2015), and another four at moderate risk. These higher risk ratings are partly due to heightened recognition that additional debt vulnerabilities can stem from the long-term impacts of disasters, which are becoming increasingly more frequent in the Pacific. A July 2018 update to IMF’s debt sustainability framework aims to capture a fuller picture of country-specific debt vulnerabilities, allowing for more timely policy responses.

Looking forward, the World Bank estimates long-term financing needs — not only for infrastructure but also human capital investment — at more than ten per cent of GDP per annum for most Pacific economies. It also projects that climate change adaptation costs could add a further five to ten per cent of GDP in annual financing needs until the 2040s; this could exceed 20% of GDP in low-lying atoll nations such as Kiribati and the Marshall Islands.

By  balancing project pipeline priorities to address clear infrastructure gaps with complementary measures to better manage debt, Pacific economies have been working with development partners to navigate a path toward a sustainable expansion of access to basic services. Case studies compiled by the New Zealand Ministry of Foreign Affairs and Trade show that day-to-day debt management in the Pacific has improved over time, but remains an area for further capacity building. Experience across Pacific economies that have managed to control debt highlights the importance of developing a comprehensive approach that includes, among others:

Debt financing can play an important role in meeting substantial infrastructure needs in the Pacific, but strong project due diligence and debt monitoring frameworks are needed to safeguard against future repayment concerns and accompanying constraints on government resources. Firm commitment to prudent debt management, combined with a commitment to public investments that have significant economic returns, will be crucial to safeguard longer-term fiscal sustainability while supporting steady improvements in the well-being of Pacific communities.

Rommel Rabanal is a Senior Economics Officer with the Pacific Department of the Asian Development Bank.

Cara Tinio is an Economics and Statistics Analyst with the Pacific Department of the Asian Development Bank.