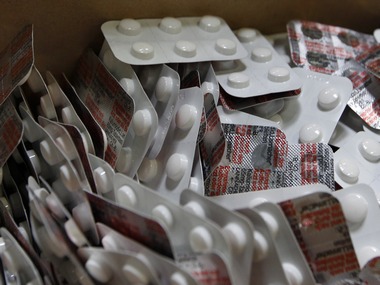 In the most recent of a number of moves across Asia, India’s patents appeal board last week revoked a patent granted six years ago on Roche’s hepatitis C drug Pegasys. The Indonesian government in September issued a decree that overrides patents on seven important drugs for HIV and hepatitis B, allowing local drug companies to make cheap generic versions. These drugs cover the ‘entire slate’ of medicines its population needs against HIV. Earlier in March this year, India issued a compulsory license for a drug used to treat advanced liver and kidney cancer. A similar case involving a Novartis cancer drug is currently before India’s Supreme Court.  The 2001 Doha Declaration clarified that, the provisions of TRIPS notwithstanding, countries have a right to override patents and issue compulsory licenses to protect public health

The World Bank and the end of poverty

The annual meetings of the International Monetary Fund and World Bank Group took place last month with world economic outlook, poverty eradication, economic development, and aid effectiveness highlighted as core components of the agenda. (A comprehensive summary can be found here.)  In his October 12 plenary speech World Bank President Kim put forward a vision to transform the World Bank from a knowledge bank into a “solutions bank”. President Kim also promised a “clear and measurable bottom line” for the Bank in terms of “ambitious targets” to “end poverty and build shared prosperity.” As Kim noted in his speech, ending poverty has since Wolfensohn and the 1990s been referred to by the World Bank as its “dream”. But now Kim wants the dream to become a yardstick. How the Bank will retain its credibility while claiming that it can realistically be held accountable for reducing, let alone eliminating, global poverty is unclear.

Back to governance for Cameron

In a WSJ op-ed, UK PM Cameron outlined his back-to-the-future vision for UK aid. Outlining a “radical new approach” to supporting good governance (“the rule of law, the absence of conflict and corruption, and the presence of property rights and strong institutions”), he made the case for “using our aid differently, as a catalyst to unleash the dynamism of developing economies.” The ideas that governance is important and that aid should be used to promote it are hardly new: both were eloquently articulated in the 2006 UK DFID White Paper [pdf], to give one example among many. What is missing from Cameron’s speech is any recognition of the difficulty of this task.  Aid has many credits to its name, but unleashing the dynamism of developing countries is not one of them. The British PM would perhaps benefit from reading John Eyers’ recent Devpolicy Discussion Paper (DP21) surveying the literature on aid to fragile states. John quotes Francis Fukuyama’s memorable line (from State Building) that when it comes to nation building “Solving the short-term problem and kicking the long-term institutional can down the road is often all one can do…”

The 4th OECD World Forum took place in New Delhi this month, focusing on ‘Measuring Well-Being for Development and Policy Making.’ The Forum was commended on forming a bold consensus to broaden the definitions of national progress beyond economic growth. ODI conducted a series of interviews with many of the prominent speakers, available here.

A new World Bank report suggests that if Africa’s leaders can embrace more dynamic inter-regional trade and dismantle trade barriers the continent could generate an extra US$20 billion in yearly earnings and grow enough food to feed the continent and avert future crises.

A new joint review [pdf] by Eurodad and eighteen partners, including Oxfam and Fair Trade, stresses the need for the World Bank to remove procurement restrictions and create smaller contracts to boost local industry in developing countries.

The full report for the CGD’s 2012 Commitment to Development Index (reported on in last month’s buzz here) is now available.

A new CGD paper explores options for the World Bank’s International Development Association (IDA) post-2025 as IDA-eligible countries will be half as large in number and one-third as large in population.

The Overseas Development Institute has released its annual report, highlighting a new strategic framework and rebranding of the Institute.

Jonathan Pryke is a Researcher at the Development Policy Centre. Stephen Howes is Director of the Centre. The Development Buzz is our monthly wrap and commentary on global development issues.