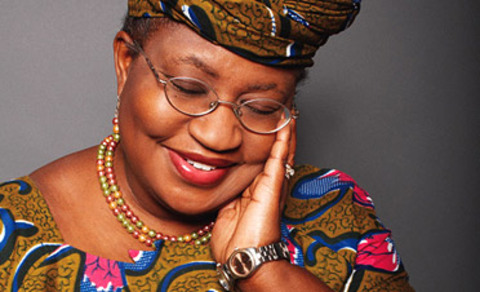 Here’s a quick round-up of some of the stories that have created a buzz or otherwise caught our attention over the last week.

International Development Secretary Andrew Mitchell announced the key outcomes of two aid reviews and set out the results that UK aid will deliver for the world’s poorest people over the next four years.

There was plenty of coverage of the aid reviews’ recommendations, including an article by Matt Morris for this blog.

Jonathan Glennie, a Research Fellow at the ODI and writing for The Guardian newspaper, saw DFID’s continuing push for more focus and results as a way to defend the UK’s support for international development to an increasingly sceptical public.

Yet it was also the push for focus that was also the most contentious part of the aid review is the decision focus aid–not least because it involved cuts to many country programs and some and multilateral agencies. The Guardian newspaper has a breakdown of the ‘winners and losers‘ and the planned aid spending for the next four years.

The reaction from commentators was mostly positive.

Meanwhile, the World Bank is rolling out a new strategy for Africa that focuses on filling an infrastructure financing gap–currently about $48 billion annually. The strategy also focusing on reducing vulnerability and resilience, governance and public sector capacity. The vision behind the strategy shows how fast Africa is changing:

The ten-year vision of the strategy is an Africa where, for at least 20 countries, per-capita income would be 50 percent higher than today–implying per-capita GDP growth rates of 3-4 percent a year8. Another 20 countries would grow at an average rate of 1-2 percent. The poverty rate would have declined by 12 percentage points. At least five countries will achieve middle-income status.

We’re big fans of aid transparency, so especially enjoyed reading Owen Barder’s ‘8 lessons on aid transparency‘, a download of his reflections based on three years working on transparency. Some highlights of his article:

AusAID has just introduced much needed guidelines to improve the transparency of technical assistance and reduce the cost of advisers.

The Adviser Remuneration Framework is a set of market-based, long and short term remuneration rates.

Remuneration is graded according to skills and experience:

In celebration of the 100th anniversary of International Women’s Day, Women Deliver has announced the ‘Women Deliver 100‘ a list of the hundred most inspiring people who have delivered for girls and women. We congratulate all the men and women who have been recognized, including Ngozi Okonji-Iweala, Managing Director of the World Bank, who has ‘shattered glass ceilings across continents and sectors, and fought to put women and gender at the center of the international development agenda. Currently a [managing] director of the World Bank, she was the first woman to serve as Nigeria’s Minister of Foreign Affairs and as Finance Minister, and she was instrumental in increasing government transparency and combating corruption in the country, which was once ranked the most corrupt place on Earth.’

As mentioned last week, at the Development Policy Centre, we love discussing development policy. We want to share more of what we’re reading with you and would welcome your feedback on your interests. What’s creating a buzz for you?