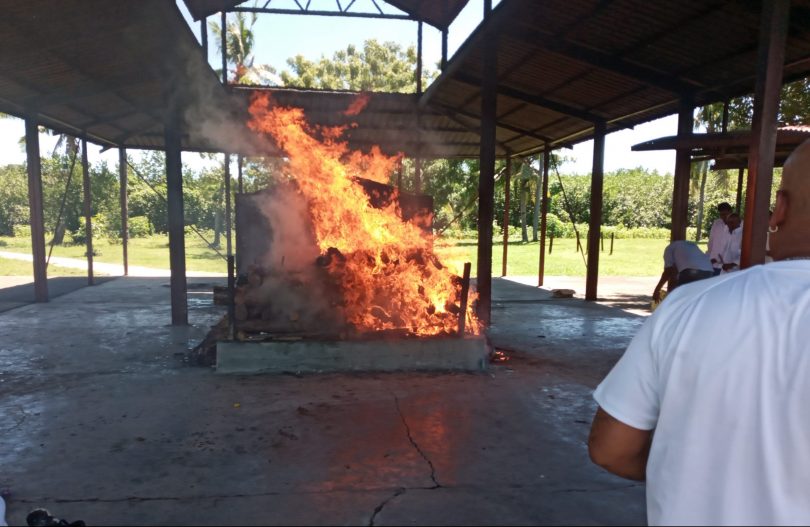 Alongside the myriad stories of closed borders, unemployment, struggling health systems, and surging COVID cases and accompanying increase in poverty, there is another heart-wrenching COVID-19 experience – not being able to be with loved ones in their last days on earth.

This is a Fijian story, but applicable across the globe to diaspora who left their homelands to migrate to greener pastures, for whatever reason: to escape political tyranny, hardship, or lack of opportunity at home; to seek temporary work on some labour mobility scheme; or to follow another loved one. (It is now also a domestic story of many nations, cities and states bordering each other with restrictions on movement, facing the same heart-wrenching pain of loss, suffered alone and without that final hug.)

Among the exodus that left after Fiji’s first military coup and since were the three children of my aunt and uncle. The eldest a tax accountant moved with his wife to Australia in 1997; the only daughter a BA graduate married another diaspora son in the US and moved there in 1997 too; and the youngest and his wife, both teachers, moved to New Zealand in 2006. A classic Fijian family: the children dispersed across Australia, New Zealand and the United States; only the parents left behind.

Over the years both parents and children made many trips to visit each other. There were trips into Fiji for holidays; and trips out of Fiji for the birth of grandchildren, and to utilise Australia’s superior medical service. At one stage, the parents even moved themselves to the US. But as you grow older, there is no place like home, and thus my Barima and Dadaji came back to live in Fiji, in their own home, while their children stayed abroad.

Badly managed diabetes in Fiji took the couple to Brisbane, Australia, in 2009; however, an amputation couldn’t be avoided. Despite a perfectly fitted prosthetic leg, depression set in for the golf-loving, soccer referee uncle, with life ending in 2016 due to diabetic and other complications.

It was not so long after that Barima herself began to go noticeably downhill. COVID-19 hit, and borders closed in March 2020. When we stopped by during Diwali in October of last year, she wouldn’t open the gate. When we phoned she asked who we were. Loneliness and dementia was setting in. Then a fall which wasn’t noticed by carers until too late landed her at Lautoka hospital. The extended family in Fiji did what they could, but the remaining relatives in Lautoka City are now themselves elderly, and frail. Infrequent visits were made by close relatives, the children kept daily tabs via Viber with the carers and doctors on duty, funding all that was required for their mother’s care. Barima died with one of her two carers and medical personnel at her bedside in her last days.

My cousins tried to come across to see their mother before she died. In the end, they just weren’t able to, but I have recorded some of our findings in a forthcoming blog in case it helps anyone else in a similar situation.

Barima’s death seems tragic. She died without her children holding her close in her final moments, her funeral pyre lit by another Jahaji son (a bond based on being a fellow immigrant who sailed across the seas from India and settled in Fiji) and a family friend who took it upon himself to care for her in her last years. Millions across the globe have been similarly affected in this fight against COVID-19, with closed borders, infrequent flights, expensive and hard to get quarantine facilities, all of which do not allow for timely farewells.

If you’re lucky you’ll make that flight, and quarantine for that final hug, or at least the funeral. If you’re not, you make do with a live streamed farewell. Separated by continents, it is our memories of our loved ones that causes such pain, but also that sustains us in times of grief.

We need to remember not only those we have lost to COVID-19, but also those, like my cousins and my aunt, who have suffered as a result of COVID-19 restrictions and separations, who have been isolated precisely when they are most vulnerable, and most need to be together. We owe it to the memory of the dead, and the suffering of the living, to all work together to end the scourge of COVID-19, and reopen borders with all required and tested protocols in place, just as soon but only when it is safe to do so.