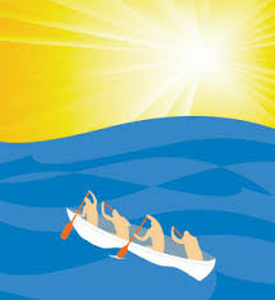 According to this year’s World Bank report on hardship and vulnerability in the Pacific, “Levels of inequality in the Pacific are comparable to those in East Asian countries. In all countries studied, the most well-off people (the top 20%) consume many times more than the least well-off.” These are pretty much the same conclusions as those made in a report that I co-authored for the ADB on poverty and hardship in the Pacific [pdf] some ten years ago. As far as inequality is concerned, little has changed.

Too often have certain people been excluded from the economic and social benefits of growth and development. They may inhabit isolated islands or infertile land. Their homeland may suffer from severe weather or disputed resource ownership. Others may be subjected to ethnic, social, economic and/or political discrimination. Or they may be people that lose out on jobs and other economic opportunities because a more competitive environment for trade and investment is not in the interest of a protected monopolist or oligopoly. Some may also fail to receive security, justice, primary health and education and other public services because of bad government practices, including corruption.

From the Pope to presidents, from academics to the staff of development agencies, there’s been much renewed interest recently in what policies might support more inclusive growth. The IMF largely looks to fiscal, trade, investment and other macroeconomic policy. Others promote changing the structure of the economy and/or corrective social policies. But is any proposed policy the complete answer when it comes to achieving growth that will benefit more than just the few? Is there really much point in considering inclusive policy in isolation from exclusive practice?

Inclusive growth policies have embraced the direct redistribution of wealth and income through taxation, targeted subsidy, public investment and transfers. They have also included indirect, productivity-enhancing measures to improve the environment for increased investment and job creation, and better delivery of public and private goods and services. As I have previously said: the policies that support growth and development are, or should be, well known.

The question remains: will such policies be implemented as intended in countries that practice exclusion? Alternatively, will it be exceedingly difficult to introduce new policy in close-knit, small island economies that resist change? Unfortunately, when it comes to development policy, promised policy is not always put into practice.

In June 2013 the ADB and the Government of Australia jointly hosted an international forum in Manila [pdf] to address the needs of countries considered to suffer from fragility and conflict. The forum determined that [pdf]:

… key interrelated factors describe both fragile and conflict- affected situations. These are weak political relationships, if not outright capture of the political leadership under conflict; the imperfect functioning of the state and associated processes of governance; a weak economy; and for some countries, the impact of natural disasters and climate change. As a direct result of this complex situation, people can be marginalized and excluded from the development process. The excluded can comprise displaced ethnic minorities, those without security to land, the aged, youth, women, and the unemployed, as well as those who are geographically isolated. This exclusion may be enforced as a result of conflict or it can be far more indirect and less readily apparent, as in the case of weak governance or poor economic policy. … It is a story of exclusion, sometimes despite the best intentions to implement more inclusive policies.

The Manila forum went on to state that nature, climate change, and the comparative isolation and inadequate transport and communication of many communities in the Pacific can marginalize or exclude people from growth and development. Control over government decision-making can also lead to people being excluded from security, justice, and other essential public services and from economic opportunities. A weak state and weak governance can lead to exclusion, and the failure of the state and governance can have a particularly acute impact on the delivery of essential public services to more remote areas and to the poor.

While some Pacific economies may at times be well managed for short-term price stabilization, they commonly remain ‘price takers’ and their economies can be destabilized by fluctuations in world prices. The very fabric of the economy, most especially land tenure in the Pacific, can also be much more difficult to fix through structural change, even in the long-term. Poor structural policies, a dependence on external assistance and excessive borrowing may create or worsen fragility, and exclude some citizens from the benefits of greater growth and development. As the ADB and World Bank annual country performance assessments have described for the past 12 years or more: growth and development in Pacific economies have been greatly constrained by poor policies and institutions, and this includes poor practice.[1]

In some instances, at some times, it may well be an extractive elite that does not wish to see more inclusive policies implemented. However, the broader set of vested interests or political economy that prevails in the Pacific can be just as resistant to such change in small, close-knit societies. This broader set of interests may include the “Yes Minister” senior executives that see inclusive policy as acting against their personal, family or clan interests. Or it may be other public sector or private sector leadership, and any other beneficiaries (shareholders, employees, family) that do not wish to risk losing their established access. It can also be a poorly educated and conservative electorate that fear change and cannot understand how broader social benefits may take time to arise through indirect means, such as a more competitive business environment and a more performance-oriented public service.

Improved distribution of the benefits of growth and development is a policy issue, but it is also an issue of politics and power. While the policies for more inclusive growth may need further research, the absence of the incentives to implement such policies is the real issue.