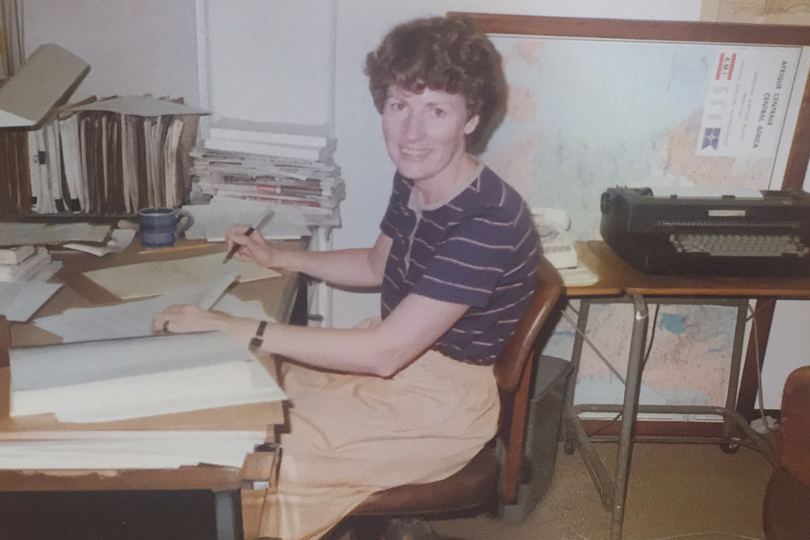 When Elizabeth Reid had finished her first term studying statistics at The Australian National University, she was involved in a serious train collision in which her head was pinned between an internal train door and its frame. Her treating neurologist at the time said that the strain of returning to study after the injury might send her insane, and that she should learn to knit instead.

Luckily, Elizabeth never took to knitting, instead becoming a leading advocate on issues such as gender equality and HIV/AIDS.

The first ever Advisor on Women’s Affairs to any head of state during the tumultuous Whitlam era, Elizabeth later turned her attention to the issues facing women globally. A personal tragedy shifted her to focus to HIV/AIDS, working on the issue first in Australia, and then internationally through the UN system, with a particular focus on PNG.