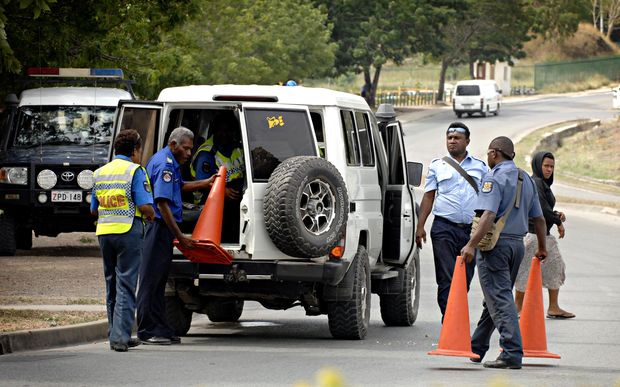 Having researched corruption for over fifteen years now, I have heard and read all sorts of hair-raising stories about theft, nepotism, bribery and malfeasance. From Afghanistan to Liberia and from Papua New Guinea to the Philippines, taxi drivers, bureaucrats, civil society activists, business people, donors and more have – often without prompting – spilled the beans on how corruption works in their workplaces, governments and countries.

But only rarely have I been asked for a bribe. The most audacious request came at Roberts International Airport just outside Monrovia, capital of Liberia. After I had handed over my passport, the customs officer told me that my visa was not valid and I had to pay a US$500 “entry fee”.

At first I didn’t know how to react. I knew my paperwork was in order: I had paid for an official visa, and had an invitation letter from a local NGO. But it was late at night and this was my first time in the country. I felt isolated and alone: my phone didn’t work, the counter was dark and all the other passengers had passed through customs.

I tried reason, appealed to his sense of official duty and got angry. Nothing seemed to work. A part of me wanted to get out of there whatever the cost. I put my hand on the cash in my front pocket and considered paying. Finally, I asked to see the official’s boss, who eventually appeared and recognised the name of the NGO that supported my visa. After further negotiation, they let me through without extracting any hard or soft currency.

After a long drive into the city I arrived at my hotel room shaken, and locked the door.

In Papua New Guinea, where I have conducted most of my research, I can only remember being involved with a bribe request once. This time my wife, Anna, was the target.

While I was out conducting research, she was pulled over at a police roadblock on Waigani Drive in Port Moresby. I received the call right in the middle of a meeting at the Fraud and Anti-Corruption Unit. I remember Anna, with a shaking voice, saying something like this:

I just got pulled over by the cops and I’m being asked to pay a fine, but I’m not sure what for. I have given them my drivers’ licence but they want money. If I don’t give it to them they say they are going to arrest me and take me to Bomana prison. It doesn’t seem legit. Can you talk to one of them?

Anna handed the phone over to the cop; in a stern voice, he told me that Anna had to pay him 100 kina because her paper work was not in order.

By this time I had left the meeting and was standing in the sun outside the fraud squad’s then bright blue headquarters located on the outskirts of downtown Port Moresby. I told the officer that we had followed all the relevant rules and regulations; Anna’s licence was relevant and up-to-date, the car was roadworthy and registered. Still he demanded she pay.

I then told him that I had just left a meeting at the fraud squad and I was going back inside to check with senior anti-corruption officials about the legitimacy of his request. “Ok” he said, “she only needs to pay 80 kina”. “I’d better just check”, I said and name-dropped a couple of people at the meeting.

“I’m opening the door to the fraud squad now.”

“Alright, alright. She can go.”

He handed the phone back to Anna and she asked me what to do. “Just drive,” I said, and she did.

She arrived back in our flat at the University of Papua New Guinea still shaking.

These incidents remind me of anthropologist Akhil Gupta’s ethnography of corruption in a small government office in India (paywalled PDF here). Describing both successful and unsuccessful bribery attempts, Gupta shows that the way officials negotiated bribes depended on the social standing and networks of the potential bribe giver. Government officials were more easily able to extract greater sums from the poor and those without the right connections.

In the examples I described above, it was my social standing and connections that helped me get out of a couple of sticky situations. Perhaps if the senior Liberian customs official did not recognise the NGO that supported my visa, or if I had not been in a meeting at the fraud squad when Anna was pulled over, the outcomes would have been different. I am sure a bit of ‘white magic’ – that magical ability of white expats to get away things that locals cannot – also helped.

My examples are also a reminder that there is still so much we don’t know about people’s everyday experiences with corruption. While the study of corruption has increased significantly over the past two decades, most of the literature has focused on abstract ideas about what corrupt transactions involve. Journalists have provided important insights, but, with a few exceptions, most academic scholarship overlooks the quotidian practices involved in extracting bribes from the public. While it would be a nightmare to try to get ethics approval to study bribery, the world needs more scholars like Gupta to provide real-time observations of these practices.