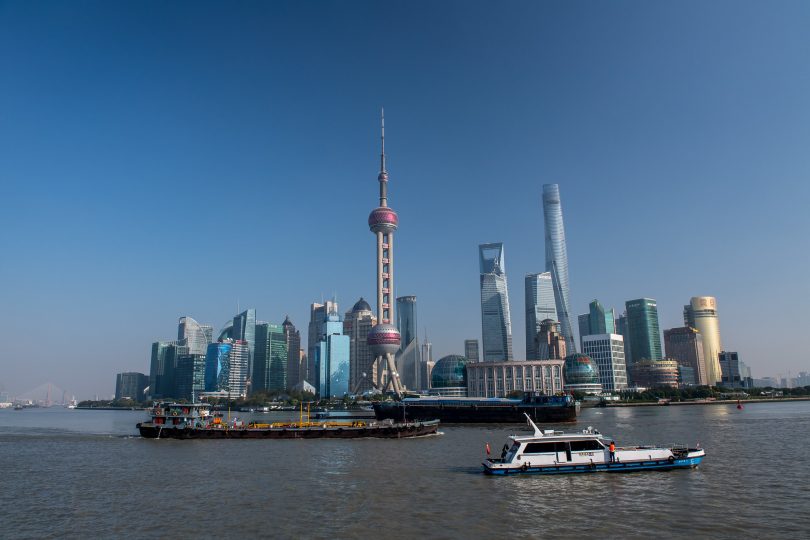 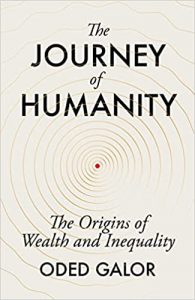 In The Journey of Humanity, Brown University economist Oded Galor presents his ambitious theory of economic growth for a lay-reader audience. The book explores the evolution of the human species from its emergence from Africa 300,000 years ago to today, resolving two important questions. The first is why growth occurred after so many centuries of stagnation. The second is what explains the emergence of inequality in living standards between countries and regions, especially in the last 200 years.

The analysis is based on Galor’s unified growth theory which seeks to explain this evolution in a mathematical growth model, an endeavour as ambitious as it sounds! The ‘unified’ portion of the title refers to Galor’s attempt to create a single framework that binds two phases of economic growth that, until now, have only been studied in separate models. In order to understand the significance of unified growth theory, it’s necessary to review these two distinct phases before understanding how they come together in Galor’s model.

The first phase comes from Thomas Malthus’ 1798 essay, entitled ‘An essay on the principle of population’. In it, Malthus predicts that the geometric (2, 4, 8,…) growth of population would forever outpace the arithmetic (2, 3, 4,…) growth of the food supply. Furthermore, he predicts that all increases in income will increase fertility which, in turn, will reduce income back to its subsistence level. To put his theory bluntly: humanity will forever be doomed to a subsistence income.

The second comes from modern economic theories that attempt to explain growth in what economists call the “modern growth regime”, which is propelled by capital accumulation and technological progress. In these theories, fertility rates are negatively associated with income per capita.

Thankfully, the modern theories have described growth since the 1860s more accurately than Malthus’ theory. Since the dawn of the 19th century, GDP per capita has experienced a 20-fold increase in most of the developed world and a 14-fold increase globally, as shown in Figure 1. As GDP per capita took off, fertility declined, as shown in Figure 2. 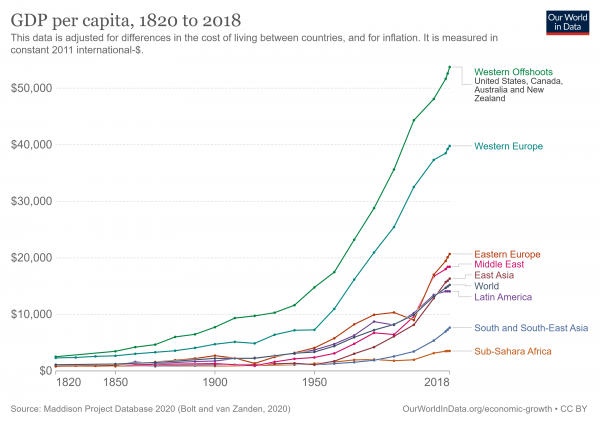 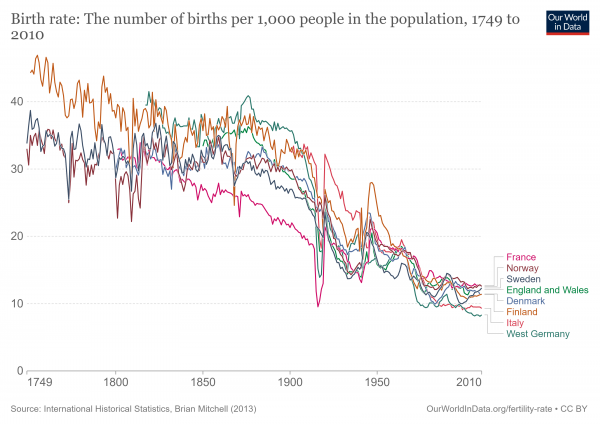 As for Malthus, he has frequently been used as an example of an economist making a very inaccurate prediction. Rather than dismiss Malthus, however, Galor redeems him by pointing out that his theory is, in fact, an accurate description of economies before the Industrial Revolution. Throughout The Journey of Humanity, he points to many examples to make this case.

One is when the Black Death hit England in the mid-1300s. As the plague made its way through the population, it reduced the labour supply, increasing the wages of agricultural workers. Eventually, population levels began to recover, returning the incomes of workers back to their subsistence levels. Another example is the import of the potato to Ireland from South America in the late 1500s. This increased wages as agricultural productivity increased. With more income, however, the fertility rate increased which eventually brought the economy back to subsistence.

In these cases and others, most of which were well before Malthus’ time, income and fertility did move in the same direction and deviations from subsistence income were short-lived. So go easy on Malthus! Sure, he was wrong about the future, but he was right about the past.

With these two theories described, we can now return to Galor’s theory in more detail. Unified growth theory contends that the forces that left humanity in stagnation, as well as those that fostered growth, have been there all along, even if they were moving slowly and invisibly for much of human history. Galor identifies these forces, or “wheels of change”, as the changing size and composition of the population and their effect on technological progress.

They work as follows. A growing population slowly fosters technological progress as it generates greater demand for innovations, such as the printing press or steam-powered engines. It also makes it more likely there are individuals who might come up with innovations. (If you assume one out of say every thousand humans will come up with an interesting innovation, a bigger population naturally means more big ideas.) What Galor refers to as “composition of the population” also works to foster technological progress through the evolution of cultural values, like the importance of education and a future-oriented mindset.

Over time, the reinforcing interaction between these wheels of change and their effect on technological progress crossed a certain threshold, increasing the importance of skilled labour. As a result, parents began to prefer to invest educational resources in fewer children rather than to invest no educational resources in many. As households made these investments, demographic transition occurred as the economy approached what we refer to as the modern growth regime.

In order to describe economic growth since the emergence of humans to today, Galor’s theory breaks away from most growth models that have little to say about the long stretch of human history before the Industrial Revolution. It is the first of its kind to truly reckon with the longstanding theoretical discrepancy between what Malthus accurately observed and what later growth economists would also accurately observe. Unsurprisingly, the theory has attracted praise from notable growth theorists. Robert Solow, the father of modern growth theory, described it as “breathtakingly ambitious”, while MIT economist Daron Acemoglu commented that it would inspire and motivate future economists.

But how do these “wheels of change” interact with deeper growth determinants such as geography and institutions? Or what about the age-old question of why the Industrial Revolution occurred in England rather than elsewhere? And finally, what is the origin of the vast inequality between nations?

Galor spends the second half of The Journey of Humanity discussing these issues, explaining how they interact with the cogs of population size, population composition, and technological progress. The mountainous region of northern Europe, for instance, may have allowed for competition between states which influenced the emergence of growth-enhancing institutions and culture which, in turn, influenced the composition of the population. Similarly, geography likely affected the type of crops grown in a region. Whether it is more efficient to grow a crop via a few large plantations would have shaped the nature of institutions and culture as well.

Overall, unified growth theory is one of the most exciting theories, not just within economics, but also within macro-history. By identifying the wheels of change that have existed all along, it brings us closer to understanding the deep roots of inequality and the association between our own behaviour as well as that of our ancestors. Whether you are an economist who is well steeped in growth theory or a more casual reader, you will walk away with a much firmer grip on human history after reading The Journey of Humanity.