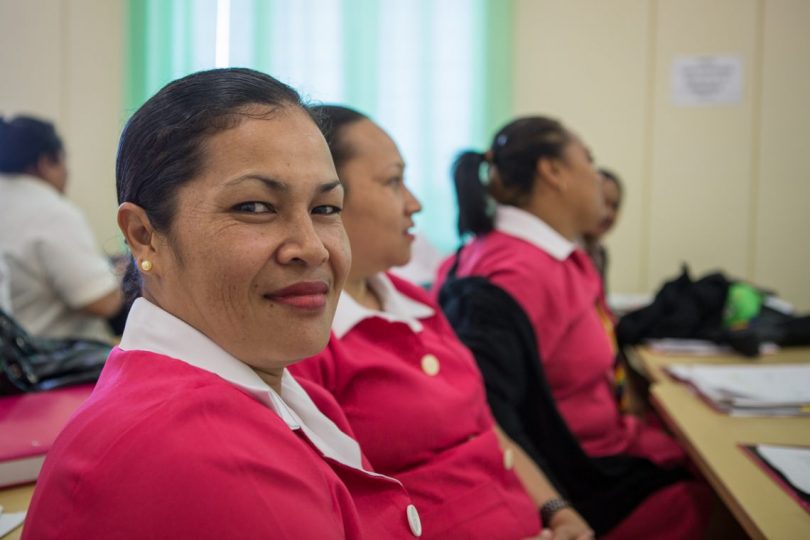 Australia’s Pacific Step Up, announced in September 2017, has made much of providing more access to work opportunities in Australia. The Foreign Policy White paper noted, ‘Australia will work to improve opportunities for growth and jobs and to strengthen the economic resilience of the region by increasing opportunities for labour mobility to satisfy unmet demand in our labour market’.

The Australia Pacific Training Coalition (APTC) in Stage 3 has a renewed mandate to promote labour mobility to Australia. The Pacific Labour Scheme (PLS) allows the citizens of nine Pacific countries and Timor-Leste to take up low and semi-skilled work opportunities in rural and regional Australia for up to three years.

But how much is the Pacific able to utilise these opportunities? The Seasonal Worker Programme, which provides access to the Pacific and Timor-Leste for seasonal agricultural work, has grown rapidly in recent years. But very few citizens of the Pacific or Timor-Leste are actually able to access non-seasonal work opportunities in Australia. Comparisons with New Zealand are particularly telling.

Both Australia and New Zealand offer similar temporary short- and medium-term skilled work visas open to all countries, for which the Pacific can compete. As mentioned, Australia also has the PLS. In 2018–19, only 136 citizens from the Pacific and one from Timor-Leste were granted visas to work in Australia under the Temporary Skill Shortage (TSS) visa and 203 under the PLS, as at 22 July 2019. By contrast, in 2018–19 New Zealand approved 2,808 temporary skill work visas (Essential Skills visas) for Pacific islanders for a year or more. For New Zealand, 6.3 per cent of all Essential Skills visas in 2018–19 were granted to Pacific citizens compared to only 1.0 per cent of Australian TSS and PLS visas for the same year.

Figure 1 shows the skills profile of the occupations of Pacific migrants to both countries (with Skill Level 1 being the highest). 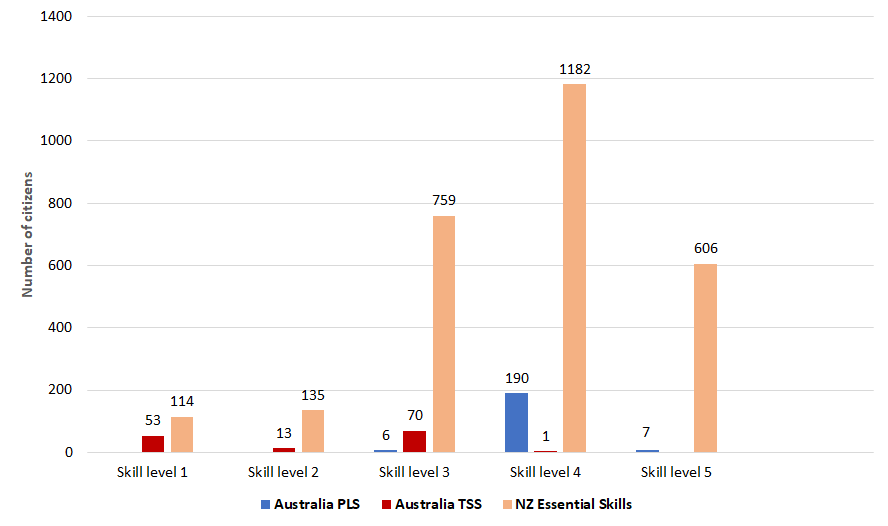 At Skill Level 4, the occupations employing Pacific migrants in New Zealand are: forestry worker (246), general truck driver (186), meat boner and slicer (243) and slaughterer (138). The number in the combined group of aged or disabled carer, personal care assistant and nursing support worker is 165. These occupations account for four out of five jobs at this skill level.

Dairy cattle farmer (with 27 visas approved) was the top occupation for Skill Level 1 occupations approved for Pacific citizens under the Essential Skills visa, accounting for one in five visas approved at this skill level. For Skill Level 2 occupations, the largest number of visas granted for Pacific applicants was for chefs (66), accounting for just over half of all visas granted to Pacific citizens at this skill level.

The spread of occupations for Australia’s temporary work visas is much more concentrated. The PLS occupations have not been made public, but can be inferred with reasonable confidence based on available sectoral information. Combining these two work visas (TSS and PLS) shows that over half (57 per cent) are at Skill Level 4, compared to two-in-five for the equivalent New Zealand visa.

For the TSS visa, the top three trades-based occupations at Skill Level 3 for Pacific migrants are: diesel motor mechanic, general motor mechanic and general fitter, accounting for two-thirds of the 70 visas granted at this skill level.

What are the main source countries for the equivalent visa for Australia? Combining the TSS and PLS data for 2018–19, Figure 2 shows that the top countries are Kiribati and Fiji, followed by Papua New Guinea and Vanuatu. The PLS has played a key role for Kiribati, giving them initial preference. For Fiji, its position comes from its dominance of the TSS visa approvals, accounting for over half (56 per cent). 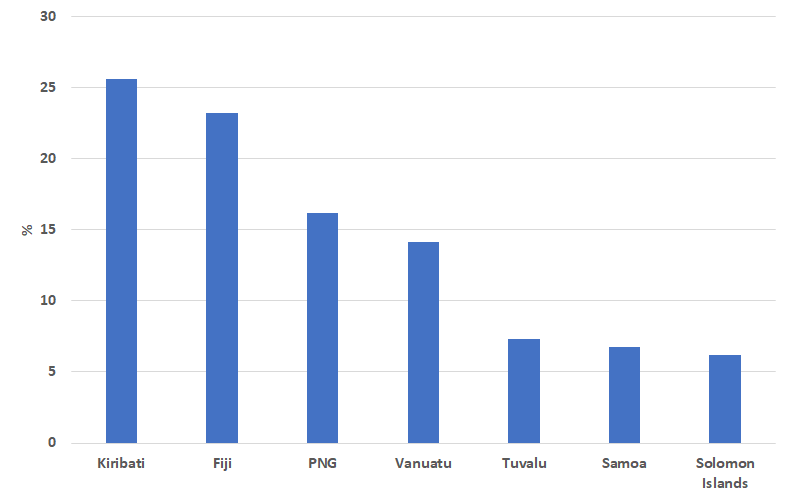 Despite the rhetoric, and recent policy initiatives, realised opportunities for the Pacific and Timor-Leste to undertake non-seasonal work in Australia remain few and far between. The PLS is still new, and is growing rapidly, but we also need to learn from New Zealand, where Pacific workers are able to compete within general visa categories. More on this in forthcoming blogs.