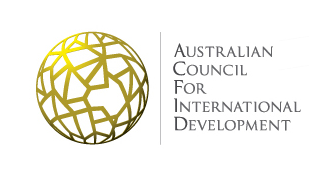 The reflection on the not quite 40 year life of AusAID by Robin Davies (Felled before forty) reminds me of other anniversaries of aid agencies. It is 50 years ago (around this time of the year) in 1963 that Sir John Crawford had lunch with David Scott of Community Aid Abroad (now Oxfam Australia) and Jim Webb of the Overseas Service Bureau (now Australian Volunteers International) about setting up a peak body or council of Australian development NGOs. This lunch led to Sir John convening a number of workshops and meetings over the following 18 months, which lead to the Australian Council for Overseas Aid (now ACFID) being formed in early-1965.

It was no accident or idle whim that Sir John took on this task: at the same time he was establishing the Research School of Asia and Pacific Studies at ANU and advising India on the green revolution for the World Bank, among very many other things. He was passionate about Australia’s role in the region, and it was also at the time of optimism about development in those early years of the first development decade–the 1960s. This was a time when NGOs were beginning to be noticed and recognised as having a role in international development. One of the earliest and most enduring legacies of the role of  NGOs at the time was a World Council of Churches Campaign in 1958 calling for one per cent of developed countries’ GNI to go to aid and foreign direct investment to developing countries. This was adopted by the UN General Assembly in 1961, and in 1970 the UN agreed to reduce it to the now well-recognised 0.7% of GNI going to aid alone.

At the same time official development agencies were being set up separate to their foreign  affairs ministries. The DAC was founded in 1960, USAID in 1961, what is now DfID in 1964, CIDA in 1968 and Australia, as Robin has pointed out, in late 1973 with ADAA. A UN General Assembly resolution of December 1963 called on non-governmental organisations to put their “…increased enthusiasm, energy  and other resources into a world campaign in the basis fields of food, health and education to start in 1965 and continue for the remainder of the development decade”. This followed the Freedom From Hunger Campaign led by FAO from 1961 to 1965, which brought development issues to public attention and was probably the beginning of large scale public fund-raising for NGO’s for overseas aid and development. Other peak NGO bodies also started at the same time were VCOAD in the UK, also in 1965; and CCIC in Canada 1967.

So where has this initial enthusiasm led to in the past 50 years? In Australia the focus on overseas aid and development has remained strong for most of the past 50 years. In the early-2000s, however, a number of events occurred which challenged the global consensus built up so long ago. The first was a string of major terrorist attacks against the West which lead to the ‘global war on terror’, and using aid to address broader security concerns. At the same time there was a much stronger sense of nationalism and national interests among both donor and recipient countries. While the MDGs may have given a sharp focus in aid towards poverty alleviation and meeting basic human needs, behind the scenes other shifts were occurring. The growth of the BRICS as major economic players as well as aid players, and the rise in global remittances have muddied the aid waters. The weakening of the Paris Principles and the power of the DAC has in some ways led to a race to the bottom, where national economic interests are increasingly driving aid interest. The folding in of the aid agencies to their foreign affairs ministries in New Zealand, Canada and now Australia is part of this process, with DfID being the major exception: not only increasing its aid but also maintaining its independence.

For NGOs the shift brings new challenges as they become far less important as development partners than they were 50 or even 20 years ago. In both Canada and New Zealand, like ACFID in Australia, they have been part of a broader dialogue on aid and development, and received government support for that role. In both Canada and New Zealand this funding from government to CCIC and CID was abolished: NGOs more generally were seen much less a partner of government, both for funding and policy advice, than a contractor being asked to bid on government priorities, rather than their own. In Australia this shift has not happened, but there will be challenges for NGOs to maintain a voice and for the aid program to maintain a strong poverty focus.

While the first development decade was by no means seen as a success, it did set up the global architecture on aid and development which has endured until now. This is about strong international institutions, autonomous or semi-autonomous national aid agencies, and strong partnerships with NGOs and civil society organisations both in Australia and developing countries. As this global architecture weakens and perhaps changes to reflect a more national self-interest, NGOs will have to find new ways to have a voice in policy dialogues when the world is more skeptical of, and in some places hostile to, civil society voices.

Dr Patrick Kilby is a lecturer in Development Studies at ANU.