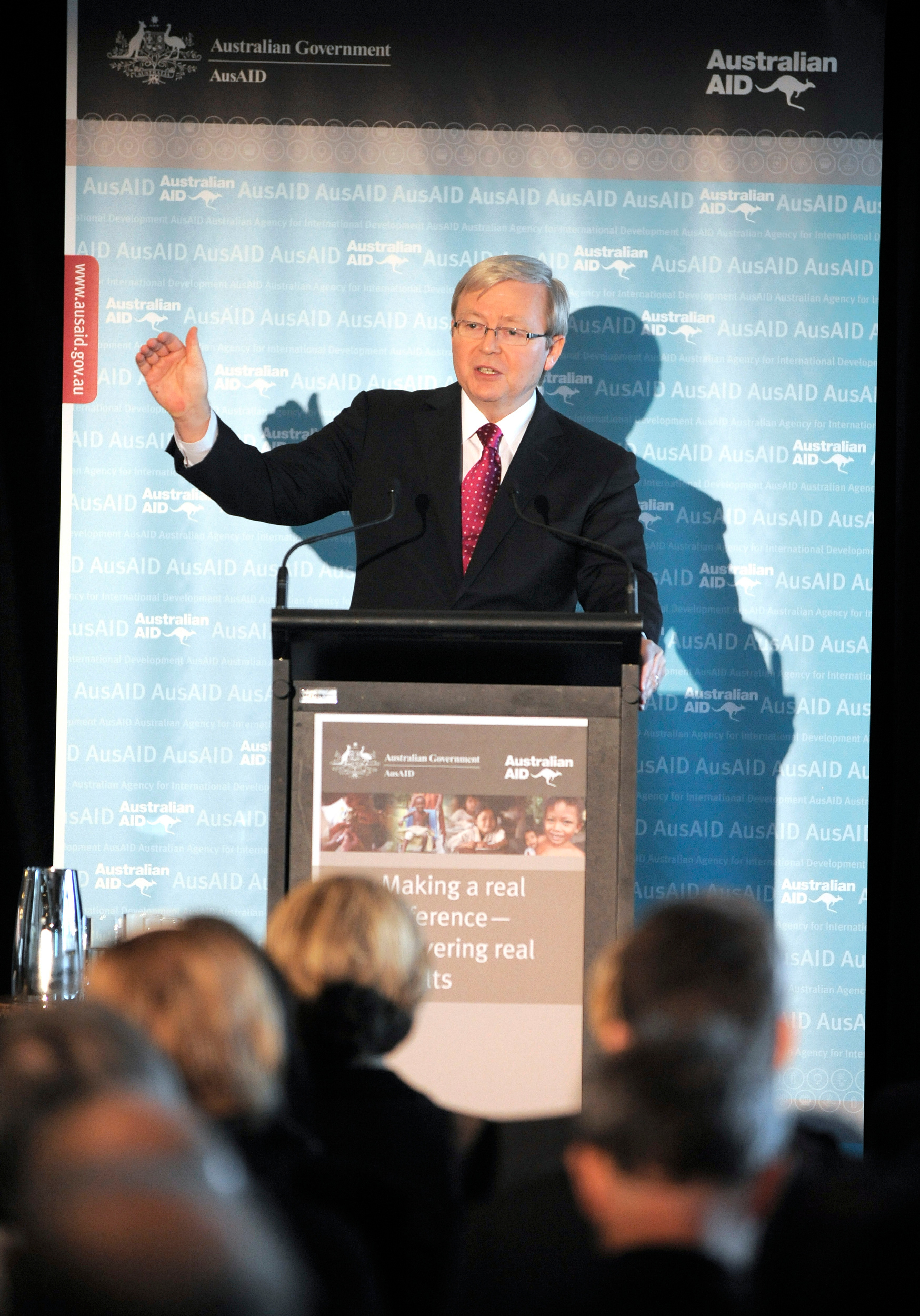 The outgoing Foreign Affairs Minister Kevin Rudd was an energetic advocate for the aid program and its expansion. Whoever is the new Foreign Minister will have his or her work cut out to deliver the targeted doubling of the aid budget (formally, an increase to 0.5% of GNI) by 2015. While this remains a bipartisan commitment, its achievement is by no means a done deal in an environment of fiscal restraint and aid scepticism. The coming budget will be crucial as it will be the first in which the 3-year forward-estimates period will extend to the target 2015-16 date within which the Government will need to deliver its 0.5% aid commitment. The budget will also see the release of AusAID’s first 4-year budget strategy.

The main complaint of the Independent Review of Aid Effectiveness, in which I participated, concerned the aid program’s fragmentation: its splintering into too many pieces of dispersed effort which threatens to make the growing program unmanageable. We made two important recommendations in this regard, neither of which the Government has so far accepted. The first was for the aid program to exit (over time) Latin America and the Caribbean, a region of little poverty and strategic importance to Australia, into which Australian aid has only recently ventured. The second was that any additional growth in Australian aid to Africa be only through international organizations and NGOs already active on the ground, and not through further expansion of the bilateral aid program, which would mean more aid posts, staff and projects.

A second important challenge would be to stop focusing on the wrong issue, fraud, and start focusing on the right one, aid effectiveness. Ever since a series of media articles in 2010, fraud and its control have been a top priority for the aid program. Yet, uncovered fraud is only about 0.1% of Australia’s aid. By contrast, some 15% of all aid projects are failing, according to AusAID’s own admission, not because of fraud, but rather due to a range of factors which undermine their performance – from overly complex design to unrealistic objectives to poor management. Of course, not all aid projects should be expected to succeed, but a good aid agency is one which learns from, and tries to correct its mistakes. Certainly a shift in the spotlight from fraud, a tiny problem, to failing projects, a much bigger one, is long overdue.

A third major challenge is in the area of evaluation. AusAID’s Office of Development Effectiveness, established in 2006 to evaluate the aid program, has not produced any sectoral or country evaluations for the last two years, even though it has been working on some for several years. ODE’s last annual report – produced in December in two parts – was criticized, by myself and others, for being more an exercise in advocacy than independent evaluation (see a summary of that discussion here).

AusAID has agreed to the Aid Review’s recommendation that an Independent Evaluation Committee be established to oversee ODE’s evaluative work and strengthen its independence. Prompt action is required on this, and the overdue evaluations need at last to see the light of day. But more important than any of this will be for the Minister to send a signal that he or she actually welcomes good evaluations, critical or not, because without them the prospects for effective aid are diminished.

A fourth and related challenge is to accelerate the move to transparency. AusAID has released a Transparency Charter and has started to release more information, but there is a lot more it could do and quickly. A good place to start, as suggested here, would be to release the agency’s performance data.

Finally, there is the issue of the Minister’s title, and of AusAID’s status. While there are many who argue that aid is now so big and important that it deserves its own Minister, the Aid Review made only the cautious recommendation that the Minister for Foreign Affairs be re-titled the Minister for Foreign Affairs and International Development. Even that was a step too far for the Gillard Government. Perhaps a new Minister is an opportunity for a new title.

Related, and more important, is the issue of AusAID’s status. Despite being one of the Commonwealth’s biggest spenders, AusAID is neither a department nor a statutory agency. Rather it is an executive agency, one of six, alongside other much smaller entities such as the Bureau of Meteorology, Old Parliament House and the National Archives. AusAID should be made either a department or a statutory agency. It is big enough to warrant it, and the change would also help AusAID more effectively play its aid coordination role across government.  (See here for an example of how the Australian Federal Police opted out of the latest attempt at whole-of-government aid coordination.)

These five points by no means exhaust the aid effectiveness agenda. The risk of aid performance declining as the budget rises should not be underestimated. Defending an increasing aid budget will be important, but for the new aid spending to be effective, and for the commitments around increased aid to be durable, reforming the aid program to increase its effectiveness needs to be a priority for the new Foreign Minister.