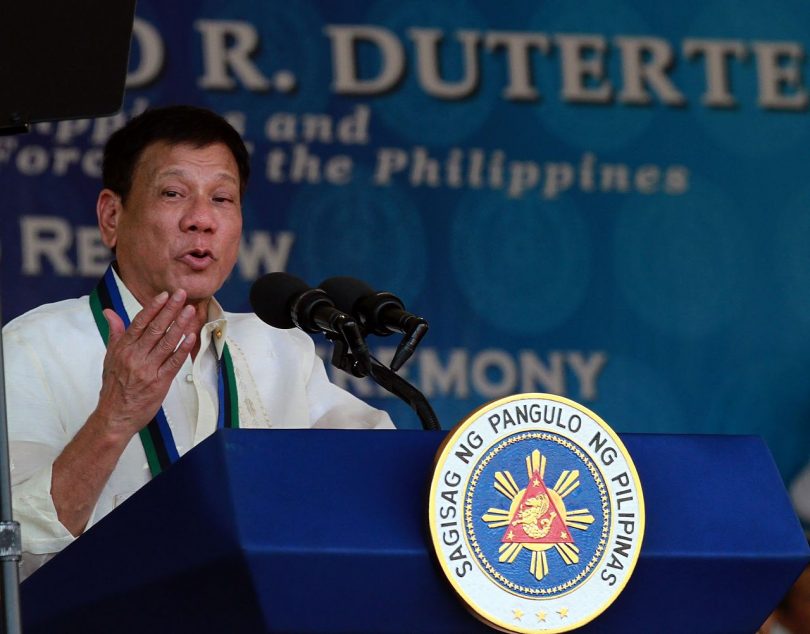 Earlier this month an Australian Federal Minister criticised Chinese aid in the Pacific. This tension is part of something bigger: we are waist-deep in an ‘age of uncertainty’. This article examines – in broad brush strokes – the uncertainties that have engulfed the world, and how foreign aid agencies are trying to adapt.

Uncertainty about democracy and human rights

Throughout the 1980s and 1990s, there was certainty in Western countries and in many other countries about democracy and human rights. These were keys to stability and prosperity. Western media and aid agencies spread the gospel of democracy and human rights around the world. When the Soviet Union collapsed economically in 1989, one Western scholar famously boasted of the ‘end of history’ because liberal democracy had triumphed.

But in the 21st century, there is less certainty. The world watches China rising fast and Russia re-emerging as a powerhouse without a strong commitment to democracy or human rights. In recent years, inspired by Russia and China, countries in Southeast Asia have been wavering in their commitment to democracy and human rights. Thailand’s experiment with democracy has been interrupted by a military coup, while current Filipino President Duterte has openly supported extra-judicial killing of alleged drug traffickers and praised former dictator Marcos as the best president his country ever had. Wars in Iraq, Syria, Libya and the Democratic Republic of Congo are ongoing, raising questions about whether those countries may have been at least more stable remaining under dictatorships. Looking ahead to 2018, one think tank observed, ‘‘Rather than bringing stability, the prospect of elections in Afghanistan, Iraq, Libya, South Sudan and Venezuela is expected to exacerbate tensions and fuel violence.” Democracy may not always lead to stability and prosperity.

In the late 1980s and 1990s, globalisation was accepted as inevitable and benign. There was widespread agreement, at least in the mass media, about the benefits of economic unions, international rules and institutions, multi-culturalism, financial deregulation, trade liberalisation and other globalisation architecture. Economies across the developing world and former Soviet bloc were opened up to global investment through ‘structural adjustment’.

In the 21st century, there is far less agreement over the benefits of globalisation. In the wake of major financial crises in 1997-98 and 2008, writers like Joseph Stiglitz and John Ralston Saul have questioned whether globalisation has benefited some groups more than others. The ability of the mass media to manufacture a consensus has been undermined by the rise of the internet and social media. These new phenomena allow the circulation of alternative information and opinions about economic unions, international rules and institutions, multi-culturalism, financial deregulation and trade liberalisation. In the UK, although the British Treasury, British Chamber of Commerce and the technology sector spruiked the economic advantages of remaining in the European Union, the majority of British people voted to exit. In the US presidential election, established media presented Donald Trump as xenophobic and protectionist, however they could not stop him from winning the presidency. There is growing scepticism about the benefits of globalisation.

Humankind has always held some fears of technological innovation. However in the 21st century, as technological innovation has accelerated, so too has fear of technological innovation. Physicist Stephen Hawking and entrepreneur Elon Musk have joined the throng of scientists warning of the threat posed by expanding artificial intelligence. Mobile phones have been accused of inhibiting users’ study skills and human relationships and even increasing the risk of brain cancer. After Edward Snowden raised fears of the growing surveillance state, a survey of Americans’ fears found that three of the top five fears related to technology. These were fears of cyberterrorism, corporate tracking of personal information, and government tracking of personal information. In 2016, Russian agents allegedly misused social media to influence the US election, adding a new dimension to fears of cyberterrorism. Echoing this fear, in 2017 the Australian Government joined those expressing concern about “Efforts to… shape public opinion through misinformation, including through the use of new technologies.”

In many countries, technology has heightened concerns about wages and job security. In an age of automation, low-skilled jobs have less economic value. In Germany and Britain, real wages in low-skilled jobs have been flat for a decade and in the US, real wages have been flat for much longer. And workers will need constant re-skilling to stay employable. One study in 2017 found that over the next two decades, 47% of US workers’ jobs are at a high risk of automation. In the US, 35% of the skills that workers need — regardless of industry — will have changed by 2020, and the average tenure in any job is just 4.2 years. This suggests that workers will need to constantly re-skill to stay competitive in the job market.

The above uncertainties, combined with ever-widening concern about climate change, are also creating uncertainty about the entire capitalist system. Indian scholar Pankaj Mishra has condemned as a ‘fundamentalist creed’ the West’s attempt to remake the world in its own image and declared that the western-led ideologies of capitalism, consumerism and democracy today seem unworkable. Social activist Naomi Klein has argued that climate change can be curbed only through systemic change to the current capitalist system. American economist Jeremy Rifkin, who helped the EU to plan its shift to renewable energy, has predicted that most goods and services will eventually become so cheap that profit margins will be almost zero. Over the next five decades, he theorised, capitalism itself will slowly crumble, ushering in a ‘Collaborative Commons’ where people’s energies are directed more at leisure and sharing than at free market competition.

Uncertainty about the effectiveness of Western aid

Western aid agencies are facing scepticism both in developing and developed countries. This is partly because aid agencies’ rhetoric about globalisation, democracy and human rights has come into question. In Australia, one aid worker noted that with democratic values in retreat and xenophobia on the rise, international NGOs are experiencing declining revenue and influence. In the Philippines, President Duterte has told Western governments that he’d prefer to lose their aid programs than to submit to their lecturing on human rights.

The scepticism is also partly because China has shown that growth can be achieved without Western aid, and now even offers an alternative source of aid. Some African governments have expressed a preference for Chinese aid over Western aid. Following Australian criticism of Chinese aid in the Pacific, a former Fijian Prime Minister noted that Australian aid to Fiji was conditional, having been withheld in 2000 and 2006 when Fiji experienced political trouble. When this happened, Chinese aid had helpfully filled gaps.

How are foreign aid agencies adapting to the age of uncertainty?

Ideologically, Western aid agencies have not changed significantly in response to the above uncertainties. The Australian Government has announced its ongoing aim ‘to advance and protect human rights through development assistance’ and to ‘promote …democratic institutions’. Similarly, the US Government and the EU have both continued to tie foreign aid to human rights, threatening to withhold aid to the Philippines as the number of extra-judicial killings in the country mounted. Commitment to capitalism also remains strong, with the Australian Government increasingly channelling its aid through the private sector, and many smaller agencies exploring new partnerships with private enterprise. Following the Brexit vote in 2016, the President of the World Bank came out in defence of globalisation.

Whilst the ideologies of Western aid agencies remain unchanged, there have been some smaller adaptations. Firstly, concerns about globalisation have led international finance institutions to change their language. The term ‘structural adjustment’ is no longer heard, and both the World Bank and IMF have acknowledged that globalisation is exacerbating inequality. More recently, the IMF surprised attendees at the World Economic Forum in Davos by calling for “more distribution”. In 2015, the Millennium Development Goals were replaced by the Sustainable Development Goals. Where the MDGs only presented targets for developing countries, the SDGs are said to be less patronising because they present targets for the entire world. The 2016 World Humanitarian Summit produced a ‘Grand Bargain’, whereby major aid agencies promised to increase the share of humanitarian funding going to local NGOs from 2% to 25% by 2020. If these changing sentiments can be translated to action, some of the uncertainties about globalisation can be allayed.

Secondly, with their ideological solutions and overall effectiveness being questioned, Western aid agencies agree on the need to innovate. ‘Innovation’ is the current buzzword, as agencies explore new kinds of partnerships and technologies, new mechanisms or markets for fund-raising, new analyses feeding into new approaches like the ‘systems approach’, and internal restructuring leading to new roles and new efficiencies. At the annual Australasian Aid Conference in Canberra next month, attendees can learn about how gender norms ‘constrain innovation’, how ‘humanitarian agencies are required to think innovatively’, ‘innovative programming’ for engaging with middle income countries, and ‘innovative ideas to get more bang from the four billion dollar buck that is the Australian aid program’.

The aforementioned adaptations have been minor and have mainly addressed uncertainty about globalisation and about the effectiveness of Western aid.

Is there a role for aid agencies in addressing some of the other uncertainties mentioned above? Given growing scepticism about democracy and growing alternatives to Western aid, Australia may need to support home grown versions of democracy and human rights – versions adapted to societies that have more autocratic traditions and, beyond the village, less cohesiveness than Australia. As technology aids the spread of misinformation, perhaps this can be countered by establishing data aggregation sites. Perhaps some aid agencies could even start imagining what a post-capitalist world might look like.

The last word and the award for most innovative solution goes to that icon of the age of uncertainty, President Duterte. Accusing the UN of being rude and ineffective, Duterte threatened to ask China and African nations to form an alternative body!

The views expressed in this post are purely those of the author.