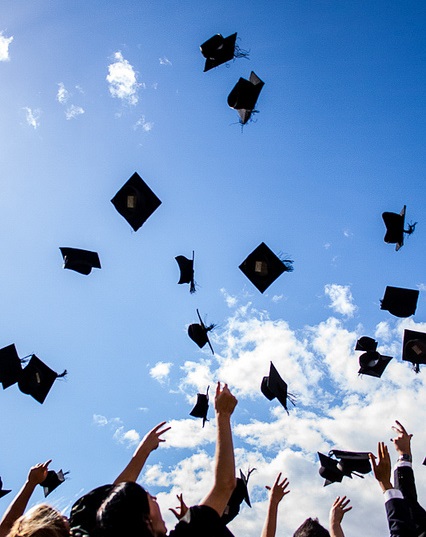 Graduate exit surveys are used by educational institutions to gain insight into the educational experience from the standpoint of the student, and are ubiquitous fixtures of Australian universities and vocational training providers. Such surveys help to inform universities and colleges about the strengths and weaknesses in the structure of their courses, the quality and relevance of their subjects, and the quality of the teaching, resources and support that they offer.

Whilst higher learning is not just for the purpose of landing the best job you can once you graduate, the career preferences and job-preparedness of students are still critical elements to consider in the design of any program of study. Educational institutions use this sort of information – and more besides – to identify and prioritise areas for improvement.

There is a dearth of such research in Papua New Guinea’s university sector. The PNG Universities Review prepared in 2010 by Professor Ross Garnaut and Sir Rabbie Namaliu concludes that the sector has declined substantially since Independence:

“To the extent that partial indicators of quality are available, they tell an unhappy story. Employers in all fields report that new graduates are poorly prepared to take their places in responsible positions without high levels of on-the-job training… The general assessment was that there had been substantial deterioration in standards in recent years, and that the decline is continuing…” (p. 14)

As an economics lecturer at the University of Papua New Guinea with a deep commitment to both the country and my students, I sought to begin to fill this gap with a graduate survey of my own class of students, with the hope that the results would be thrown into the mix to inform and improve the quality of education that future Papua New Guinean graduates experience. With the able and sharp assistance of now-third year economics student Methuselah Wabiria in compiling and assembling the data, the Papua New Guinea economics graduate exit survey, conducted in November 2015 with a cohort of final-year undergraduate economics students at UPNG, provides some interesting observations and preliminary conclusions.

One conclusion that will come as no surprise to anyone who has taught in tertiary education in Papua New Guinea, is that men out-represent women at a ratio of almost 2:1, although it is worth noting that this is not too dissimilar from the gender split among Australian economics undergraduates, where the male-female ratio is just over 3:2. Highlanders were overrepresented as a region, and there were no students from where some of the most disadvantaged communities are located in the country, notably Western (Fly) Province.

A significant minority of students (41.7%) took longer than the standard four years to complete their economics degrees, with almost a third of students taking longer than one additional year. Nevertheless, the median age of graduating students was 23, and most students were aged between 22 and 25 upon graduation.

Students overwhelmingly sought to work in the public sector in the capital, Port Moresby. From my own discussions with students, it is well understood that this form of employment offers the best mix of job stability, status, access to formal housing (which is extremely expensive in urban Papua New Guinea), and access to amenities. It was somewhat surprising to see the private sector fared poorly as a preferred employer. Although it was – on average at least – the second most attractive sector for employment, only one respondent listed it as their most preferred sector. District and local-level government, and the NGO sector were the least preferred destinations for employment.

Despite falling rates of formal employment prior to the study, and the declining prospects of employment within the public sector due to an emerging economic crisis, students were still optimistic that they would be employed soon after graduation – despite being less certain about what sorts of tasks economists do in their jobs. This indicates that an economics degree at the University of Papua New Guinea is still likely to have a strong signalling effect to potential employers.

Another element that stood out was a real desire on the part of a substantial number of students to engage in public service for the benefit of their national community rather than just their local-level communities. This was a welcome finding given Papua New Guinea’s need to develop national champions that can mediate local and regional interests for the benefit of the entire nation.

Students were also asked to self-evaluate their skills and knowledge gained at university, including subject matter content, writing, mathematics, computing, and critical thinking. Of these, students were on average the least confident in their overall knowledge of economics, although they recorded slightly higher averages with their confidence in their knowledge of microeconomics, macroeconomics and statistics.

This, when paired with the volume of unprompted free-text criticism from students about the quality of the education they received at the university – especially the way in which courses are taught and delivered – was particularly concerning.

Lastly, students were, unsurprisingly, universally keen to undertake further study, and further study overseas. 96% of students surveyed expressed interest in starting a postgraduate degree within the next 5 years, and all of those wanted to do so overseas, where the quality of degree is perceived to be much higher compared to those available within Papua New Guinea. Only 64% were interested in pursuing a higher degree at a Papua New Guinean institution.

The full findings of the Papua New Guinea graduate exit survey can be found in Development Policy Centre Discussion Paper 53. We hope that the glimpses provided in this post and the more detailed insights in the discussion paper itself are valuable to instructors and policymakers in higher education in Papua New Guinea.

Michael Cornish is currently working as the Senior Policy Adviser to the Member for the Australian Federal electorate of Mayo, Ms Rebekha Sharkie. Previously he was a Visiting Fellow at the Development Policy Centre, Lecturer in Economics at the University of Papua New Guinea, and Coordinator of the ANU Crawford-UPNG SBA partnership.