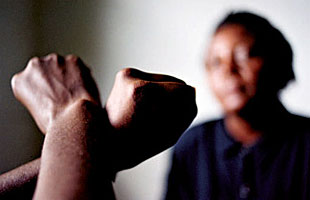 Sarah* ran away from her village claiming that her husband was abusing her. The village court found Sarah guilty of “not respecting her marriage vows”, issued her with a AUD300 fine and demanded she return home. Sarah appealed this decision with the district court magistrate, however, the (female) judge dismissed the case based on the grounds that Sarah could not produce a medical report to prove abuse. She ordered Sarah to return to her village and pay the fine, and urged her to honour her marriage vows. Sadly, as unbelievable as this story is, it happened recently in Papua New Guinea.

Stories similar to Sarah’s concerning Gender Based Violence (GBV) appear all too frequently in the local news in PNG, usually involving a case of rape, often by husbands or family members. The multifaceted nature of GBV, involving the legal, social, education and health sectors, makes it extremely complex to address.

The Family Support Centres recognise the significance of the psychological implications of GBV and provide integrated counselling with medical treatment to women, men and children affected by GBV. There are currently only a handful of Family Support Centres across PNG. They have received significant support from Médecins Sans Frontières, who have trained staff in how to offer basic, first response treatments, including psychological first aid and how to document cases.

So what role can the health sector play in combatting GBV? Unfortunately, gender issues are not regarded as a priority under the National Health Plan 2011–20. However, this was recently amended with the release of the National Health Sector Gender Policy (2014), which aims to integrate a gender perspective across the entire health sector (legislation, policies and programs) and throughout the various levels. Although it recognises GBV as a cross-cutting issue, it confirms that it is not a GBV control policy.

Are there changes that can be made within the health system to better respond to GBV? What were the access barriers that prevented Sarah from seeking medical care and obtaining an adequate medical record?

On the demand side, an information barrier could be that people affected by GBV are unaware of their options. PNG has already joined the ‘Thursdays in Black’ international campaign against GBV, where the population is encouraged to wear black on Thursdays to protest against rape and violence. More specifically, the health system in PNG benefits from a wide network of community health workers and volunteers that are employed both by the government and non-governmental organisations. These resources could be used to inform the population of the fact that GBV is a crime and that the health system is equipped to support those affected by it by offering free services, detailing their experience in their individual medical record books and issuing them with a medical report detailing their case. Whilst all levels of the health system are required to complete the patient medical record book, comprehensive medical reports are provided only at the health centre and hospital level, in a standard format, written by nurses or doctors (where a copy is provided to the patient).

On the supply side at the health centre, there are a plethora of access barriers to those affected by GBV. Financial barriers include the user fees charged for consultations. Although the recent roll-out of the Free Primary Health Care policy means that this is being addressed at the policy level, eliminating fees in the context of a fragile health system may reduce service delivery at some health centres where user fees are the only source of revenue (more details can be found on this topic in the two part blog series by Colin Wiltshire here and here).

Another barrier at the health service level could be an environment where those affected by GBV feel uncomfortable discussing their injuries. The health system needs to ensure that private (clean) consultation rooms are available and, more importantly, that health care workers are appropriately trained. The Family Support Centre initiative has been trying to achieve this, but ideally health workers should receive this training as part of their pre-service instruction in basic caring and treatment for GBV, especially on how to approach patients in a sensitive manner and examine them respectfully, yet effectively.

In addition, regular radio broadcasts and supervision visits could include reminders that health care workers should provide a medical report in the case of GBV. It is imperative that health workers are aware of the importance of creating reports for cases of GBV and including detailed and convincing evidence in their reports, such as diagrams and photographs. These reports must be given to patients free of cost and only shared with the police following the patient’s approval. While it is the responsibility of the police to arrest the offender, only the health sector can ensure that those directly affected by GBV are appropriately treated, counselled, and that their cases are fully and formally recorded. Strengthening the health information system to ensure that such reports form an integral part of a patient’s medical records, available to the judiciary upon prosecution, will not only ensure that appropriate treatment has been provided, but (perhaps more importantly) should document the cause of the problem, thus providing critical intelligence for action taken by the Family and Sexual Violence Unit.

The health sector has a role in providing evidence to support human and social development–be it notification of births and deaths or documenting an individual’s history of contact with clinical services –as this provides citizens with the reassurance that records exist and that their health consequences matter. Issuing Sarah with a medical record of her experience would have provided her with evidence to prove an abusive situation. Instead, she will most likely suffer continued abuse for her ‘crime’ of bringing shame to her husband and be required to endure greater financial hardship as she attempts to pay her fine to the village community court.

The health system, the police, civil society and women’s organisations, among others, have an important role to play and should be actively involved in collecting data on GBV and protecting those who suffer from its consequences.

Inez Mikkelsen-Lopez is Monitoring and Evaluation Manager at Abt JTA.

* Not her real name.

Inez Mikkelsen-Lopez is Monitoring and Evaluation Manager at Abt JTA.