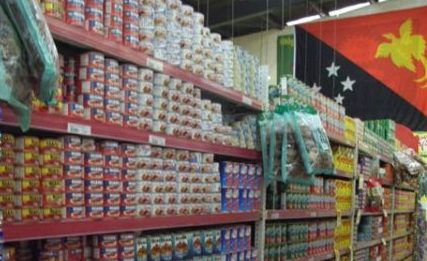 2019 was meant to mark the end of the PNG government’s 20-year Tariff Reduction Program (TRP), introduced in 1999 and designed to reduce tariffs gradually to a uniform 10 per cent across the different tariff categories. In fact, 2019 was the second year the government deviated from the TRP, with more tariff rate increases introduced in addition to those of 2018. In total, the PNG government has instituted 323 tariff line increases in the past two years. Tariffs are taxes that increase prices consumers and producers pay for imported goods and inputs. The reason for the tariffs, according to the Customs Tariff Amendment (2019) Act, is to “provide relief to local pioneer industry and existing local manufacturers from cheap imports”. In my recent discussion paper, I undertook an analysis of the likely impact of these tariff increases by reviewing PNG’s trade protection history.

A quick glance at products enjoying recent tariff rate increases gives some idea of the products and industries PNG intends to promote. These include frozen meat, packaged fruit and vegetables, sugar and confectionary, flour, cereals, women’s handbags, various wooden products, garments and fabric, beverages, smoked fish, soap and plywood furniture. The average (unweighted) tariff rate increase in 2018 was 7 per cent, and this doubled to 14 per cent in 2019. But there were some substantial increases. In particular, a 25 per cent tariff introduced on various milk products – previously tariff free – clearly intended to benefit PNG’s first joint venture dairy enterprise, Ilimo Dairy Farm. While there were no further tariff increases in the 2020 budget, there were no tariff reductions either.

Have protections for the manufacturing sector in PNG historically encouraged the economy to grow? A Tariff Review Taskforce established in 2003 to evaluate the effects of reduced tariff rates on PNG’s different sectors found that for the manufacturing sector, the industries that expanded the slowest were those subjected to some of the highest tariff rates, such as tuna and mackerel canneries. High tariffs also had a negative effect on export industries, the taskforce argued, by causing the price of imported inputs to increase. Furthermore, large capital-intensive producers were more adversely affected due to higher input costs, compared to smaller, labour-intensive producers.

The argument in favour of tariffs imposed temporarily to allow a certain industry to become competitive is known as the infant industry argument. The goal of infant industry protection is to ensure that industrial capability is developed in its initial stages of operations. Once these industries can compete against rival companies, the tariffs are lifted.

In East Asia successful economies like Korea and Japan historically used trade protections, while in Latin America many poorly performing economies also used trade protections. The degree to which protections helped or harmed growth in both instances is contested. PNG, however, historically has a poor record in selecting ‘winning industries’, with the cement and sugar industries prominent examples of industries that failed to become competitive under high tariffs. A key test to tell whether the infant industry argument holds is to ask whether the industry is competitive after tariffs have been gradually reduced. The TRP was in many ways a test to see which industries were ‘winners’ and which were not.

For example, Ramu Agri-Industries (RAI) lodged a complaint in 2013 when tariff rates were reduced to 40 per cent, arguing that its products were no longer competitive. This complaint came after RAI (formerly Ramu Sugar Limited) had been producing sugar for 31 years, having enjoyed import bans, tariffs as high as 85 per cent, and pioneer industry status. The reasons why the sugar industry did not become competitive were inadequate climate conditions, sugar disease, and low world sugar prices. RAI has since reduced sugar production by converting 2,500 hectares of sugar cane into oil palm, which has been doing well in PNG. Perhaps without protection RAI would have converted more land to oil palm earlier.

Another example is PNG Halla Cement, a joint venture between a South Korean company and the PNG government. PNG Halla enjoyed an import ban and then high tariffs on cement imports in the 1980s. Lack of competitiveness caused the government to divest its stake in the company in 2000.

The intention of the 2018 and 2019 tariff increases to grow the manufacturing sector is good, and as a revenue source for a government that has run budget deficits for the past seven years, tariffs do appear attractive. However, as PNG trade history indicates, several industries singled out for high levels of trade protections in the past have failed to thrive.