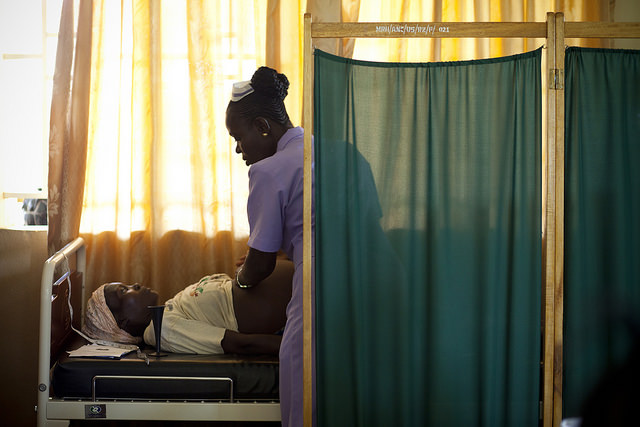 Extreme also seems an apt descriptor for PNG Prime Minister Peter O’Neill’s plan to address maternal and infant mortality in his country. As reported by the ABC on Tuesday, O’Neill plans to introduce legislation in early 2017 that will make it mandatory for women to deliver their children in a clinic or hospital. To enable this, women will be paid to attend those clinics or hospitals.

To be fair, few details about O’Neill’s plan have so far been revealed. And it is positive that political will exists to publicly acknowledge and tackle the problem of maternal mortality in PNG. But as the history of public health has shown time and time again, the road to hell – or at least the road to some seriously ineffective interventions – is paved with good intentions.

First, though, to validate those good intentions. What I assume to be the underlying impetus of this hasty policy announcement – the desire to ensure that all women have access to skilled attendance at birth – is a sound one. The most recent data available from the WHO (2013) indicate that less than half of women in PNG deliver their children with the assistance of a trained midwife or doctor. Globally, about 15 percent of women will encounter unexpected complications during or shortly after birth which require emergency obstetric care (EmOC). Skilled attendance and EmOC save lives.

The key question that policymakers must grapple with, then, is how best to enable access to those services in their particular context. A trio of case studies published by UC San Francisco highlights how various countries have been successful by targeting different determinants of why women fail to deliver in health facilities. India, for example, introduced a conditional cash transfer program which incentivized women to deliver at facilities; Malawi pushed women towards facilities by banning traditional birth attendants.

While encouraging women to deliver at health facilities is key, doing so cannot be interpreted as a magic bullet for reducing maternal mortality. Indeed, pushing women to give birth in overcrowded and under-resourced facilities may put them at an increased risk of potentially life-threatening infections, such as sepsis. To that end, it is important to note that the Indian and Malawian interventions described above were not limited to changing mothers’ behaviour, but also included supply-side interventions to improve the availability and quality of maternal health services, such as expanding maternity waiting homes and ambulance services, and training and employing more community-based midwives.

Even in the face of a strong, evidence-based plan for improving the rates of supervised births in PNG, it’s difficult to see how the government will be in a position to implement it. As noted on this blog last month, PNG’s health budget was cut by 21% (K315 million) in the 2017 budget (this followed cuts to health of more than 30% between 2014 and 2015). The number of health facilities that are fully operational in PNG, particularly at the aid post level in rural and remote areas, has dwindled. Health professionals are also few and far between; PNG has just 0.5 nurses/midwives per 1000 people, while the WHO now advocates for a minimum 4.45 skilled health professionals (midwives, nurses and physicians) per 1000. Glen Mola, a professor of obstetrics at UPNG, confirms that the main problem facing the PNG health system is a lack of funding for health staff and facilities; “If we’ve got the money, let’s see it please… we desperately need it,” he told the ABC. In this context, requiring women to travel to facilities to deliver their children simply cannot be automatically equated to their accessing skilled attendance.

Theoretical and practical issues aside, what I personally find most troubling about O’Neill’s outlined proposal is its vaguely punitive tone. Attendance at facilities is to be made “compulsory”. How will this be enforced? Will there be consequences for those women who fail to appear at a health facility, whether that failure is intentional or not? How will the plan ensure that women do not simply show up at facilities, and are not just attended, but that they receive high-quality and respectful care? Abusive and disrespectful care is a serious but underacknowledged problem encountered by many women worldwide, including in PNG, when they attend facilities for antenatal care and delivery.

Again, for now publicly available details of O’Neill’s plan remain limited. Before they are finalised, PNG’s healthcare leaders and frontline workers should be consulted on where the gaps are, and how they might be best addressed. Implementation of the plan – including not only the proposed payments to women to attend facilities, but also the costs of recruiting and training staff to attend birth at those facilities – needs to be fully and realistically costed before it is presented to parliament.

But most importantly, PNG women themselves must be given an opportunity to express their views and experiences around childbirth, in order to craft a policy solution that responds to the real reasons why many either do not seek out or do not have access to skilled attendance at birth. Just as it is an affront to human rights that so many women in PNG (and around the world) go without access to skilled attendance and emergency obstetric care, so too would it be for them to be deprived of the right to give birth where and in the presence of whom they choose, or to be forced to attend facilities that are underequipped to receive them.