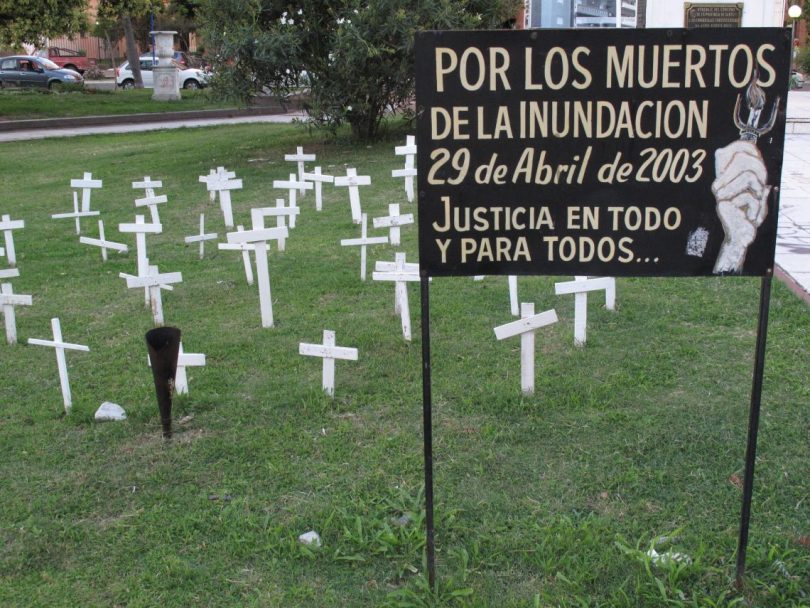 Effective communication is an essential component of crisis response. I have seen it through my experience in government during the 2016 Ecuador earthquake, and in recent case studies on disaster risk management I compiled for the World Bank. In the final part of this series on crisis management, I focus on three key lessons for government in communicating during a crisis, as well as before and after the event.

Crises require clear, simple, and consistent communication, both within government and with the public. Nancy Koehn, Harvard Business School Professor, argues leaders need to provide brutal honesty and credible hope. That means acknowledging the situation, addressing people’s fears, and helping them accept the change they may resist. One of the intangible assets a government has is the citizens’ trust. Trust eases the challenges of social coordination and enhances community response.

The quality of communication can impact the course of a crisis, both in terms of consequences and trust in public institutions and government. Korea learned this the hard way. During the 2016 Middle East Respiratory Syndrome Coronavirus (MERS) outbreak, the government’s communication was delayed, resulting in a widespread pandemic. Officials feared economic fallout for hospitals and other businesses that might have to shut down for decontamination, so withheld information about where patients were being treated or had visited. As a consequence, trust in the government and in the health system was significantly damaged.

The best way to build and maintain trust is by being honest and clear, and by managing people’s expectations. During the current COVID-19 pandemic, the Korean government has made a conscious effort to earn trust, based on its past experience. It has led an aggressive and transparent information campaign in all matters related to the disease, especially regarding risk factors and containment measures. There has been a massive campaign on personal hygiene and social distancing, twice-daily press briefings at the peak of the outbreak, and information online is regularly updated. These factors have been behind the country’s relative success in managing COVID-19.

Listen to people and engage with them

Communication is a two-way street. While it’s essential to communicate clearly, you also have to create the mechanisms to listen to citizens, engage with them, and understand their needs. And I don’t mean simply for policy compliance or to complete a project checklist; but because it can make a difference.

Medellín, in Colombia, faced a protracted crisis of community safety. It was once named the most dangerous city on the planet and was home to the renowned criminal, Pablo Escobar. In 2004, the local government started the first Integral Urban Project (Proyecto Urbano Integral, or PUI). A PUI is a planning and physical intervention in areas characterised by poverty and poor living conditions, where government intervention has been absent in the past.

While some issues remain, life has now changed in Medellín’s informal settlements, with significant decreases in violence. The murder rate has fallen more than 80% since 1991 thanks in part to these innovative interventions. One of the elements of success for the PUI projects was that local government leveraged its proximity to citizens to involve them right from the start. The municipality reached out to neighbourhood leaders at every phase of each project – from diagnosis and planning to execution. The community was actively involved, accompanying technical teams, social workers and communicators. Committees were set up to facilitate channels of communication and to strengthen the leadership of community members. Agreements were reached between the community and the state that helped build trust and credibility.

Keep the collective memory of the disaster alive

In many countries, the impact of a crisis lasts as long as the collective memory of the disaster does. In other words, how closely people perceive risk. For example, people are more willing to undertake evacuation drills soon after an earthquake, but after years of not having one, people stop. Their perception of risk is lower. Countries that have been successful in implementing sustainable policies for an emergency response have been able to maintain the urgency to act in the population, even long after the disaster has passed.

Santa Fe, in Argentina, is at risk of severe flooding. In 2003 the flooding of the Salado River caused the city’s worst-ever disaster. A third of the city was inundated, 120,000 people were affected, 24 died and there were millions of dollars in damages. A similar event occurred again in 2007. The city was cut off and 30,000 people had to evacuate for two months.

The local government won elections in 2008 with a proposal to turn disaster risk management into a state policy.

One of the factors for success was developing a culture of risk prevention, and communication was prioritised as part of the strategy. This included training programs in schools and for the media, workshops in neighbourhoods, evacuation drills, and information provision, among other elements. A Water Circuit encouraged people to visit and learn about the dams and other mechanisms that would be activated in case of an emergency. A River Circuit marked emblematic parts of the city with the height the water reached during the floods, to constantly remind citizens of flood risks. These communication approaches were taken hand in hand with other policies to improve resilience, focusing on drainage, waste, housing and infrastructure.

Communication is a key determinant of the effectiveness of our policies, particularly in a crisis. It’s important to communicate to citizens clearly and frankly. Establish trust. Listen to people. Think of crises as an opportunity for the future. What can we learn or do better next time? What are the systems that need to be in place to make this happen? And how do we take the public along with us as we try to reduce the impact of crises in the future?

This is the final part of a three-part series on crisis management — read part one and part two. If you are interested in learning more about crisis management, you can download this free cheat sheet about the phases of disaster response here.