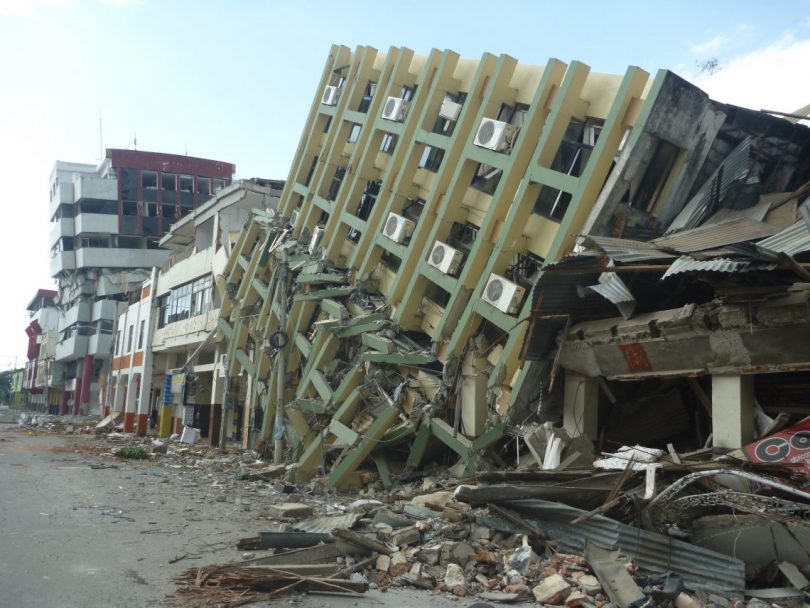 During my time as Minister of Planning and Development in Ecuador and as Acting Vice President, one of the challenges I faced was leading through periods of crisis.

This is the first post in a series on navigating crisis and responding to emergencies, drawing on my experience and memories from my time in government in Ecuador. This first post examines lessons learned from the response to Ecuador’s 2016 earthquake. The second post will focus on the need for politicians and civil servants to work across their differences, and the third will look at crisis communications. I have also prepared a cheat sheet with additional information and examples that complement this series, which you can download here.

In April 2016, Ecuador was struck by a 7.8 magnitude earthquake, the strongest to hit the country in nearly a century. The epicentre was between the coastal provinces of Manabí and Esmeraldas, around 200 km away from the capital, Quito. At the time I was Minister of Planning and Development. That night, as the reports started to arrive, I felt the weight of the world on my shoulders. The next morning, the scale of the damage became clear and the severity of the situation started to sink in. Homes, businesses, schools, hospitals, and major infrastructure had been destroyed. More than 600 lives were lost, and damages and losses amounted to US$3 billion (0.7% of GDP).

Emergencies are unexpected and their effect can surpass government’s installed capacity to respond. There can be confusion about what to prioritise and how to find the required resources. Breaking the process into manageable steps can help to avoid becoming overwhelmed.

I know it’s obvious, but it’s worth mentioning. You need to be clear on:

In a crisis, the pressure of scarcity is exacerbated. There aren’t enough resources for all your needs. I categorise projects into three buckets: 1) projects that should be done, 2) those that are desirable, and 3) those that are not a priority. Once that initial triage is in place, rank your projects in terms of priority for the first two categories. Even if you don’t have the available resources immediately, it is important to have an assessment of your overall needs and a list of your priorities, if and when additional resources become available.

During the earthquake, we divided our actions into three phases: 1) Humanitarian response (the immediate relief effort); 2) recovery response (short and medium-term); and 3) reconstruction (longer-term measures).

Keep in mind that while there are many things that need to be done, not everything has to start at the same time. Furthermore, not everything is ready to go at the same time. For example, rebuilding a collapsed hospital was a priority for Ecuador. However, soil and structural studies were required before the construction. A clear project flow will improve your cash flow management.

Lesson 2: Meet citizens where they are

Citizens’ wellbeing is your main priority. Yet, it’s easy to get caught in the urgency to act and forget who are you working for. Make sure to create mechanisms to listen to people and to understand their priorities and needs. If a program is not working, or an action you are taking is not functioning as it should, ask yourself if there is something that you could be missing.

Here is a quick example from the earthquake. Contrary to the administration’s thinking, the idea of closing temporary shelters after the earthquake created tension among victims. At first, we couldn’t understand why. By talking with them, we realised that for vulnerable families the shelter was better than what they had before. They had 24-hour security, food three times a day, childcare during work hours, and activities for children on the weekends. A better understanding helped us reframe the message and explain that we would only close the shelters to move them to new houses. (A future post in this series will look at the importance of communication during crises in more depth.)

A crisis imposes challenges on a country, but it also provides valuable lessons. Some come from the need to innovate and adapt existing systems. Others come from the things we wish we would have done differently. In either case, one of the biggest takeaways from the earthquake was the need to institutionalise the lessons learned. This included ensuring that the systems and mechanisms were in place to be better prepared for the next emergency.

For example, the earthquake highlighted weaknesses in Ecuador’s legal frameworks to regulate and control the use of land. Lessons learned from the earthquake were incorporated in the new Law of Land Use in 2016 to address this. Regulations that were previously in several laws were also consolidated under a unique law to avoid conflicting guidelines. The changes included stricter rules on land use in zones considered vulnerable to natural disasters, and higher standards for construction.

Lessons learned can also come from elsewhere. In Ecuador’s case, some of the most valuable insights we had to improve our response to the earthquake came from Chile.

Crises are really tough, both at a personal and institutional level. While it’s hard to see it when you are in the middle of the storm, it’s important to think of what you can learn and how those lessons can help others, too. From the earthquake, I learned the value of having clear priorities to make better decisions. To challenge my own assumptions and listen to what people have to say. And finally, to learn from the past and establish the mechanisms to institutionalise those lessons, to hopefully make the next crisis less painful.

I recently discussed my experience responding to the earthquake with Harvard’s Leading Through Crisis podcast. You can listen here.

This is the first post in a three-part series on crisis management. Read the second post here, and the third here.