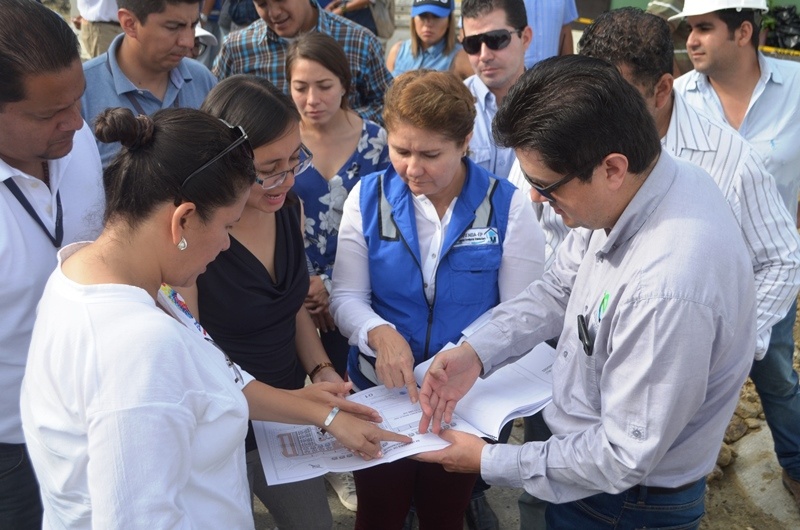 Politicians and civil servants think about public policy differently. This may be obvious to many, but this difference plays out acutely during a time of crisis. As I continue this series on managing crisis, based on my experience as a government minister in Ecuador, in this post I will focus on the intersection of politics and implementation in the housing reconstruction program after Ecuador’s 2016 earthquake, and how the differences between political leaders and civil servants were navigated.

The lack of awareness by politicians of the public servant’s perspective, and vice versa, threatens the achievement of development goals. There is a fantastic TED talk by Chimamanda Ngozi Adichie, The danger of a single story, which reminds me of this challenge. Adichie warns that if we hear only a single story about a person or a country, we risk a critical misunderstanding. The same is true for public policy.

The simultaneous alignment and distance between ministers’ and civil servants’ views is fascinating, yet scary. Initially, I thought this only happened in countries like Ecuador, with weak institutional capacity. From my work in different countries around the world, the gap seems to be real everywhere! The table below highlights some of the key differences, which I will discuss through examples below:

Navigating the divide in crisis

After Ecuador’s 2016 earthquake one of the government’s priorities was to ensure that every affected family had permanent housing as quickly as possible, so all of the temporary shelters constructed after the disaster could be closed. This was an important milestone for the country. To achieve this goal, the government planned to build 4,000 new homes for displaced families. Civil servants and ministers shared the same objective, but with a different sense of urgency.

At the time I was acting Vice President of the country, and this was my number one priority. The timeframe for those of us who were politically appointed was short. The administration was changing in five months and we were in the middle of an election. This only added more pressure to deliver results. While civil servants shared the reconstruction goal, their time horizon was longer and their positions weren’t subject to a change of government.

Both sides agreed on the best options to build the houses as fast as possible. This included the kind of materials, type of construction, services required, etc. The housing program was administratively feasible in terms of the economic, administrative, and logistical resources required.

From the politicians’ point of view, everything was in place. There was no reason why the houses couldn’t be built in five months. But we were not the ones dealing with administrative issues directly.

For civil servants, this was their biggest burden. Having everything ready, in the shortest time possible, put a lot of pressure on them and the systems within government. For them, this was another program to execute, among others. They were doing their job as best as they could, within the given parameters.

From the politicians’ perspectives, the stakes were much higher. We knew that if the houses were not complete before the transition of government, then there would be problems. Projects would be delayed, if not completely stopped, until the new administration settled in and was confident to continue. That could take months – leaving people without permanent housing more than a year after the disaster. The administration wanted to deliver on our promise to the affected communities and to demonstrate effectiveness in the lead up to the election.

When the President trusted me as acting Vice President, he said: ‘You have to learn to use power. Use your authority to make sure those houses are built on time. People trust us, we can’t fail them!’ I still remember his words. Development outcomes depend on how power is used.

I remember in one of my weekly tours to the construction sites a woman in one of the temporary shelters grabbed my hand and said: ‘Please, help us! I trust my President will give me my house… I am just not sure the others will. Don’t abandon us.’ Personally, to carry the hopes of people who had lost everything in an earthquake was a very heavy burden. But it was also the reason I was there to start with.

Monitoring was an important part of our success in housing reconstruction. From my experience in the public sector, even if civil servants saw monitoring mechanisms as a burden at first, they also saw the potential they had to achieve results. For the vast majority of civil servants, working in the public sector is about making people’s lives better. When things get done, they can see directly how their efforts contribute to achieving that purpose. From what I saw, this had a mobilising effect of its own.

I used my formal authority to create a powerful synergy between politicians and civil servants to achieve our goal. When I began weekly visits to the construction sites, the workers thought it was beginner’s enthusiasm. They soon realised I was serious. I set up software and a team to undertake proper monitoring. I used my formal authority to leverage civil servants’ capabilities. They felt empowered because I was backing them up. Together we made sure the houses were constructed and all the temporary shelters were closed before the end of the administration’s term.

If you are a politician, you are the decision-maker. You have the authority to make the big macro adjustments to policy directions including budget decisions and organisational readjustments. If you are a civil servant, that isn’t always the case. You follow procedures and implement projects once decisions have been made. Your scope of action is around micro adjustments, like design features of an intervention or targeting mechanisms. Both sides need to consider and understand these needs and constraints on adaptability.

Communication between civil servants and politicians is essential to get things done. Decision-makers must communicate their goals clearly to the civil service. Furthermore, it’s fundamental to open a line of communication with those implementing projects. Get their feedback, listen to their perspective, and understand their constraints. In the case of the earthquake, having direct input from the field was essential for decision-making.

Effective policymaking requires the right mix between technocracy and politics. Both perspectives are important and complementary. Working together to overcome the differences between these approaches is an important part of leading through crisis and achieving results.

If you are interested in learning more about crisis management, you can download this free cheat sheet about the phases of disaster response here.

This is the second post in a three-part series on crisis management. Read the first post here, and the third here.