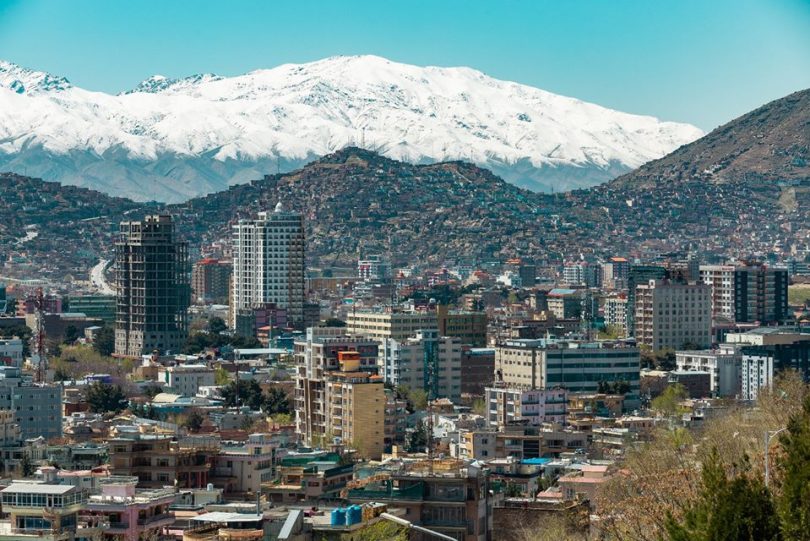 In the weeks immediately after the Taliban took Kabul, between dealing with desperate pleas from former staff looking for help to get out, I commiserated with colleagues from my time as a technical adviser with the Afghan government almost 18 years ago. Some were quite despondent about the apparent waste of their efforts to improve the lives of Afghans. We were also gobsmacked to hear Joe Biden declare that US involvement had never been about ‘nation building’.

If that was the case, why did the US government spend around $39 billion since 2001 on projects to build government institutions, train public sector staff and establish the mechanisms of democracy? USAID’s activities in Afghanistan, for example, supported the Civil Service Commission and improved the administration of government education and health services. USAID-funded technical advisers I worked with established central banking operations, created a regulated private banking system, reformed tax policies, improved revenue collection and introduced computerised government financial management and accounting. Other donors, including the World Bank, UNDP and a host of other UN organisations, also contributed significant amounts of funding and advice to develop the functions of government.

Will all this be lost now that the Taliban have re-taken control? Will the institutions and public services that aid donors built prove resilient when the foreign advisers have pulled out and many of the senior officials they worked with have left (or, if female, been dismissed)?

Aid donors and development experts will be watching closely over coming months and years to see what becomes of the systems and procedures, laws and regulations, and all the training provided to government employees. Which aid projects will turn out to have a long term impact? Which newly created institutions will endure? Which ideas about good governance will be abandoned as soon as foreign advisers are not there to promote them, and which ones will have been entrenched in local administrative culture?

Pessimists might assume a rapid return to the dysfunction of the 1990s. The previous Taliban regime before 2001 neglected the public administration which almost ceased to function. Many skilled public servants fled the country and the Taliban purged non-Pashtuns from the bureaucracy.

There are several reasons, however, for thinking that at least some of the legacy of the last two decades of institution building will endure.

This is not the first time Afghanistan has been the recipient of large amounts of foreign aid and then suffered a major reversal. In the 1960s and 70s, the World Bank, the US, the Soviet Union and other donors provided funding for infrastructure, rural development and education. Much of the infrastructure they created was destroyed or allowed to deteriorate during decades of war since 1979, but when I arrived in Kabul in 2003, I was surprised to find that the bureaucratic procedures and rules of public administration put in place in government ministries by previous US-funded technical assistance projects in the 1960s were still in place, more or less, in spite of successive coups, invasions, civil war and neglect. These administrative processes predated computers, fax machines and photocopiers and needed updating and strengthening, but the underlying concepts were sound and were easily revived by the public servants who had returned to their desks after all the upheavals.

The aid efforts of the past 20 years also mean that the country the Taliban now rule is not the same as it was last time they took over, a point that has been made by some Afghans. The society has changed immeasurably in the past 20 years. The previous Taliban regime came to power in an environment of devastation and lawlessness after years of civil war. They imposed relative peace, but were unable to restore the essential functions of government administration.

Today the Taliban inherit a much more stable and developed administrative machinery. Far from perfect, no doubt, but considerably better than 20 years ago. For example, the basic institutions of economic and financial management are there and ready to operate. People have become accustomed to government services that function, and a whole generation has grown up with different ideas about what is possible. It is difficult to see that this could all be easily reversed.

It is too soon to say what will happen next in Afghanistan. Civil war, repression and chaos remain real possibilities. But if the past is any guide to the future, the advances made in public administration since 2001 will continue to be relevant, whatever regime is in power.

Mary Venner worked as a technical adviser with the Afghan government between 2003 and 2007 and is a professional associate at the University of Canberra. She has written on post-conflict reconstruction and public administration as well as on her personal experiences in developing countries.