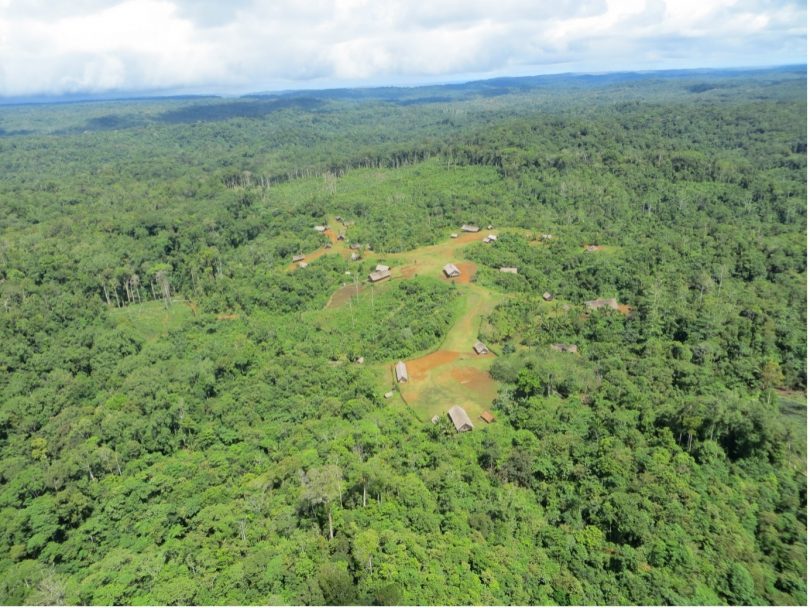 Support for agricultural development and villagers’ livelihoods in Papua New Guinea (PNG) is generally given to those living in areas where villagers have greater access to markets. Often this support is facilitated by government agencies, development organisations, church groups and resource extraction companies. For remote communities, there are fewer opportunities to sell agricultural produce and cash crops and villagers receive less assistance from outside organisations.

For example, rubber has been a successful cash crop in some more accessible locations in Western Province, with support from a Kiunga-based business, North Fly Rubber Ltd. However, lack of road access limits the potential of rubber as a cash crop in the more remote parts of the province.

In our recent Devpolicy discussion paper, we make suggestions on how food production could be improved and cash income from agricultural sources increased in remote lowland communities in Western Province and Southern Highlands Province. This builds on surveys in 30 villages along a 250 km traverse that we made from southeast of Tabubil to southwest of Lake Kutubu (see map). Many of these suggestions are relevant to remote and disadvantaged communities in other parts of Papua New Guinea. 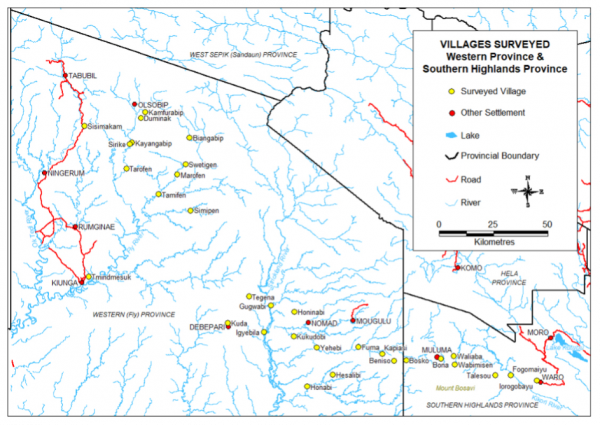 Market access is limited in these locations and hence there are few opportunities for villagers to sell agricultural produce. The natural environment is poor for agricultural production, with excessively high rainfall and infertile soils. The population density is low to extremely low. The rate of child malnutrition is high.

Based on our extensive experience with addressing these issues elsewhere in PNG, including in the successful Community Livelihood Improvement Program of the PNG LNG project, we find improved planting material and other technologies could be promoted to improve villagers’ livelihoods through increased food production, reduced labour inputs and improved nutrition. 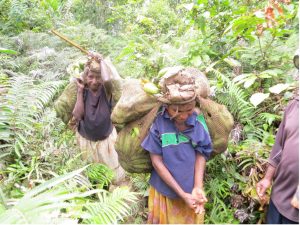 Group of women returning from harvesting bananas, taro and other foods from garden, Fuma Village, June 2014. Photo by Michael Bourke.

Training women in improved cooking techniques and cooking certain processed foods can help improve nutrition. This was a successful component of the livelihood program of the PNG LNG project. The program involved facilitating the formation of women’s groups, distributing ovens made from discarded 200-litre fuel drums and training women in food processing, hygiene and human nutrition. 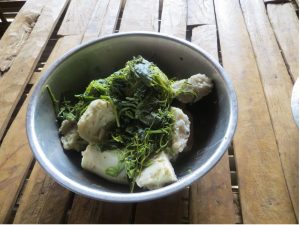 Women learnt how to cook more nutritious and tasty meals for their households using the ‘one pot’ cooking method. They also learnt to prepare a range of baked foods including muffins and cakes made from a mix of locally grown and imported ingredients.

Remoteness and poor market access limit what can be sold profitably, but even small increases in cash income can improve villagers’ lives and should be pursued. Our paper examines a number of cash crops with the potential to increase villagers’ livelihoods.

Given current transport linkages to urban centres, prices and marketing arrangements, we find the cash crops with the greatest potential for expanded sales in the short to medium term are eaglewood and vanilla, with smaller volumes of fresh food and cooked food.

The eaglewood tree is a promising source of cash income in much of this region. Self-sown eaglewood trees grow in the forest in some remote locations of Western Province and Southern Highlands Province, as well as in some other lowland locations. Currently only 2% of self-sown trees produce agar, an aromatic resinous wood used for religious and medicinal purposes, and trees are destroyed in the process of removing it. The high value of agar per unit weight means it can be transported economically by air, particularly if superior trees are planted and trees are artificially inoculated to increase the yield of agar. A project in Western Province has imported a species of eaglewood from Vietnam that produces higher yields of agar.

Villagers sell fresh food and animal products in small village markets in the region, with limited amounts taken to Kiunga. However, the long walk to markets, high cost of outboard motor fuel or expensive air fares, means that it is not practical for most people in this region to market fresh food in urban markets.

There are some opportunities to market fresh food in remote locations, but this is severely constrained by low cash income of potential buyers. An expanded road network would enhance the sale of fresh food in urban centres. Given the low levels of cash income in the remote communities, there is limited potential to sell large amounts of cooked food.

Despite market access limitations in these remote locations, several simple interventions could be promoted to improve food production and increase cash income, and ultimately the livelihoods and wellbeing of villagers.

Matthew’wela B. Kanua is Country Director of the Market Development Facility PNG. He is a former Secretary of the PNG Department of Agriculture and Livestock and a leader in Papua New Guinean agriculture and rural development.