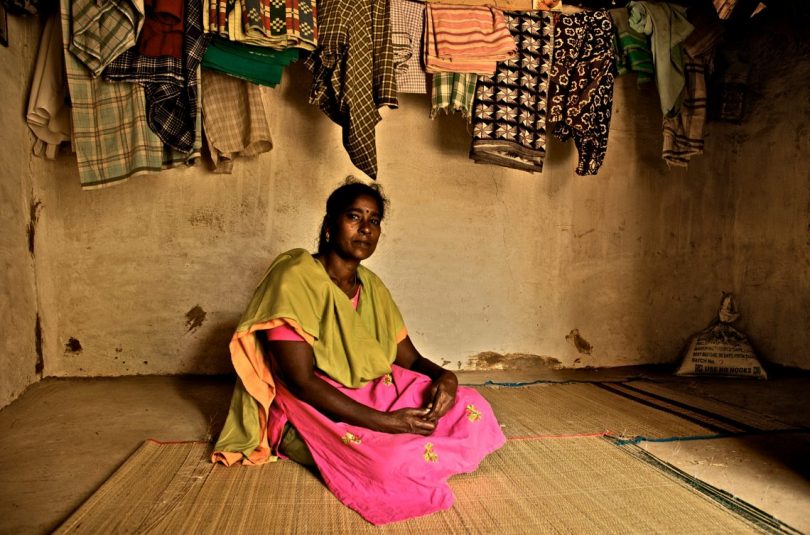 Over the past two weeks, as countries instruct their citizens to stay home and shelter in place, levels of violence against women across the globe have increased dramatically. Even before official ‘lockdown’ policies experts in gender equality, civil society actors, and researchers were warning of the additional dangers this could pose to women. As an author in the New York Times puts it: “Movement restrictions aimed to stop the spread of the coronavirus may be making violence in homes more frequent, more severe and more dangerous.” In many countries, abusers are using the virus as an excuse for increased physical attacks, emotional abuse, and heightened controlling behaviour, leading to further isolation and stress for their partners, including economic stress.

Across Asia, we are seeing this almost everywhere, even in places that are just one week into lockdown. During the lockdown in Hubei, China, reported domestic violence cases rose more than threefold. In India, the National Commission for Women reported that between 23 March and 1 April, 257 women contacted them for help. Of these, 13 registered complaints of rape and attempt to rape, 69 sought protection from domestic violence. In Indonesia, a call centre managed by a local civil society organisation experienced a comparable increase in calls. In Sri Lanka, The Asia Foundation, working with Women in Need, launched a social media campaign with hotline numbers for victims of domestic violence that went viral. In Myanmar, civil society organisations, such as Akhaya Women Myanmar, are also reporting a measurable spike in cases, as are human rights and legal aid organisations in Bangladesh. Initial conversations with civil society partners in Indonesia suggest that many of the victims are already in vulnerable economic situations that the loss of employment is compounding.

The data on domestic violence in Asia was already weaker than some other regions, in which existing cases are logged, projections are made, and services are provided. In many Asian countries, there is little if any official data; research and information tend to be carried out by non-government and multilateral organisations. The striking characteristic of the spike in cases across the region is not only the knowledge of it among our networks but also the breadth of its reporting in the region’s news. Not only are women bearing the brunt of job losses, domestic labour, homeschooling, and education, but the rise in domestic violence and stress is just one of what the UN has suggested will be the many, quite specific health effects on women.

Governments across the region seem to have been caught off-guard by the dramatic rise in domestic violence. The response across the region ranges from haphazard to ineffectual. This is in part because some societies are still very much impacted by historical patriarchal norms and values. These cultural prejudices tend to inform government response as much as politics and other influences. The government of Malaysia provided an insight into its thinking on the position of women in Malaysian society this past week when it released a public information campaign telling women to “stop nagging” and use more make-up at home during lockdown. In others, such as Myanmar, it has meant widespread denial or downplaying of gender inequalities; and a belief is that there is a ‘natural order of things’ in which women are subordinate to men. These social and cultural dimensions of the problem make it even more difficult to address and address quickly – which is what the current crisis requires.

Where lockdowns are being actively policed, such as Sri Lanka, India, Timor-Leste and Bangladesh, police and security services are being diverted from their normal duties to maintain curfews, staff checkpoints, and carry out other duties related to keeping people in quarantine. In Sri Lanka, for instance, close to half of the 85,000 strong police force has been deployed on these COVID-19 duties, meaning there are now fewer available to respond to women in crisis situations at home. In many countries where specialized services do not exist, primary health care workers are the first point of contact for women experiencing domestic violence. Without this safety net, women are at greater risk. Elsewhere where the social contract is weaker, such as in Myanmar, most support services for partners at risk of gender-based violence (GBV) are provided by civil society, which is in increasing demand given the challenges of operating under a pandemic.

Unintended consequences of policy responses are only ‘unintended’ when no-one could have foreseen them. The increase in domestic violence as a result of a ‘stay home’ policy was something most experts could have predicted. The policy settings therefore need urgent rethinking. Protecting citizens from the virus, shouldn’t mean they die from domestic violence.

Civil society across Asia is already rushing to support women in situations of violence. Some are providing basic necessities such as rice and basic food items to ease the stress of loss of employment and increased food insecurity. The Asia Foundation is involved across numerous fronts. In Timor-Leste, the foundation has set up two emergency reception centres and is working with the Ministry of Social Solidarity and Inclusion to develop guidelines for all shelter staff to prevent coronavirus transmission while helping threatened women shelter in a truly safe place. Additional funds have been disbursed to improve water and sanitation in partner organisations. If transmission spreads in Timor-Leste, these measures will save the lives of vulnerable women and staff of service providers. Helpline and referral information is also being disseminated. These are important and urgently needed in the short term. But we also need to support governments, where they are willing, and civil society to create effective policy responses that provide effective, alternative safe spaces on a scale that is now needed.

Some governments are starting to respond with more foresight. In Australia, massive health funding packages are explicitly addressing domestic violence. And in the state of New South Wales, escaping the risk of harm is detailed as a legitimate and lawful reason to leave home isolation to find alternative shelter, free from violence. Earlier this week, the French government, responding to a 36% increase in cases of violence in France, announced new measures that enable victims of GBV to stay in hotels and create ‘pop-up counselling services’ in local grocery stores. This is not as far-fetched in Asia as many might think. All over the region, hotels are empty as the tourists are all gone. Governments in Vietnam, Timor-Leste, and Malaysia are already using hotels to meet quarantine needs. There are discussions over whether they could also be used for safe houses for victims of abuse in Vietnam.

These are important responses that start to provide real options to women and children by removing them from the dangers in their homes, particularly in contexts where the legal frameworks protecting them from the perpetrators of violence are weak, non-existent, unenforceable or inaccessible.

More needs to be done urgently across Asia as women bear the brunt of the COVID-19 pandemic.