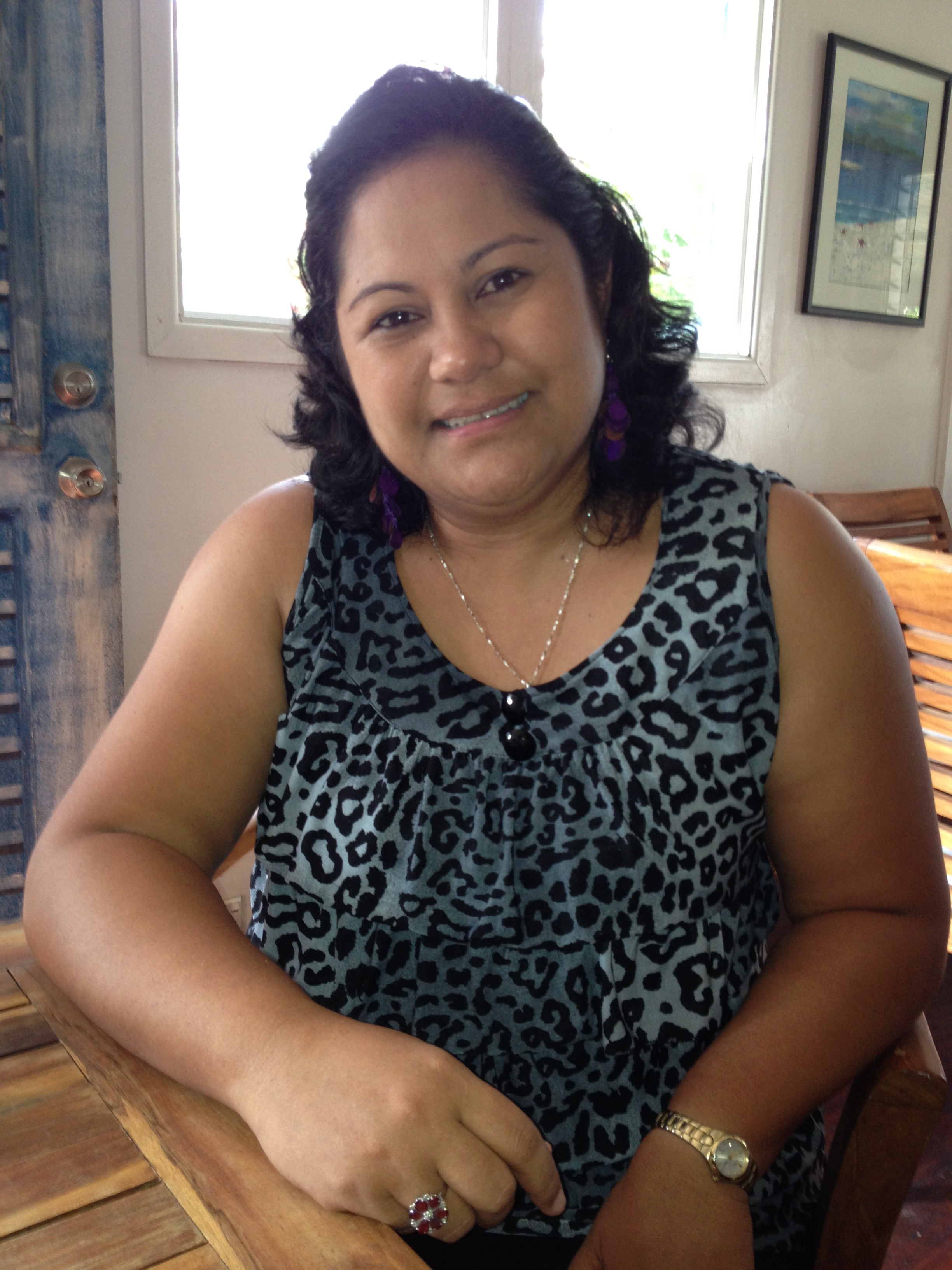 Recently, Tess Newton Cain had an opportunity to talk with Sina Retzlaff. You can listen to a podcast of their conversation here and read the edited transcript here. For a summary of what they discussed, read on…

Sina is the Samoa country representative for the Pacific Leadership Program so we started by talking about her experience of leadership. Sina was previously the president of the Samoa Chamber of Commerce, the first woman to hold that post. Whilst in that position she was able to see examples of how the government exercised leadership in seeking to partner with the private sector: ‘…we certainly felt, as a private sector group, that it was a real partnership. That they did need a perspective of the private sector, they were asking what the impacts were to the private sector and from there, that was informing the decisions that were being made economically, sometimes even socially, going forward.’ Closer to home, Sina reflected on observations of the development of democratic processes in Samoa, which she gained as the daughter of a leading politician (Misa Telefoni Retzlaff served in the Samoan parliament between 1988 and 2011 and held a number of ministerial positions, including that of Deputy Prime Minister): ‘My father was in politics for 25 years, and over those years, we saw our country mature in terms of the voting system, improve the processes around elections. Also interesting to note, how our people responded in voting for candidates over the years’.

An area of particular interest for Sina just now is that of gender based violence and, more particularly, violence within the context of intimate partner relationships. In this area, she identified that there had been leadership in terms of legislative reform by virtue of the recent passage of the Family Safety Act. In addition, there have been some significant steps made in terms of providing support to victims through government and non-government agencies. However, there continue to be gaps in terms of understanding the issue and its significance: ‘I think there is a real need for an understanding and an awareness of first of all, what it is and secondly, the impacts. I’d really like to see research in the area where we are determining what the cost is of family instability, domestic violence in a family; what is that costing us economically?’

In terms of policy priorities, Sina made a couple of points. First, she noted that whilst there was a need to address both ‘service delivery’ for victims of domestic violence and ‘awareness raising’, the delivery of a ‘safety net’ of medical and legal services should take priority. ‘If we needed to prioritise … I would say we deal first with the response teams, that we deal first with what victims require, in terms of the legal services, in terms of the medical services and, of course, just general support to them’.

More generally, Sina stressed that she wanted to see family based violence made a top policy priority in Samoa: ‘I think if we continue to ignore that domestic violence does happen in Samoa; we continue to ignore that children are being affected by it, then it’s always going to have a negative contribution to all the other priorities that Samoa has set out, particularly in economic development because women have such a strong role to play in the economic development in our country’.

We also discussed the mood of the private sector in relation to the current state of the Samoan economy. Sina identified that tourism was considered to be the main driver of the economy at present and that many business were suffering, especially at this time of year when the number of visitors is significantly reduced. The tourism industry in Samoa is also up against competition from other destinations in the region and the impact of the global economic downturn: ‘So I think people are spending less, and the numbers in Samoa also reflect that. Tourism earnings have not been on the rise and the yield that the businesses are making are certainly less’.

In relation to encouraging foreign direct investment, Sina talked about the challenges arising from customary land tenure in Samoa. This is a highly contested issue, which is affected by long and dearly held traditions. Sina acknowledges the strengths of the Samoan system of customary land tenure: ‘We have a wonderful customary land system where the entire family owns the land, and by birth you have rights to that land… It’s supposed to be a benefit, that everybody owns his land, and we all come and we work it’. However, she feels that this system is not supporting economic development: ‘Land that belongs to everybody is ultimately then owned by nobody. So if things want to move forward, and we want to actually develop a piece of land commercially, essentially you need the okay of the entire clan, of your entire extended family; right down to an untitled person who lives in New Zealand, Australia and America. They can fly home and stop the project, because that is their heritage. Now, whereas that has ways of protecting people’s ownership of their land, and protecting people’s heritage and ensuring that families have enough land to work and live subsistently; on the other side, it’s never going to solve our foreign investment issues. We have foreign investors who come and they want to secure a leasehold land, and our government does have now in place legislation’.

Sina sees this as a crucial topic for a new conversation in Samoa, a conversation in which all viewpoints can be heard and leadership can be exercised in going forward for the best interests of her country and its people.