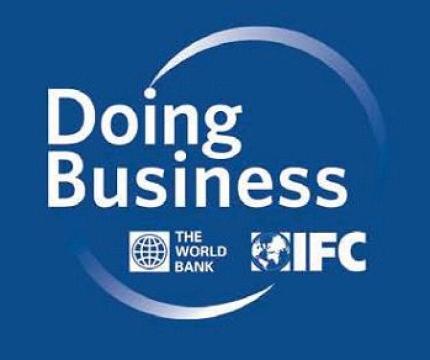 The recent Devpolicy blog post ‘Doing business in 2014 – the Pacific falls behind’ describes, for Pacific island economies, some of the rankings contained in the World Bank Doing Business indicators (DBIs). As the title indicates, it concludes that in terms of business environment reform, the Pacific continues to fall behind.

Although the post qualifies its conclusions by pointing out that the independent review panel that examined the DBIs had criticized the rankings and methodology, and also adds a qualifier “(if the scores are to be believed”), its general tone is one of acceptance of the conclusions of the Doing Business scores. It then questions whether Australia has had any return to the resources that it has put into improving the environment for business in the Pacific.

The reality in the region is different from that contained in Doing Business. The DBIs for Pacific island economies fail to reflect the depth of business environment reform that actually has occurred in the region. For example, to form a company in both Solomon Islands and Samoa, takes no more than one day and the cost is minimal. The information in the Doing Business reports does not take these reforms into account.

Other countries have complained frequently about the many inaccuracies in the indicators. Adding to this shortcoming are others based on methodological grounds. The DBIs have increasingly been criticized both within and outside the World Bank itself. To list some of these shortcomings:

Other reviewers have been even more critical. Arrunada (op. cit.) suggests that the focus of the DBIs actually have a negative impact on development. He says that the concentration on the costs of formalization of businesses “do not enhance the value of formalization, which is especially necessary in less developed countries, many of which do not have effective formalization institutions. The emphasis on the reduction of explicit costs, disregarding the value of institutions is therefore especially harmful to development” (p3). He points out that to be successful, company registries, for example, need to provide services such as information on directors and shareholders.

As an example of the anomalies in the Pacific region contained in Doing Business 2015, Timor-Leste is identified as being the top reformer in the world in terms of starting a business. The ranking is based on the establishment of a “One Stop Shop” in Timor. Without in any way wishing to devalue the reformist initiatives sponsored by the Timor government, it is important to point out that the registry is paper based and difficult to search, there is a large minimum capital requirement to establish a company in Timor, there are still over 200 categories for which businesses must obtain licenses, and at least one director must be a Timor citizen or resident. Any business outside Timor wishing to do business with a Timor company has the costly task of locating a local lawyer to search the registry for information on directors and shareholders. To classify the “One Stop Shop” reform as making Timor the world’s leading reformer in starting a business raises questions, to say the very least. Reinforcing the point that Arrunada makes, the ranking does not attempt to document any of the advantages of formalization in Timor.

Contrast this with the reform of the Companies Acts and electronic registries that have taken place in Samoa and Solomon Islands where there are no minimum capital requirements, and all information on directors and shareholders is available on line from anywhere in the world. They meet the benefits of formalization criteria suggested by Arrunada, as well greatly reducing the costs of registration. As a result of these reforms, the rate of company creation has more than doubled in both countries. Another example is provided by the reforms of the collateral frameworks for lending that have taken place in 7 Pacific island economies, which have resulted in over 30,000 new loans in a region where commercial banks are notoriously reluctant to lend.

The information contained in the latest set of Doing Business indicators do not do Pacific island economies countries the justice of recognizing the extent and depth of some of the reforms that have occurred, and which are genuinely among the most modern and far-reaching in the world. It is not hard to conclude that the criticisms leveled at the DBIs are justified and that they are becoming increasingly inaccurate and irrelevant.

Paul Holden is the Lead Economist for the Pacific Private Sector Development Initiative at the Asian Development Bank.

Paul Holden is Professor of Economics at Western Colorado University and Director of the Enterprise Research Institute. His research interests focus on economic development, law and economics, the importance of institutions and evaluation.