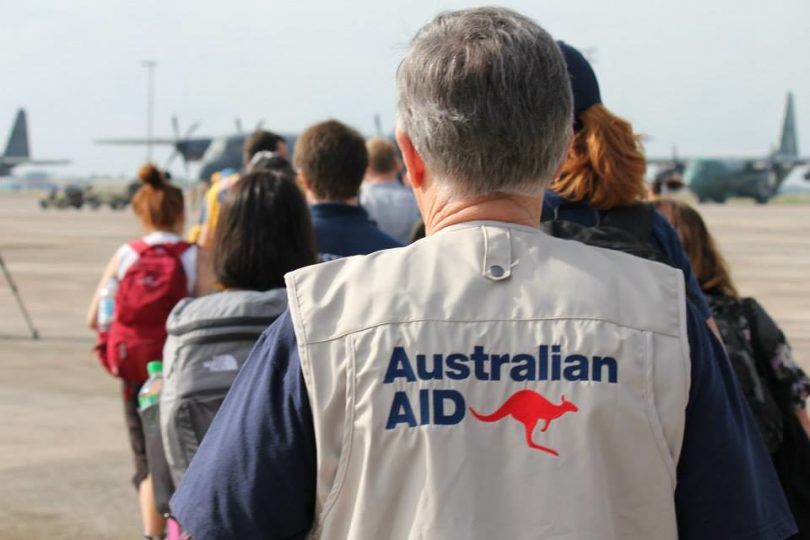 Last week the Centre for Global Development (CGD) released its 2021 Commitment to Development Index. The CDI has, for the last 20 years, been comparing rich countries in terms of their “policies that affect the development prospects of countries beyond one’s own borders”. It has had a rest for a few years, and has come back this year in a revamped form.

The CDI measures commitment to development across several dimensions, not only aid, but also migration, the environment, trade, health and even security and technology. Overall, Australia did well: it came fourth, much higher than earlier rankings.

But the aggregate ranking is a particularly fraught exercise. Australia does well overall because of its technology, trade and health scores, where it comes first, second and fourth, respectively. It does well in technology in part because lots of foreign students from developing countries pay to study in Australia.

As this example perhaps suggests, much of what goes into the rankings seems arbitrary, and some of the results are distinctly odd. In 2016, Australia came third in the migration rankings; now, with a different methodology, it comes 19th, though our migration policies have in fact improved in recent years with the development and expansion of Pacific labour mobility initiatives in recent years.

There are in fact 22 traditional OECD donors in the CDI exercise, excluding the six above and three others that are more recent aid donors (Czech Republic, Slovak Republic and Greece). Of these 22, Australia is ranked 21st on aid and New Zealand 22nd.

Australia and New Zealand are marked down for both aid quantity and quality. New Zealand in particular does poorly for aid quality, coming second from the bottom, even when non-traditional OECD donors are included. But the aid quality rankings are themselves debatable.

In 2018, New Zealand was in fact ranked first in the world for the quality of its aid. One particularly amusing feature of this turn-around is that New Zealand’s positive ranking in 2018 was, as Terence Wood explained back then, in large part driven by the fact that it gave aid to well-governed countries. That was then reckoned by the CDI to be a good thing, because the better a country is governed the more it can make good use of aid. But now New Zealand is penalised for the same reason: it is not giving enough aid to fragile (i.e. poorly governed) states. In other words, New Zealand is giving aid to the same countries, but the CDI has changed its mind about whether these are the countries New Zealand should be supporting.

Australia, which had been a top-ten country for aid quality in 2018, also does poorly on aid quality this time round, ranking, among the traditional donors, above only Japan and New Zealand. Australia’s level of transparency was regarded as very poor in 2018. No one would say that transparency has improved since then, but it is now viewed as one of our strengths. In fact, and inexplicably, the CDI regards all OECD aid programs as equally and fully transparent.

Both the overall CDI rankings and the aid quality rankings seem to me to be too fragile and arbitrary to be taken seriously. What can’t be debated is that Australia has become and New Zealand has long been a stingy aid donor. CDI has its own measure of aid quantity, which is a variant on the traditional generosity index, the ratio of Official Development Assistance (ODA) to gross national income (GNI). According to the CDI indicator, Australia is the fifth least generous traditional OECD donor, and New Zealand is the seventh. According to the usual ODA/GNI measure, as we reported earlier in the year, Australia is now the third least generous among the 22 traditional OECD donors, and New Zealand the sixth.

This is why it surprised me that the Australian Minister for International Development, Zed Seselja, put out a media release welcoming the overall CGD ranking, and saying that Australians should be proud of our development program. Proud of one of the least generous development programs among the 22 traditional OECD donors? I don’t think so.

Note: For the aid rankings, go to the 2021 CDI Development Finance tab, and then select OECD for country group (at the top). The 31 OECD countries are numbered according to their ranking in the entire set of 40 countries.