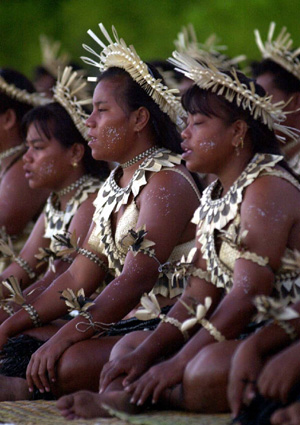 I have great respect for those individuals who risk their savings, their future earnings, time and energy all in an undoubted belief in their business prospects. They create the jobs and incomes for the majority of us who are risk averse as well as the taxes for public expenditure on our welfare. The most stressful years of my working life were those spent as a director of a private company.

In my first blog I related the story of wrong policy in tuna and resource development in the islands, but what of the greater relationship between government and business? Whether in fisheries, agriculture and forestry, tourism, financial markets, or even in some cases wholesale and retail trade, in many Pacific island countries you will find a history of direct government investment, otherwise known as state capitalism.

On one of my many consultancy visits back to Kiribati in the late 1990s the then Chief Secretary asked me “Just where is this private enterprise in Kiribati?” In response I told this story. When I first came to live and work in South Tarawa in 1983 the island was certainly quiet as far as any private commercial enterprise was concerned. However, over the remainder of the 1980s and through to my last visit in 2001 I witnessed a boom in small enterprise activity. Bairiki “Square” was an empty space in 1983. But I remember the day only a couple of years later, when one lunch time a Tarawa-stranded Asian who had been staying at the home of the Vice President wheeled a converted pram loaded with plate lunches of flying fish and rice to sell to office workers in a shady spot on the Square. The I-Kiribati copied his idea and the Square soon filled to become a vibrant centre for a variety of small-scale, private I-Kiribati commerce. Buses, petrol supplies, repair shops, small stores and more; private enterprise spread the length of South Tarawa, despite government-subsidized competition. Today, many Pacific islands have a thriving private sector.

Regarding the second justification for state capitalism, one must wonder, where the government has initiated domestic enterprise, just how many have actually handed over such operations to private businesses? Indeed, can governments readily withdraw from a business when they have established vested interests in the form of employees, management, Board sitting fees and the perks sometimes of international travel? Ministries of Finance throughout the Pacific have struggled for years to free their budgets of annual subsidies to state-owned enterprises that could be better run by private enterprise.[1] However, until recently there have been too few examples where State entities have transformed into private ones. This may now be changing for the better (Thanks in part to programs such as the ADB and Government of Australia funded Private Sector Development Initiative), albeit only very slowly.

So what of Pacific cultures of reciprocation, traditional land tenure and the close-knit family ties, all set within the island glass bowl where all individual activity is seen, where scruples may easily be ruffled and where the unscrupulous may also remain protected? One of my main subjects of research at the East-West Center from 1992 to 1996 was private enterprise in the cultures of the Pacific.

My research commenced with a literature review that determined that: ‘entrepreneurship is alive and well and … indigenous enterprise continues to succeed.’ The question was how? A survey of business values, practices and performance followed, the findings of which led to the conclusion that ‘community expectations may conflict with the needs of businesses” and that “strict (business) policies towards practices which may (otherwise) impede adequate cash flow are identified as important to business success.’ In other words, the demands of family for cash and free store goods, the demands of local leaders for goods on credit that would not be repaid, and the expectations of family members for jobs not worked, must all be contained to sustain cash flow and ultimately the existence of the business.

These management policies and practices were subjected to a further survey of one country’s indigenous businesses. This last survey concluded that indigenous businesses succeed by adopting policies and practices that accommodate the needs of the employee, customer and community but only to a certain extent. [2] The overall conclusion of the research was that indigenous enterprises have long existed, they can succeed and at least some island managers know how to succeed in business in the islands.

So why aren’t there more island businesses in the islands?[3] A further paper on economic policy in the Pacific argued that ‘if the Pacific desires domestic investment and economic growth, there may be no recourse save to lessen factor protection (land, labour, capital), revise reserve prices, and correct existing institutional practices.’ There could be more indigenous island business if the policy and institutional environment was more supportive. Later assessments of the island business environment support this finding.

In the 1980s and 1990s government and donor-supported approaches to developing the private sector in the islands was comparatively interventionist.[4] This has since matured into a much stronger focus on the policy and institutional environment. The publication in 2004 of Swimming Against the Tide, an ADB publication authored by Paul Holden and his colleagues was a significant shift in this regard. This report, and the many which followed it, put the spotlight squarely on the policy reforms needed to promote the private sector. Programs such as the Private Sector Development Initiative (PSDI) (mentioned above) have subsequently provided assistance with the implementation of these reforms.

Of course I’d like to think that my research helped bring this about, but I’m sure that the World Bank’s annual cost of “Doing Business” survey and the many, rigorous private sector assessments by the ADB, mentioned above, have had a much more telling impact.

Whatever the reason for the change in approach, judging from the ADB’s annual assessments of developing member country policies and institutional settings there is still a lot of work that needs to be done to create an environment more conducive to private indigenous enterprise in the islands.[5] While the PSDI is now in its sixth year of operation it has largely avoided the northern Pacific and it will take many more years to commercialize the operations, if not privatize the ownership of state-owned enterprises and decades of careful participation to secure the tenure that will allow land to be used as collateral. All such reform efforts must be carefully managed through the prevailing cultures and politics of all island countries.

However, progress has been made, from the markets of Tawara to the explosion of mobile telecommunications across the Pacific. All this points to the simple truth that there could be many more islanders in business in the Pacific if policies and institutions were more supportive

In the second of a series, Steve shares some of his personal development policy sojourns in the continuing interest of adopting better policies and institutions for a better future in the islands. The series is being collated into a policy brief, available here [pdf]. The rest of the blog  series is available  here.

[1] The ADB publication ‘Finding Balance Making State-Owned Enterprises Work in Fiji, Samoa, and Tonga’, Manila 2009 estimates that: “SOEs place a significant and unsustainable strain on the economies of Fiji, Samoa and Tonga.”

[2] The overall findings of this survey were quite similar to those of a survey of major US corporations by Kotter, J, & Heskett, JL 1992 Corporate Culture and Performance, New York: The Free Press.

[3] As I’ve often had to point out, most businesses fail in any country.

[4] This more interventionist approach included donor funded training programs such as ILO’s “Start Your Business” and “Improve Your Business”, the Australian Market Advisory Services’ annual training programs in marketing, the University of Hawaii Business School fielding of MBAs to advise businesses in the islands and many subsidized credit schemes.

[5] See comparative country performance ratings in the table attached to the following document[pdf] and, for the purposes of this article see especially the ratings for B.6 Business Regulatory Environment.