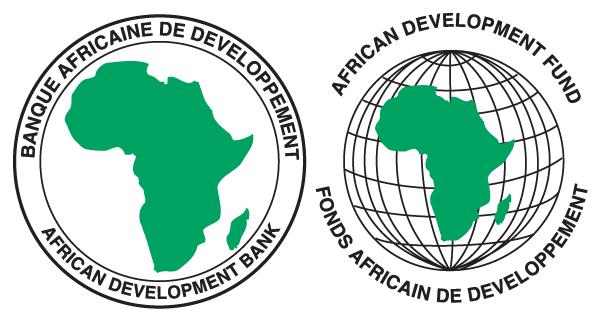 By Robin Davies and Joel Negin

Sixteen years ago, the Simons Review of Australia’s aid program had nothing much to say about Australian aid to Africa and nothing at all to say about Australia’s absence from the African Development Bank (AfDB). Two years ago, the Independent Review of Aid Effectiveness recommended that Australia join the Bank. This, they said, “would represent value for money and be a high-level indication of Australia’s commitment to development in Africa”. The government readily agreed, subject to the outcome of a detailed assessment. That assessment was duly undertaken and came up positive, the case for membership was elaborated in a public consultation paper and the proposal was subsequently referred to and, in March of this year, supported by the Joint Standing Committee on Treaties (JSCOT). The African Development Bank Bill 2013 was drawn up. So far, so good.

On 18 June, however, despite the simplicity of the bill and JSCOT support for the proposal, the provisions of the bill were referred to the Senate Foreign Affairs, Defence and Trade Committee for inquiry and report by 20 August. The Senate asked the committee to consider two things in particular: the additional financial and human resources required by the Treasury and AusAID to support Australia’s engagement with the African Development Bank, and the effectiveness of the Bank’s governance structures. The committee called for submissions by 17 July and received five, comprising a joint one from Treasury and AusAID recapping previous arguments in favour of membership, several from groups with interests in mining, power and road safety, and one from the Development Policy Centre.

We strongly support Australian membership of the AfDB. One of us (Negin, jointly with Glenn Denning) argued for it in a background paper prepared at the request of the Independent Review of Aid Effectiveness in early 2011. The other (Davies) wrote the Development Policy Centre’s submission to the above inquiry, endorsing a range of existing arguments for membership and adding some more. For example, the submission notes that of the 18 biggest OECD donors in 2012, ranging in size from the US ($US30.46 billion) to Austria ($US1.11 billion), and accounting for 98 percent of ODA, only Australia (the eighth-largest donor, at $US5.44 billion) is absent from the ranks of the 24 non-African members of the bank. Current membership includes countries such as Argentina, India, Korea and Saudi Arabia who have less engagement in Africa than Australia does.

The submission also notes that membership would somewhat improve Australia’s currently poor standing as a provider of multilateral aid, be consistent with Australia’s G20 objectives and its interest in ensuring oil, gas and mining investments contribute to better development outcomes in developing countries, and make much more sense than membership of the European Bank for Reconstruction and Development (EBRD) (of which Australia is a sometimes reluctant member) and the International Fund for Agricultural Development (of which Australia was a member and will be again if the present government is ever able to secure passage of the IFAD 2012 Bill, currently under consideration).

The fundamental question is whether the AfDB is an effective and efficient provider of development financing and other services. There is now a very substantial pile of evidence that it is. This is heavily cited in the various documents referenced above, including the Development Policy Centre’s submission. That’s not to say that the AfDB is a perfect institution. It faces some serious and entrenched problems, particularly in relation to human resources management, decentralisation and business processes and practices. However, it’s an institution whose performance has improved dramatically, despite adverse circumstances (including the forced relocation of its headquarters from Cote d’Ivoire to Tunisia), under its last two presidents. The stars seem to have been aligning for the Bank over the last few years: it is now set to return to its permanent home in Abidjan from 2014, has very high levels of confidence from its regional members, has secured strong financial backing from its non-regional members and has articulated a clear strategic vision and reform agenda to 2020.

From our perspective, the only real questions about Australia membership are the practical ones in which the Senate has expressed particular interest. Most prominent among these is the question of how much Australia should contribute above the minimum required. The government has said that Australia will be required to make a paid-in capital contribution of $88 million to the AfDB, which makes us a part-owner of the Bank. In addition, the government has said Australia will need to provide $161 million as an initial contribution to the Bank’s concessional financing arm, the African Development Fund (AfDF). The derivation of these figures hasn’t been explained but we assume they have simply been determined by the existing Board of the Bank. However, the numbers seem about right when compared with costs associated with our involvement in the World Bank and its concessional arm. The tricky part is that negotiations are currently underway to replenish the AfDF, and are due to conclude by about October. On our reading of the situation, Australia can’t simply declare that its initial contribution counts as a contribution to the current replenishment. The initial contribution is essentially a joining fee. So Australia might well need to pledge another $200 million or so to the Fund as part of that process, even if it joins after October. That’s not a bad thing, but it could prove painful to find this money if the double AfDF whammy were not foreseen, particularly in the context of other severe pressures on AusAID’s budget from closer to home.

The other major practical question to be settled is that of who represents Australia’s interests in the Bank’s Board of Governors and also in the Board of Directors. According to the AusAID/Treasury submission to the current Senate inquiry, Australia’s Governor would be the Treasurer, as is the case with the World Bank, the Asian Development Bank and the EBRD. Our view is that the Governor should be the Minister for International Development or the Minister for Foreign Affairs. The reality is that the Treasurer and the Treasury will have little appetite and time for engagement with the AfDB and its regional governors. It would be much better to place responsibility within the portfolio that has the strongest stake in the relationship with Africa. As for Board representation, Australia will have to reach an accommodation with an existing constituency. The options here are limited, and it looks to us like the Canada/Kuwait/China/Korea constituency is the most likely. However, ensuring Australia’s voice is heard, and that its policy interests prevail, in a diverse, multi-member constituency will be challenging.

A final practical question is what Australia’s financial commitment to the Bank might mean for Australia’s existing bilateral and regional programs in Africa. Logically, these would defragment and concentrate, with non-AfDB, non-humanitarian financing flowing mainly to a few countries. In fact joining the AfDB provides an elegant solution to the diplomatic problem of reducing the program dispersion that occurred over the period 2008-11. Close collaboration with the AfDB in the planning and delivery of Australia’s aid program in Africa should be facilitated by the fact that the AfDB’s areas of primary focus are aligned with Australia’s—namely water and sanitation, food security and natural resource governance. Australia and the AfDB already collaborate closely in Malawi and Zimbabwe. However, there has so far been no indication what an overall aid strategy for Africa might look like once AfDB membership is factored in.

Hovering above these practical questions is one large political question: would the Coalition get behind Australian membership of the AfDB if it wins the election? They have said very little on the subject. The Leader of the Opposition, Tony Abbott, has made one explicit and decidedly negative reference to the idea in his address in reply to the 2012 budget. However, that remark might well have been anchored to its context. The Shadow Minister for Foreign Affairs, Julie Bishop has, as far as we can determine, said nothing at all on the subject of joining the Bank. She is reported to have successfully resisted a proposal by Mr Abbott to cut aid to Africa by nearly $400 million in order to fund disaster reconstruction work in Queensland in early 2011. More recently, she has expressed strong support for the private sector operations of the World Bank Group, through the International Finance Corporation, and of the Asian Development Bank. She might be interested to learn, therefore, that the AfDB’s private sector operations have grown almost tenfold since 2000 as part of its strategy to increase support for private sector development and leverage private investment with a focus on natural resource governance and infrastructure.

Robin Davies is Associate Director of the Development Policy Centre. Joel Negin is Senior Lecturer in International Public Health at the University of Sydney.