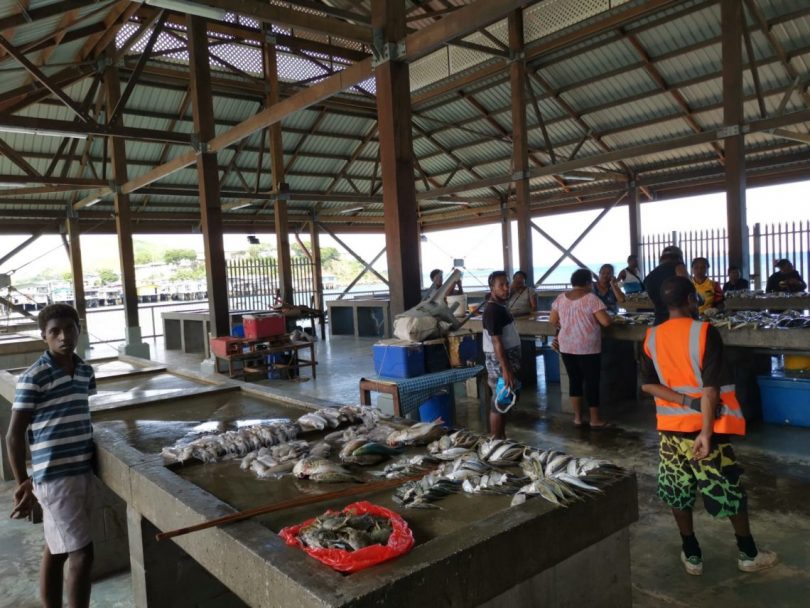 Tuesday, 24 March was the first day of lockdown throughout Papua New Guinea (PNG) in response to the first COVID-19 case in the country. In addition to schools, universities and non-essential public services shutting down, all domestic and international flights in and out of PNG were grounded for two weeks to fight the new coronavirus.

As the state of emergency began, a quick tour around the city showed a significantly lesser crowd on the streets than one would normally expect of Port Moresby. The hustle and bustle of Waigani traffic was unusually calm as the number of PMV buses and cars on the roads was noticeably reduced. I arrived at Vision City (the largest shopping mall in Port Moresby) to pick up a few groceries for myself, only to discover that both side entrances were chained shut and there were still many empty parking spaces available, a rare scene in what would otherwise have been a busy evening. Anybody who arrived at the main gate was immediately ushered by the security guards to the queue and greeted by an infrared temperature gun to the forehead.

As I entered the supermarket, I was drizzled with a generous amount of disinfectant spray and given a couple of drops of alcohol sanitiser in my hands. There were a good number of people who wore facial masks, including staff at the checkout counter, and some even wore surgical gloves. Roaming around the aisles, one would notice that some consumer staple products such as rice, flour, canned food and long-life milk were running near empty and staff were seen restocking them, but most shelves were still full. There was little sign of panic buying and prices were still largely the same, at least for my groceries. At the checkout, every patron was instructed to stand behind a strip of black tape on the floor, spaced one metre apart to observe social distancing rules. At this point, I was very impressed by the preventative measures taken, which on many fronts are more stringent than shopping malls in Australia amid this virus outbreak.

Having said that, my personal experience does not necessarily resonate with others in the city who have been less fortunate.

Taking a further drive out to Six Mile (city east) tells quite a different story. Large crowds could be seen gathering, all were trying to get a foothold into local wholesale shops to do some last-minute bulk purchase for their household. Security guards hired by the shops clearly struggled to control the crowd and police had to be deployed to the scene. People were seen loading up goods on PMV trucks, trying to transport goods to their village as the country headed into a nationwide lockdown. There, the episode of social distancing and preventative measures I experienced in Vision City were clearly absent. Not long after came the news on social media that some retail stores nearby had retracted the price tags on shelves and a minor scuffle occurred between the shop owner and patrons. While there were a few looting cases reported in some parts of the capital, the situation overall was under control with no major social unrest or chaos as feared by many.

The usual Six Mile market, where vendors who reside along the Magi highway would travel down to sell their fresh crops every evening, had vanished. So had the ‘One Kina’ local market in Five Mile – which was known for selling its fresh produce in a bundle of one kina. More established markets in the city such as Koki fish market remained open, but the number of visitors have significantly dwindled. Fresh lobster, which usually sells like hot cakes, sat idly on the bench waiting for buyers. I can only imagine the financial hardship faced by these vendors, many of whom have a large household to look after, during this challenging time. It makes one wonder how far the government is willing to go to lockdown the country at the expense of its already bleak economy in order to combat the new coronavirus.

Having just recovered from a disastrous polio outbreak in 2019, the country still struggles with many health challenges (see here and here). Years of structural failures in health service delivery has seen diseases that in the past had been brought under control through immunisation now seem to be reappearing with the reduction in fully immunised children and the increased difficulty of maintaining a reliable delivery of vaccines. In addition to a high rate of rural poverty and malnutrition in PNG, ongoing epidemics such as malaria and tuberculosis (TB) are still prevalent among its population.

Policymakers in PNG are well aware of the constraints faced by the local healthcare system and the challenge of conducting contact tracing due to its rugged terrain and large rural population. In this aspect, the fear of a pandemic spread in PNG is best summarised by Steven Bullard on the spread of the Hong Kong Flu to the PNG Highlands in the late 1960s: “the lesson of history is that it is almost impossible to prevent the spread of a contagious disease once it has gained a foothold in a susceptible population [in PNG Highlands]” (In Their Time of Need: Australia’s Overseas Emergency Relief Operations 1918–2006, Volume VI (2017), p. 127).

In a nutshell, PNG just cannot afford to be hit by the new coronavirus. It will take a good mix of good luck and good management to keep it out.