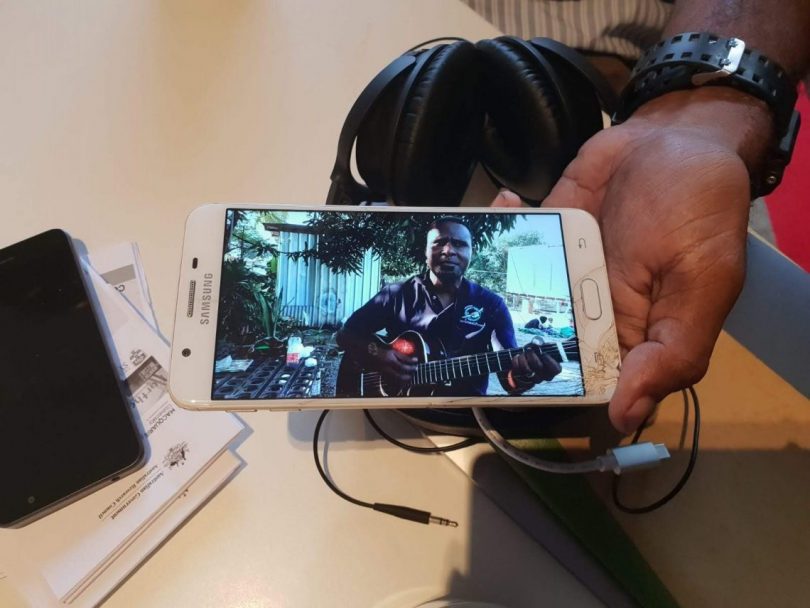 Little is known about the use of mobile phones for sharing music content in the Melanesian region, particularly creative content produced within the region. This post argues this recent phenomenon is worthy of investigation. It begins by providing a background on music production and mobile phones in Melanesia. It then presents research data from Papua New Guinea (PNG), introduces a specific example of a local music sharing service in Solomon Islands, and offers suggestions for further research.

Since the 1980s, locally produced recorded music has been a vital part of Melanesian contemporary culture. This music consists mainly of songs sung in a lingua franca and has been influenced by genres including country, rock, reggae, R&B and rap. Initially, the industry was urban-centred and dominated by a few main companies. In the last 10 to 15 years, the chain of production, distribution and consumption of popular music has moved from analog studios, cassettes and cassette players to laptops, digital files and mobile phones. Production has moved from centralised and professional to widespread and amateur. The sharing of files has moved from SD cards (secure digital cards with memory capacity) and Bluetooth pairing to the use of social media, messaging applications and local Wi-Fi networks. Digitalisation is a global trend not unique to Melanesia; however, research can explore associated practices in the Melanesian context.

In PNG, the uptake of mobile phones increased after Digicel commenced operations in 2007 and began offering network coverage in rural areas. Today, for a population of approximately 8 million people, there are 2.8 million mobile phones in use, of which almost 600,000 are smartphones. Due to a recent merger, there are effectively only two mobile phone companies operating in PNG. Electricity access is limited, making it very challenging for mobile phone owners to keep their handset batteries charged.

In Solomon Islands, mobile phone uptake has been greater as a percentage of the overall population compared to PNG. There are about 700,000 people and 459,000 active mobile phones, 31 per cent of which are smartphones (GSMA 2019). There are two mobile phone companies. Though small household solar power systems are popular, electricity access for battery charging remains a challenge. Hobbis notes that in rural areas of Solomon Islands, mobile phones are used largely for entertainment, including exchanging photos, watching films and listening to music.

The transition from analog to digital media in PNG has been compressed into a shorter timespan than in the Global North. In PNG, Horst and Crowdy* interviewed musicians and others with close ties to music recording and performance. Broadband Wi-Fi is rare in PNG and few, if any, of the people interviewed had access. Most people had Facebook accounts and used Facebook Messenger and WhatsApp regularly. Many were members of WhatsApp groups where music tracks were routinely shared. WhatsApp group membership seemed to be based on existing social and kin relationships. Interviewees described sharing music within these groups and between different groups. One-to-one sharing was also common. Connecting via Bluetooth, once an everyday occurrence, was described as a last resort because it is comparatively slow. If people had limited data, a Wi-Fi sharing program like Share-it or CShare was used. These programs create local Wi-Fi hotspots. Video was also commonly shared, including music videos and movies, again using Share-it. The people interviewed were well aware of the most efficient way to share large files so as to minimise the use of costly data. An application called Tubemate was commonly used to save video content from YouTube locally, thus avoiding having to download it more than once and saving data. 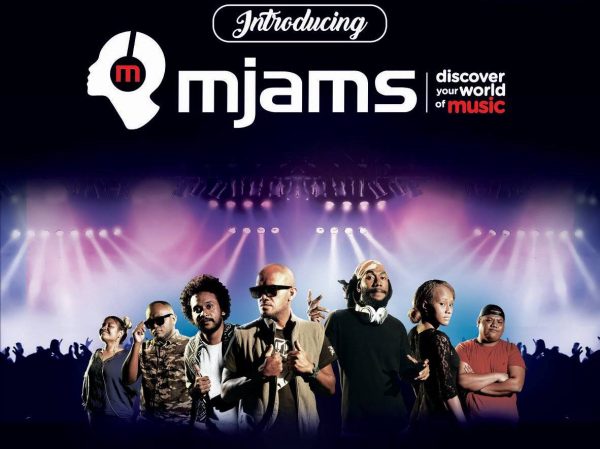 MJAMS is a music streaming service that was designed specifically for the South Pacific. MJAMS commenced in Solomon Islands. It is now also available in Samoa and American Samoa, with planned expansion to five more Pacific markets.

For consumers, MJAMS is designed to dynamically stream at a bit rate in line with both the consumer’s handset capabilities and their telecommunication company’s stream rates, which fluctuate substantially. MJAMS delivers music to mobile phones, causing only very low demands on networks. The service works on all handsets: basic phone owners access content by ringing a phone number and working through menu options, while smartphone users access it via an application. Both options utilise Mobimedia’s billing platform, whereby prepaid credit is deducted and music access provided for that billing cycle, usually daily. MJAMS is also used by telecommunication companies to drive data usage by encouraging basic phone users to purchase smartphones. Thus, the content drives the market.

Models such as Spotify’s cannot work in the Pacific due to the region’s small market size and a lack of credit card facilities for payments. MJAMS collects prepaid mobile phone credit from subscribers. Importantly, MJAMS offers guaranteed revenue share with music artists. There is a guaranteed percentage of the revenues dedicated to the artists each month, which is divided amongst the artists depending on how many streams they generate. For example, if a musician contributes three per cent of a month’s streams, they receive three per cent of that month’s allocation. Payments to artists are made in cash or through direct deposits to bank accounts. MJAMS works directly with artists, drawing on local experience to create an environment similar to a record label, and guarantees payments to artists. This in turn drives artists to promote their content on MJAMS through their own Facebook and social media channels. In this way, MJAMS assists artists to grow their own personal ‘record labels’. Thus, the service is conducive to promoting local content and has driven artists to create more content. Across Solomon Islands, Samoa and American Samoa, there are currently 70 local artists using MJAMS and just under 20,000 subscribers, each streaming around 500 songs per annum.

This post calls for further research beyond the brief outline of recent trends provided here. For example, how might the cost of data affect the viability of streaming services in the region? At the time of writing, an undersea internet cable between Australia, PNG and Solomon Islands, the Coral Sea Cable, is going through final testing. In both PNG and Solomon Islands, domestic internet cables are also under construction. If these developments lead to decreased internet costs and increased speeds as predicted, this may improve people’s ability to gather and share local music.

Further, does MJAMS provide sufficient livelihood income for musicians? Is there a difference between how males and females produce and consume music? Are songs addressing political issues? Is contemporary music strengthening a sense of Melanesian identity? Quantitative analysis of existing streaming and sharing services may provide insights into these questions. Meanwhile, additional qualitative research may be used to further explore such issues.

Denis Crowdy is a Senior Lecturer in music at Macquarie University.

Cameron Jackson is the Chief Operating Officer of Mobimedia.

Heather Horst is Director of the Institute for Culture and Society at Western Sydney University.