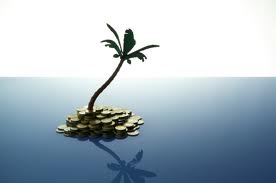 The two largest developing member countries in the Asian Development Bank’s (ADB’s) Pacific region – Papua New Guinea (PNG) and Timor-Leste – also continue to be the region’s fastest growing economies. PNG has now recorded 11 consecutive years of economic growth averaging around 6% per annum, while Timor-Leste has been growing at around double digit rates since 2007. A major driver of the rapid growth in both countries has been their resource export sectors. Government spending from the Timor-Leste Petroleum Fund rose by 65% in 2012, with the ratio of expenditure to non-oil GDP reaching 193%–surpassing the previous high set in 2011. Resource revenues and higher government spending have also helped to drive growth in the PNG economy over the last decade. Since 2009, the economy has further benefitted from a large surge in resource sector investment, the most notable being the $US19 billion liquefied natural gas (LNG) project due for completion in 2014.

The increasing fiscal space facilitated by resource exports has created a sense of optimism in both countries that Government can begin to play a larger role in overcoming the critical development constraints which they face. In Timor-Leste, this optimism has translated into an ambitious national plan to reconstruct and expand its national port, power and road infrastructure and to more broadly distribute the benefits of its oil through veterans’ payments as well as conditional cash transfers. Likewise, PNG’s 2013 Budget commits Government to a significant scaling up of infrastructure, health and education investment, while also attempting to deliver funding more directly to its citizens including an almost 90% increase in sub-national government funding.

While the justifications for significant increases in government expenditure in both countries are clear, it is also vital that these priorities be balanced with maintaining, or in some cases strengthening, the fiscal buffers required for managing the volatility that is endemic to small open resource-export-based economies.

What policy measures can the PNG and Timor-Leste governments adopt to reduce fiscal risks against a backdrop of increased government spending?

First, credible plans to lower future spending growth need to be created. PNG’s ability to return its Budget to surplus, and keep public debt below its target of 35% of GDP, will be difficult to achieve because of unrealistic assumptions which have been included in its forward budget estimates. These assumptions include zero growth in the public sector wage bill until 2017, along with very low growth in goods and services spending.  Likewise, while Timor-Leste enjoys an enviable level of national savings equal to 135% of non-petroleum GDP, the spending growth seen in recent years has necessitated withdrawals from the Petroleum Fund that exceed what the Ministry of Finance estimates can be sustained over the long run. One outside estimate even suggests Fund resources could be depleted by 2018 if recent expenditure increases continue—although government plans indicate expenditures should plateau soon. It will be vital for future spending plans to take proactive measures to ensure that the longevity of this fiscal buffer is not threatened.

Second, both countries need to ensure higher spending does not create an unsustainable level of national infrastructure. Analysis continues to highlight the tendency for PNG Government’s to focus on building new infrastructure, rather than investing in sustainable funding streams for the operation and maintenance of existing assets. This has amplified budgetary pressures, contributed towards higher overall costs, and undermined the quality of service delivery, as new facilities sit idle and funding remains insufficient to adequately maintain new assets. If implemented, the restrictions on goods and services and wages and salaries spending identified in the 2013 PNG Budget have the potential to further amplify this trend. Timor-Leste has also focused on the creation of new infrastructure assets, and is now nearing completion of a national electrical system with generating capacity significantly in excess of current needs.  It is important that plans to develop the national road system and south coast be phased gradually and be developed at scales commensurate with near term demand to avoid generating operational and budget demands that could become unsustainable in the future.  Greater analysis and modeling of the likely long term costs and benefits of some of the major development initiatives proposed would be helpful. Further, expenditures on social safety nets, that have been greatly expanded in recent budgets, need to be designed to ensure improved targeting of benefits in the future  as the need for such programs diminish as the Timor-Leste economy continues to grow and develop.

Third, both countries need to carefully manage the risks and opportunities associated with increasing their stock of public debt. For PNG, a budget deficit expected to reach 7.2% of GDP in 2013, has raised the importance of restructuring the domestic debt portfolio to reduce refinancing risks. PNG’s external debt is mainly long term and highly concessional, but its domestic debt stock (roughly 70% of the total) has a short, and uneven, maturity profile. About 30% of domestic debt is made up of Treasury bills with maturities between 3–6 months. The rest is longer-term debt, but with bunching maturities which means much of it needs to be refinanced around the same time. If government revenues were to unexpectedly fall, or one of the three major commercial banks decided to reduce their exposure to PNG government debt, rolling over existing debt may become difficult. Shifting the domestic debt stock to a longer term maturity profile, with a smoother repayment schedule, would help to significantly lower the risks associated with debt refinancing, and bolster the economy’s ability to handle economic shocks.

With large savings in its Petroleum Fund, Timor-Leste has little need for additional financial resources.  However, it may benefit from the utilization of external resources so long as they can be used to address difficulties the government has faced in scaling up its capacity to plan and implement new public infrastructure and development programs. Further, the Petroleum Fund’s financial performance in recent years means that if Government is able to retain revenues in the in the Petroleum Fund—and finance projects through concessional loans—it could command returns in excess of interest rates on the loans. This would help to generate financial returns as well as enhance the sustainability and impact of its expenditure.

Finally, fiscal risks created outside the budget process must be managed more transparently. In PNG, the reduction in public debt from near 80% of GDP in 2002 to 26% in 2012, has been offset in recent years by a rise in off-budget borrowing, which now equals between 15%–20% of GDP. Major components of this debt include borrowing to finance the state’s equity in the LNG project, large unfunded superannuation liabilities, and contingent liabilities surrounding the successful completion of the LNG project. Progressively reducing these state liabilities and recognizing them explicitly in public debt figures will be important to the transparent management of fiscal risks. Fortunately, in the case of Timor-Leste, all government liabilities remain subject to the formal budget process and the level of transparency in the management of the Petroleum Fund continues to be exemplary, so extra-budget fiscal risks appear minimal. That said, the Government is entering into a number of long-term expenditure commitments which risk becoming politically binding over time and make budgetary reversal very difficult. Clarifying these arrangements and recognizing the ongoing fiscal liabilities which long-term agreements create in Budget documents would help to reduce uncertainty surrounding this aspect of the fiscal outlook.

Even as global commodity prices moderate, PNG and Timor-Leste’s medium term growth outlooks remain strong. PNG’s public debt remains low by historical standards, while Timor-Leste continues to build an enviable level of national savings. While Government plans to increase investment in critical national infrastructure and social services are commendable, this priority must be balanced with maintaining fiscal buffers that will allow these countries to withstand future economic shocks. Raising the economy’s resilience to shocks will be vital to avoid the boom-bust cycles of growth that have tended to plague small open resource rich economies.