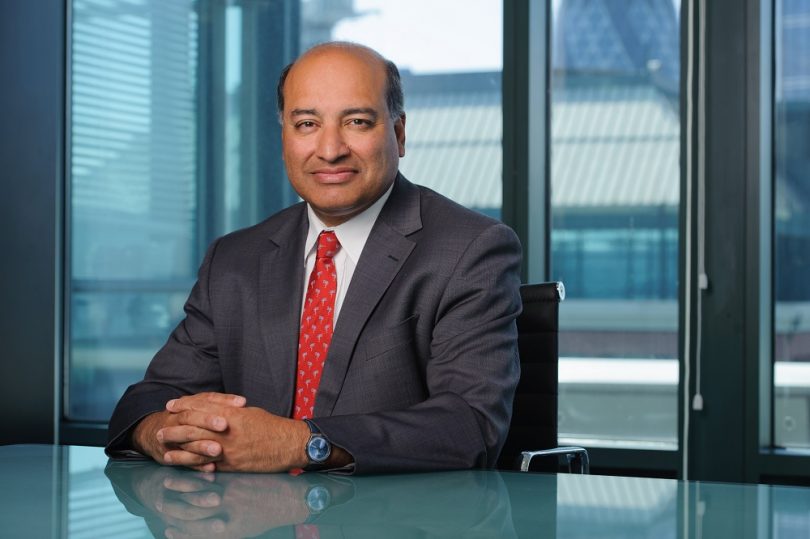 There have been numerous calls for reform of the way in which international financial institutions (IFIs) choose their leadership. The Lowy Institute report on the ADB is the most recent.

As Australia’s Executive Director at the European Bank for Reconstruction and Development (EBRD), I had the opportunity to observe firsthand a Presidential election which broke the mould. (The full details can be found in the Policy Brief upon which this post is based).

Until 2012 the President of the EBRD had always been from France or Germany.

In 2012, the combination of a French candidate who was regarded as unacceptable by many European countries and a German incumbent who had lost the support of his government created a window of opportunity which the UK was quick to exploit.

This led to a hotly and openly contested election, in which there was uncertainty about the eventual winner right up until the votes were counted.

There was eventually a high quality field of candidates.

The incumbent was Thomas Mirow, a German. He was generally regarded as having done quite a good job and I am in no doubt he would have won had he had the support of the German government. However, a combination of internal German politics and alternative German priorities meant he was never able to win Chancellor Merkel’s support. This proved a fatal blow to his chances.

The French candidate, M. Philippe de Fontaine Vive, had good credentials. He had served for some time as Vice President of the European Investment Bank (EIB). However, in that capacity he had become well known in European official finance circles and it quickly became obvious that he was not regarded as suitable by many of the EU countries which could usually be relied upon to support the Franco-German arrangement.

The UK seized the opportunity to nominate the former head of DFID, Sir Suma Chakrabarti, and that guaranteed a heated contest.

The other two candidates were also of high quality, a former Polish Prime Minister and a former Serbian Finance Minister.

Many of the discussions took place within the closed meetings of EU Directors. But, as is obvious from the nature of the field of candidates, they were unable to reach a consensus.

Therefore, other countries were able to be effectively involved.

I was able to gain an insight into British thinking through a series of meeting culminating in a meeting with the candidate, Sir Suma.

As a result of these discussions and approaches by other directors on behalf of the various candidates I was able to report to the Australian Treasury that “a weak French candidate has created a window of opportunity. The French have more cards to play if they choose to do so. The prospect of Chancellor Merkel supporting Mirow is a very remote possibility”.

As the Annual meeting at which the election would take place approached, it became obvious that all the candidates would stay in the field and that it would therefore be the first seriously contested election in the history of the EBRD.

This necessitated significant procedural considerations by the Board of Directors.

The first decision was to hold preliminary hearings. On the day before the Annual Meeting a hearing was scheduled at which all the candidates spoke and answered questions.

This proved to be more than a “going through the motions” exercise.

As a consequence of the opportunity to address the issues surrounding the future of the EBRD and in response to some detailed questions I am in no doubt that the French candidate reinforced perceptions of him as a weak candidate. President Mirow gave a competent and thorough performance which made it clear that if he had been supported by Germany he would have won. It was also clear to me that Sir Suma increased his support as a result of his presentation. The other candidates did well but never had a chance of winning.

The key practical question was the order in which candidates would be eliminated. The decision was made, on my recommendation, to reduce both results to a percentage, therefore giving them both equal weight, and then by summing the two numbers, the candidate with the lowest total would be eliminated.

The voting results by round are shown in the table below. 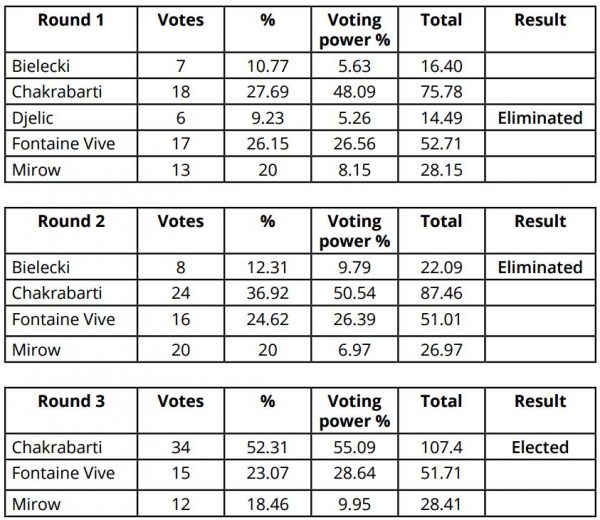 It took an extraordinary conjunction of events to jolt the EBRD out of its comfortable certainty surrounding the choice of presidents.

It is unlikely that such a conjunction will occur again. However, some shareholders have had a taste of the influence that such a contest can give them. They will not necessarily give it up lightly.

Even if it should prove a one-off event it had some positive elements. At the very least it suggests to the beneficiaries of leadership deals that they will have to deliver a suitable candidate or risk facing a contested election with unpredictable results.

It was a fascinating exercise to observe. It may prove to be a one-off but there is a chance that shareholders having developed a taste for democracy may want more.

There is no point in trying to rewrite the rules to require a free and open ballot. It is and always will be a geopolitical decision.

But this does not mean nothing can be done.

Australia should be alert to the possibility of circumstances arising which make a free and open election a possibility in the relatively few IFIs of which Australia is a member. We should also be alert to alternative options to the accepted status quo, such as an Asian candidate for the leadership of the IMF.

It is also possible that by supporting the necessary redistribution of voting power in IFIs to reflect contemporary economic realities we may open up more opportunities for genuinely contested ballots in the future.

Bob McMullan is a Visiting Fellow at Crawford School of Public Policy and an Associate of the Development Policy Centre. Download the Policy Brief, ‘Free, open, merit-based selection for a president of an IFI: a rare case study’, here.