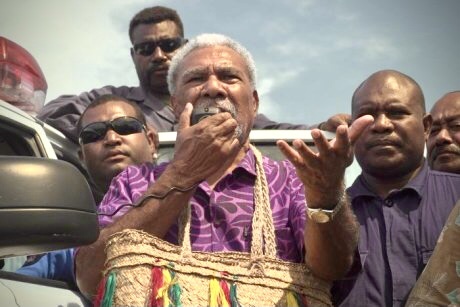 From boom to bust

Following independence, the PNG economy fared relatively well. From 1980 to 1994 it grew at an average of 4% a year. It was a bumpy ride though, with peaks and troughs in growth, notably the closure of the Panguna mine in 1989 and the start of the Kutubu oil project in 1992.

By the mid 1990s, it was clear that there were deep structural problems with the PNG economy: weak law and order; poorly maintained and inadequate infrastructure; an uncompetitive exchange rate; underinvestment in basic services such as health and education; and behind all of this chronic and widespread corruption and mismanagement.

In the second half of the 1990s, the PNG economy was hit by successive shocks against a background of political instability and turmoil: the Sandline affair and a major drought in 1997; falling commodity prices; and a deepening crisis of waste, mismanagement and corruption.

By 1999, the economy was spiralling out of control: government revenues had collapsed; reforms had stalled; an international bond issue had to be aborted; and international finance had dried up. Interest rates skyrocketed—peaking at 28% during 1999—as the government sucked as much credit as it could from the financial system, including through illegal borrowing from the central bank and pressure on commercial banks to keep lending to government.

Teetering on the brink of an abyss in 1999, PNG reached an historic juncture: a choice between continued corruption, mismanagement and waste (and ultimately ruin), or an opportunity for reform and repair.

Cometh the hour, cometh the man

On 14 July 1999, Parliament chose the latter and voted overwhelmingly to elect Sir Mekere Morauta as the 7th Prime Minister.

In perhaps one of PNG’s most powerful speeches, Morauta set out the purpose of his prime-ministership:

He also detailed five objectives for his prime ministership. The first was to restore integrity to PNG’s institutions of state: respecting the law, depoliticising the public service and seeking professional advice on public policy.

The second objective was to restore macroeconomic stability: through effective monetary and fiscal policies, supported by a productive partnership with the IMF, World Bank and the Australian Government.

Morauta’s third objective was budget repair: restructuring expenditure to improve service delivery standards and to maintain and invest in infrastructure; and redrawing the boundaries between the public and private sector, encouraging the latter to play a greater role in service delivery.

His fourth objective was removing obstacles to investment and economic growth: ensuring the competitive provision of security, utilities, finance and foreign exchange, and transport; reviewing the tax system to remove barriers to growth; and prioritising major resource projects (notably gas).

Morauta’s fifth and final objective was to continue the Bougainville peace process following the conflict fought from 1988 to 1998 that left 15,000 to 20,000 Bougainvilleans dead.

In July 1999, Morauta embarked on delivering the most ambitious and intense reform program ever attempted in PNG. During the next three years he would face formidable obstacles: the economy was in ruins, the rot in financial institutions would turn out to run deep, and vested interests lined up to block change. In the short space of just three years though, he achieved extraordinary results.

Less than a month after taking office, the Morauta Government passed a Supplementary Budget to rein in expenditure, increase revenue and contain the deficit. In two years, inflation was reduced from 21.8% to 7.9%; interest rates were reduced from 28% to 10.9%; and foreign reserves rose from US$89 million to US$371 million.

From 1999 to 2002, the Morauta Government passed around 150 pieces of legislation, including:

Beyond this breathtaking legislative agenda, there were other major reforms:

Even this lengthy list barely touches on the achievements of the Morauta Government. Many of the other reforms included changes to the way government worked, behind the scenes, and are illustrative of how Morauta was able to achieve so much in a short space of time.

The second part of this blog explains Morauta’s success, and assesses his legacy. The full two-part blog is available as a PDF file here.

Matthew Morris was an economic adviser to Sir Mekere Morauta from 1999 to 2002, and continued to work for him in later years.